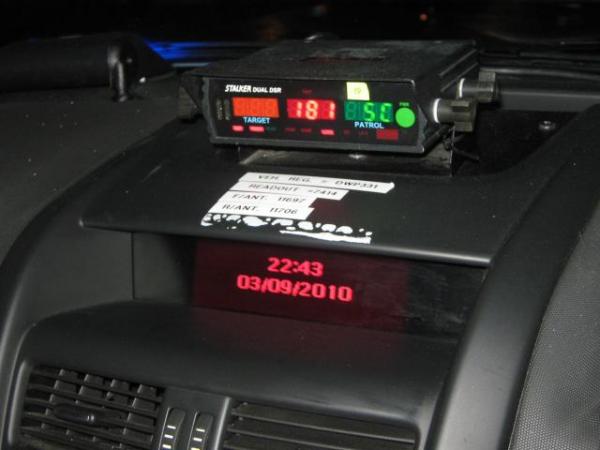 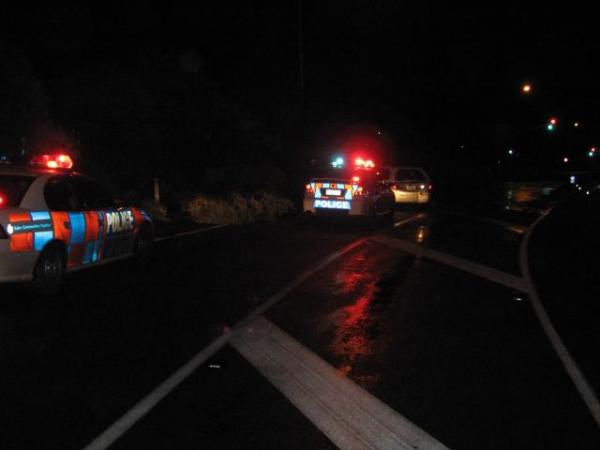 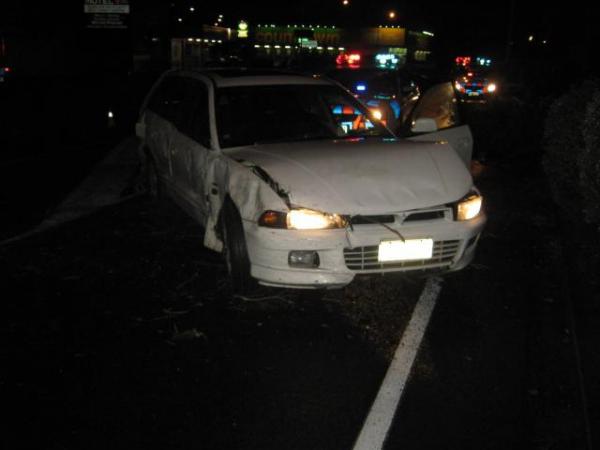 Waikato Police are alarmed about the apparent disregard for the law, public safety and court imposed sanctions displayed by two out of three drivers caught driving between 150-190km/h over the weekend.

Acting Waikato Road Policing Manager, Senior Sergeant Jeff Penno, said in the first incident an 18-year-old engineer was driving his Nissan car up a hill on SH3, on Hamilton's southern outskirts, when his speed was recorded at 152km/h.

"The car was approaching the officer over the brow of a hill which has an 85km/h speed advisory, the driver appeared in court the day before on a charge of 'unnecessary exhibition of speed' and was in complete denial that he could, or would crash.

"The driver said he was out testing his car because it had a fault and went so far as to blame Police as the reason he would lose his job. He was charged with dangerous driving."

In the next incident a Police officer could scarcely believe what his radar was telling him when it locked on to a Mitsubishi Legnum travelling south towards Huntly on SH1 at a speed of 181km/h about 10.30pm.

"The driver's speed increased to 188km/h as he went past, the speed limit on this stretch of the highway is 100km/h," said Mr Penno.

"Though traffic flows were light road conditions were wet and officers held genuine concerns for the safety of not only the public but the driver himself should he lose control at that speed."

A pursuit managed by the Police Northern Communications Centre began with the driver failing to stop and heading towards the intersection of SH1 and Fisher Rd.

"He tried to slow to turn down to turn on to Fisher Rd but was going too fast and he continued down SH1 at speeds around 160km/h.

"He was seen driving on the wrong side of the road heading towards Eastmine Rd north of Huntly and he turned on to this road, heading towards McVie Rd where he was seen to travel over judder bars at the entrace to the mine at a speed of 120km/h, 100km over the posted speed limit."

The pursuit was abandoned when the driver sped back towards Huntly and was recorded travelling at 170km/h in Huntly's 70km speed zone on SH1.

"A Police patrol discovered the car crashed at the intersection of Huntly's Tainui Bridge Rd and SH1, the driver, a 20-year-old disqualified Rotorua man was found in a nearby property a short time later and when breath tested returned a result of 626mgms.

"He was arrested and charged with reckless driving, failing to stop, excess breath alcohol and driving while disqualified."

If that wasn't enough for Police to be concerned about the next day an officer encountered another Mitsubishi being handled like a low flying aircraft, this time on SH26 between Hamilton and Morrinsville about 6.40pm.

"The car was recorded travelling at 173km/h in an 80km/h speed zone, when stopped the driver said he was 'just showing off."

"The 24-year-old driver was charged with operating a vehicle in exhibition of speed."

Mr Penno said of concern for Police was that in each case the drivers were all males aged under 25.

"Two had recently been before the courts for similar offending and all presented a clear and present danger to themselves and other road users before being encountered by Police.

"We are extremely fortunate that neither of these individual's selfish acts resulted in the tragic loss of not only their own lives but those of other innocent road users and we ask people to take stock of the consequences of their actions on the road."