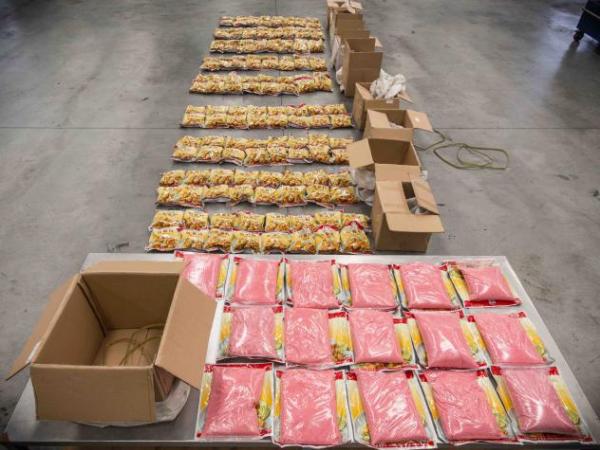 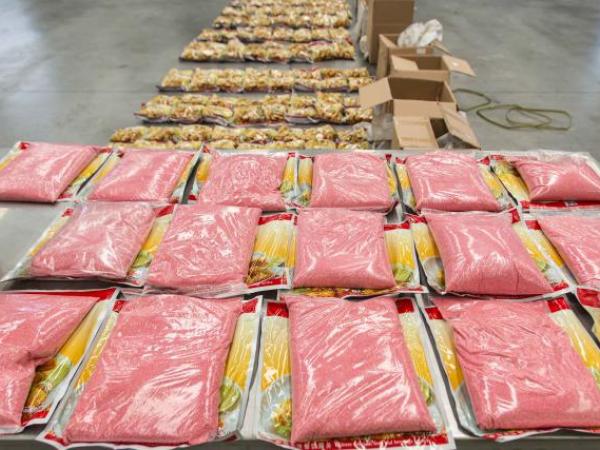 Intelligence gathered during Operation Ghost has led detectives from the Organised and Financial Crime Agency of New Zealand (OFCANZ), working alongside Customs Officers, to intercept a significant consignment of ContacNT and ephedrine.

248 kilograms of Pseudoephedrine commonly referred to as ContacNT and 16 kilograms of pure Ephedrine both of which are Class B Controlled drugs and precursors used in the manufacture of methamphetamine, were discovered when a container ship arrived at Ports of Auckland on Sunday morning.

Detective Inspector Bruce Good of OFCANZ said the consignment was big enough to produce methamphetamine with a street value of approximately $72 million.

“The intelligence gathered during Operation Ghost was critical in assisting Police and Customs identify the importation and it’s whereabouts within the consignment.”

Prior to yesterday’s seizure over 330 kilograms of ContacNT, 15.5 ounces of methamphetamine and approximately $1.5 million of cash have already been seized during Operation Ghost. Over $20 million worth of assets have also restrained during the investigation.

In total Operation Ghost has yielded 594 kilograms, or over half a tonne, of pseudoephedrine during the investigation.

“While we were confident our intelligence was accurate it was still a huge relief when we opened the shipping container at the Customs inspection facility and the drugs were discovered,” Mr Good said.

ContacNT is manufactured legally in China but it is a class B controlled drug in New Zealand.

ContacNT and Ephedrine found in a container during a seizure at the Ports of Auckland. JPG - 57KB

ContacNT and Ephedrine found in a container during a seizure at the Ports of Auckland. JPG - 61KB
Previous
Police SAR Crew Plan For Recovery Operation
Next
Two die in West Coast crash