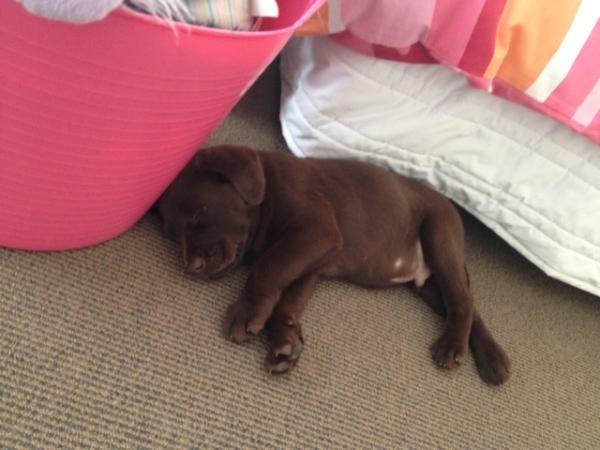 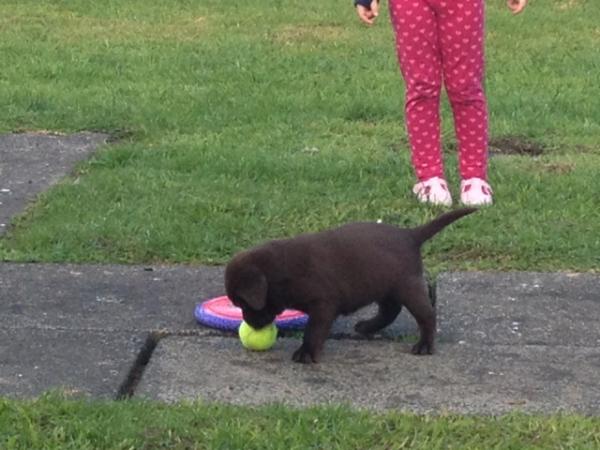 A half hour crime spree in Glen Innes between 9.05pm and 9.35pm last night has left property owners at four separate addresses in various states of shock and grief, particularly a family of five whose 12 week-old puppy was killed in their home by intruders.

A family in Torrington Crescent was targeted at 9.26pm by three offenders, two of whom broke in and threatened the male resident before he retreated with his family to a secure room.

When he felt it was safe to emerge he discovered a grisly scene in the family lounge where their purebred brown Labrador puppy 'Milo' had been removed from his crate and slaughtered.

A 16 year-old youth was arrested near the scene after next door neighbours, who saw him running from the property, tackled and detained him until Police arrived. He will appear in the Auckland Youth Court on Thursday charged with two counts of unlawfully on property.

Police believe all four incidents are linked to the same offenders and are appealing for information from anyone not already spoken with about last night's events.

The first incident was an attempted burglary by one person in Cintra Place at 9.08pm. The offender was disturbed by two occupants while trying to break into their address and fled.

At 9.26pm three people were disturbed by occupants of the first of two Torrington Cres addresses targeted. The offenders fled over the fence to the neighbours' property where they challenged the home owner, smashed through a glass door and subsequently killed Milo.

Early indications are that no property was stolen from that address which is home to the family of five, including three children aged nine, eight and four.

A short time later a woman arriving at her home in nearby Castledine Crescent was confronted by a young man who physically threatened her and subsequently stole her smart phone before fleeing over a fence.

Anyone with information about who might be responsible for any or all of last night's events should contact Glen Innes CIB on 09 524 1921 or e-mail karen.hoshek@police.govt.nz