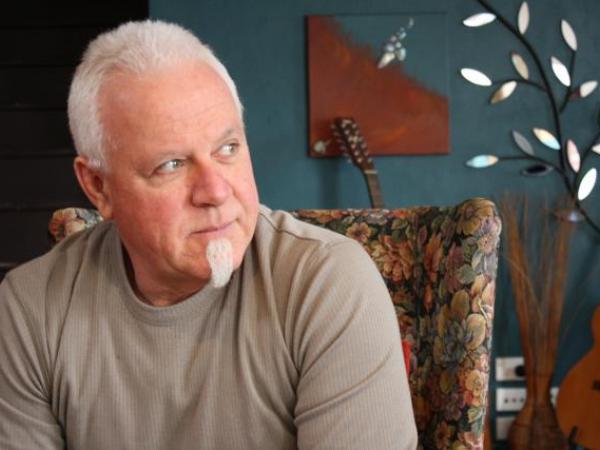 The Tauranga officer who is being hailed a hero for saving the life of a crash victim earlier this week says his heart goes out to the family of Greg Woledge who died in the crash.

Constable Deane O'Connor, who has been a police officer for 13-and-a-half year, is still not ready to speak publicly about his actions. The ordeal has taken its toll both physically and emotionally and he is requesting his privacy to fully recover and spend some quality time with his family.

He is, however very aware of the effect that events on Monday night have had on those involved, the Tauranga community, and in particular the family of Mr Woledge, and the friend who survived, so he has agreed to make some limited comment through the Police.

"It was one of the difficult things while we were in the water because he [the passenger] knew his friend was gone," said Deane. "It's very hard because you feel elated that someone has survived, but you also can't help feeling for the family who have lost someone, especially someone who is a young dad. I've got four kids and I'd be devastated. My heart goes out to his family."

Deane, who wouldn't call himself a strong swimmer, credits his own survival in part to the unnamed passenger. The pair talked the whole time they were in the water.

"It was just about keeping each other happy and keeping going. We just talked about all sorts; I can't remember what. My focus was just on keeping him calm. I knew I could last as long as my body would let me; I wasn't tired at all. He pretty much helped me get out in a sense. It's quite scary; you're really fighting that urge to panic and all my talking to him was actually helping to keep me calm."

Constable O'Connor has also been overwhelmed by the response to his actions. Numerous messages of support and best wishes have been sent to Dean via Tauranga Police Station and social media. "It's quite humbling. I don't like being in the limelight; I struggle with this kind of thing and if I could hide under a blanket I would."

One of the most common questions since Monday has been around Deane's thought process that night and what makes someone make the decision to put their life on the line.

He was first on the scene, arriving just a minute or two after the call went out on the radio. As he got out of the car, people were telling him that someone was in the water, going under and screaming for help. Dean immediately took his police safety vest off.

"I hadn't even made a decision at that point; hadn't thought about jumping in. For some reason I just took the vest off and threw it in the back of the car. I went to the bridge, someone had a torch on him and I saw him go under the water and then come back up again. I just started stripping down. I could hear someone saying 'someone has to do something'; and some people saying 'you can't go in, you won't make it' and I kind of just ignored that. It was a calculated risk – I assessed the situation pretty quickly. I don't think I ever thought I couldn't do; it's hard to explain. I've never felt fear like it. I was shaking and am not sure whether that was the cold or the anticipation of what I was about to do. It was only when I climbed over the rail that I actually started thinking 'what am I doing?' and then I saw him go under again and for that split second everything went calm and I just jumped."

Until such time that Deane feels ready to talk personally, Police ask that his request for privacy is respected.