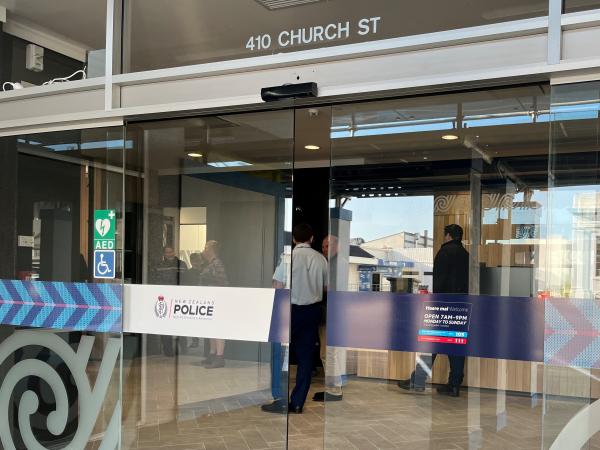 The public counter of the Palmerston North Police Station reopens to the public from today (Tuesday 27 September), and its return was celebrated with a karakia and blessing.

The station is currently undergoing a significant refurbishment and during work on the station’s public area, the front counter moved to the adjacent Central District Police Headquarters, allowing Police to continue providing service and support to the community.

Now, 10 months later, the counter is back in its proper home and the first official business it saw today was a karakia and short ceremony celebrating its return.

Area Commander Inspector Sarah Stewart says the months of work has made the front counter area more welcoming and functional.

“The front counter and wider area has undergone a significant transformation and we are proud to offer our communities a modern and comfortable environment for them to engage with us in.

“We appreciate the public’s understanding and support while we operated out of the temporary front counter next door.”

The only change for the public is going to the station and not the Central District HQ temporary front counter, which will close.

The newly refurbished station front counter will operate from 7am to 9pm, seven days a week. The afterhours assistance button will also be available for people outside of these hours.

If you have an emergency call 111 immediately. For Police non-emergencies call 105.