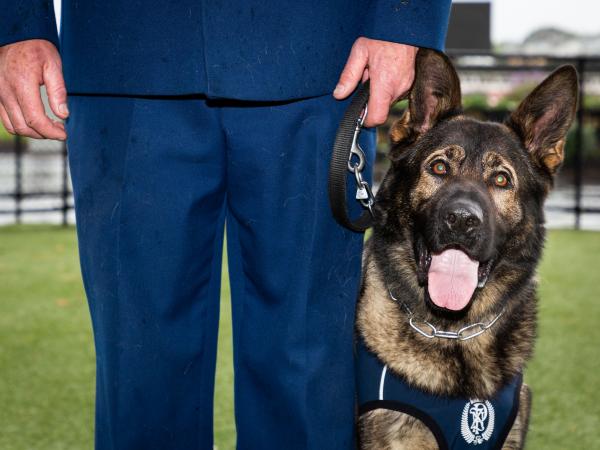 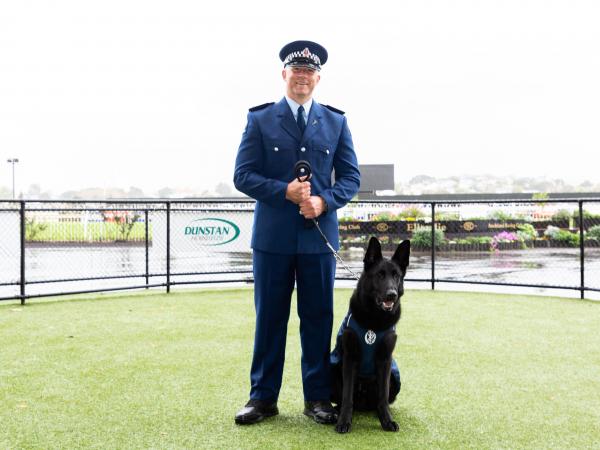 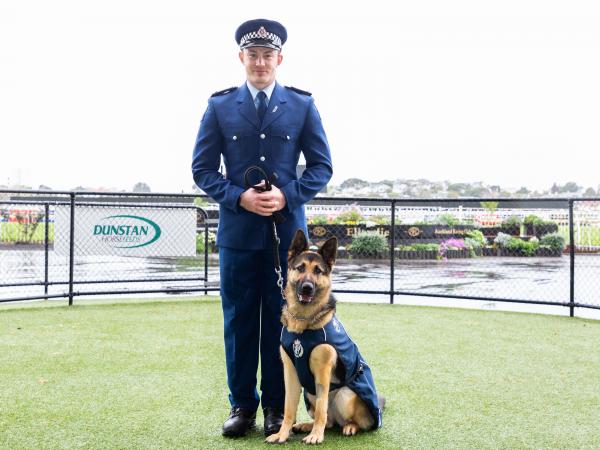 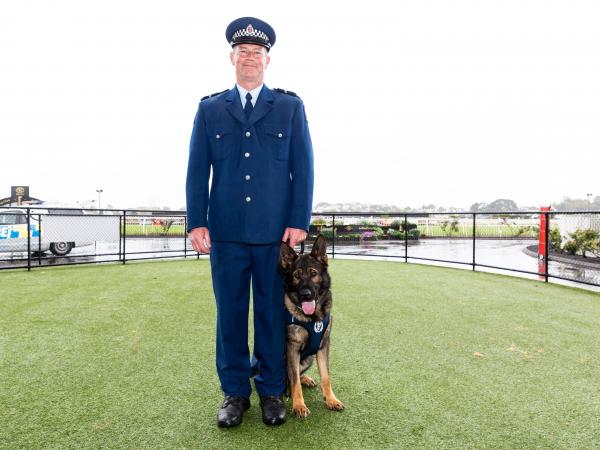 Three new Auckland based dog handlers have now graduated and are ready for active duty.

Last Friday, September 18, the handlers and their dogs graduated at a ceremony at Ellerslie racecourse, after months of intensive training.

The three dog teams are Senior Constable Karl Pennington and his dog Iton, Constable Stu Clarke and dog Tarr, and Constable James Napier with two and a half year old dog Jessie.

Senior Constable Karl Pennington has been working for Police for over 20 years, having joined back in 1996.

He became part of Dog Section in 2006, with Iton being his fourth operational Police dog.

He says he’s looking forward to getting stuck into active duty and helping keep the community safe.

“We’re excited to get out on the streets and make a difference,” he says.

Meanwhile, Friday marked a first for Constable James Napier, who is graduating for the first time as a Police Dog Handler.

Constable Napier has been working in the Counties Manukau area since he joined Police in 2013 and has fostered several Police dogs before getting Jessie.

“It’s been a long time coming, and there’s been a lot of work involved, so I’m very proud of my girl, she’s done well,” he says.

Constable Stu Clarke has been with Dog Section since 2018, having previously worked on the Public Safety Team in Papakura and in various other roles within Police.

Three-year-old Police Dog Tarr was gifted to Police in 2019, and Tarr and Constable Clarke have been inseparable since.

Inspector Todd Southall, National Coordinator of Police Dogs, says Friday was a proud day for the handlers and those who have supported them.

“The handlers have worked so incredibly hard to achieve their operational qualification and it's a great achievement.”