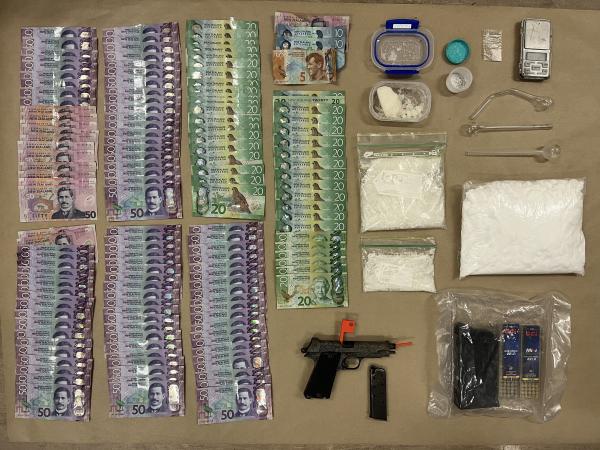 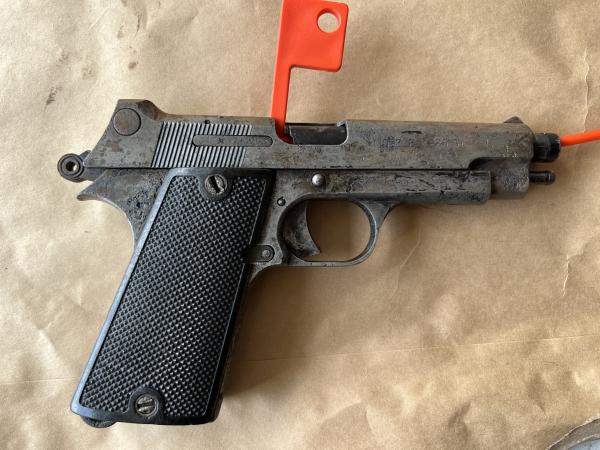 Illegal drugs and a prohibited firearm have been located during a search warrant in Auckland being carried out under Operation Cobalt.

The search warrant was carried out at a property on Postman Road in Dairy Flat this morning with assistance from the Armed Offenders Squad.

“During our search of the property today Police located a prohibited semi-automatic pistol, ammunition and a quantity of drugs,” says Detective Inspector Proctor.

Police also seized a sum of cash, totalling more than $5,000, as part of the search.

A 38-year-old man, who is a patched member of the gang, was arrested at the address in relation to the items found by Police.

Further charges relating to possession of a substance with intent to manufacture and possession of methamphetamine for supply have also been filed.

The man is expected to appear in the Waitākere District Court tomorrow.

Additionally, two men, aged 32 and 47, were arrested for unpaid fines and they have been dealt with at the Court.

“Today’s search warrant is part of the ongoing focus of Operation Cobalt targeting and disrupting illegal behaviour being committed by gang members in our communities,” says Detective Inspector Proctor.

“Police will continue to hold those to account who are found to be engaging in this sort of activity. We cannot rule out further charges being filed as part of our ongoing enquiries into this matter.”