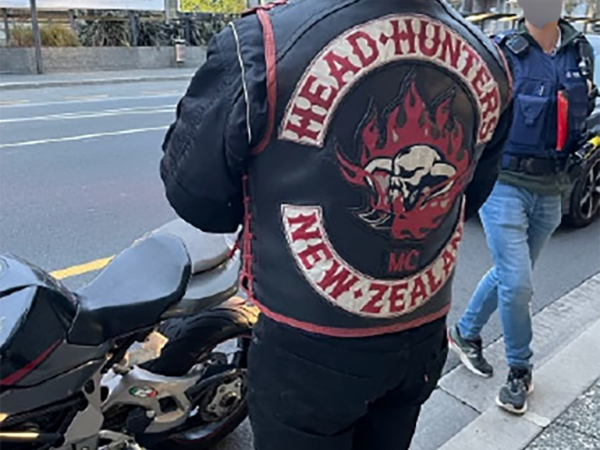 Police visibility is continuing to have an impact on gang members’ plans and behaviours, with the disruption of an event in west Auckland recently.

Last weekend, Police deployed to a Head Hunters event due to take place in Henderson on Saturday.

Detective Inspector Aaron Proctor says a combination of staff from Operation Cobalt and Tāmaki Makaurau set up checkpoints in the area.

“Our presence has had a significant impact on gang members’ and associates’ plans, as they were met by mobile patrols after attempting to evade our checkpoints in surrounding streets.

“The small numbers that ended up attending did so on foot and without any further issues or disruption to the public.”

Detective Inspector Proctor says a key part of Operation Cobalt is about ensuring Police visibility at these kinds of events.

“We know in the past some of the behaviour exhibited on public roads around these events has caused disruption and posed risks to the wider public.

“We are seeing that our visibility is having an impact with gang members altering their behaviour in public.”

Those stopped and spoken to last Saturday remarked that they were aware of Operation Cobalt and were acting on their best behaviour, Detective Inspector Proctor says.

Ultimately there were no further issues or disruption to the public as a result.