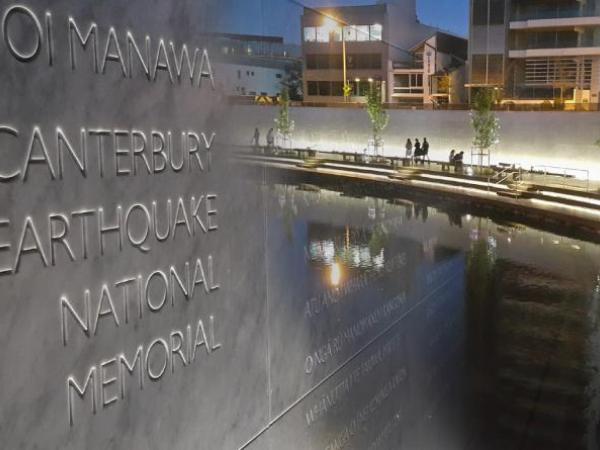 Home > News > Outcome of investigation of collapse of the CTV building

Police has determined that there will be no criminal prosecution in relation to the collapse of the CTV building in Christchurch in February 2011.

The families of the CTV victims, including those overseas, were advised of this decision earlier today.

We recognise that there will be significant public reaction to this decision.

This follows a very complex, technical investigation involving expert engineering advice, reconstruction and examination of structural elements of the building, excavation of the CTV site, plus legal reviews by the Christchurch Crown Solicitor and Crown Law.

The investigation identified significant deficiencies in the building’s design, and police considered charges of negligent manslaughter.  The Solicitor General’s prosecution guidelines were applied, as they are to all prosecution decisions by police.

However after very careful consideration of all the information, legal advice and expert opinion available to us, police has concluded that the evidence available is not sufficient to provide a reasonable prospect of conviction in court. Furthermore, technical legal obstacles were identified regarding the length of time after the conduct of individuals and the deaths occurring.  This is a further barrier to prosecution.

Crown Law has provided a summary of its position. This is included at the end of this media statement to assist in understanding of the police decision. The full Crown Law opinion, along with other documents including expert reports, have also been released today and can be found at http://www.police.govt.nz/ctv

We are acutely aware that there will be disappointment with this decision, particularly for the families and friends of those who died in this tragedy. The issues have been very difficult and finely balanced, particularly as the advice and expert opinion has evolved as the investigation progressed.

Ultimately, the decision must be based on the evidence before us and the thresholds we must meet.

It is not simply a matter of letting the court decide. Before we put a criminal case before the court we must be satisfied that there is a reasonable prospect of conviction based on the evidence available. Any prosecution must prove its case ‘beyond reasonable doubt’. These tests apply to any criminal matter which we put before the court.

I can assure everyone touched by this tragedy that police has worked tirelessly and diligently on the investigation. I would like to acknowledge the commitment and professionalism of all the staff involved.

I am aware that some will question why the findings of the Royal Commission of Inquiry into the CTV collapse do not allow a prosecution to proceed. While the Royal Commission was a detailed and thorough examination of the issues which ultimately led to the collapse of the building, its evidence and findings are not in themselves sufficient to meet the test for prosecution, even with the further information gathered during our investigation.

Police intends to meet with families in the near future to discuss the decision further, and answer their questions.

Finally we again extend our deepest sympathies to all those who lost loved-ones in the CTV building. This tragedy affected not only New Zealanders, but also families around the world who suffered the loss of loved ones.

The victims also included a member of New Zealand Police, and our thoughts are very much with all these families today.

Key facts about the investigation:

Size of investigation file:  Over 18,000 documents.

Numbers of staff involved: Up to 13 at any one time.

“The decision whether to prosecute rests with Police.  But in a complex or high-profile case it is usual for Police to consult with the local Crown Solicitor, and also with the Solicitor-General, before making a decision.  In this case Police completed their investigation report on 26 May 2017 and sought the advice of the Christchurch Crown Solicitor, Mark Zarifeh.  Mr Zarifeh’s advice was in turn reviewed by the Deputy Solicitor-General (Criminal).

Decisions to prosecute are governed by the Solicitor-General’s Prosecution Guidelines. The Guidelines provide for a two-stage test:  (i) the admissible evidence must be sufficient to provide a reasonable prospect of conviction (“evidential sufficiency”); and (ii) the prosecution must be required in the public interest.

The investigating Police identified potential charges of negligent manslaughter in relation to Dr Alan Reay and Mr David Harding, the engineers responsible for the design of the CTV building.  Police were assisted by a comprehensive engineering report from Beca, which identified a number of significant deficiencies in the building’s design.  Beca’s report was peer reviewed by two independent experts, one of whom is based in San Francisco.

Negligent manslaughter is an exception to the normal principle that serious criminal offences require a blameworthy state of mind.  But “ordinary” negligence, or failure to take reasonable care, is not enough.  The prosecution must prove, beyond reasonable doubt, that the particular defendant’s conduct was a “major departure” from the standard of care expected of a reasonable person in the circumstances.  This can be a difficult threshold to meet.  It requires the jury to be sure that the conduct was so bad that it deserves to be condemned as a serious crime.

The prosecution must also prove that the defendant’s negligence caused the death of the individual or individuals concerned, although it need not be the only cause.  This too can be difficult, especially where an extreme event such as a natural disaster intervenes.

The Crown Solicitor and Deputy Solicitor-General both advised that the “evidential sufficiency” test was difficult and finely balanced.  Both considered there were real issues with proof of “major departure” and of causation.   Neither considered the prospects of a successful prosecution were high.

With some reservations, the Crown Solicitor thought the evidential sufficiency test could be satisfied, relying heavily on Beca’s opinion.  The Deputy Solicitor-General disagreed, and thought a conservative approach was warranted.  While the prosecution case is supported by Beca’s report, it is not “trial by expert” and the Guidelines require consideration of other evidence, as well as of likely defences.  A key difficulty for the prosecution would be in proving the CTV building would not have collapsed in the absence of the identified design errors.  The expert peer reviewers were cautious about drawing this conclusion.

There is also a technical obstacle to prosecution in this case.  The Crimes Act requires death to have taken place within a “year and a day” after the defendants’ negligent conduct ceased. The “year and a day” rule has not been the subject of much consideration by the courts.  But the Deputy Solicitor-General considered it is likely to be a complete bar to any prosecution.  On the most natural interpretation of events, the alleged negligence ceased when the design process was complete, in 1986.  The year and a day rule is an historical anomaly and law reform is currently being considered.”

Additional note:  Police has released a number of documents in relation to this statement including legal opinions and engineering reports to assist in further understanding of the decision. These documents are available via the New Zealand Police website http://www.police.govt.nz/ctv