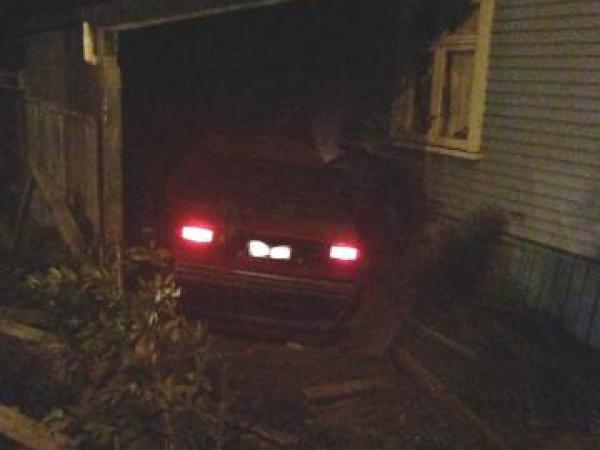 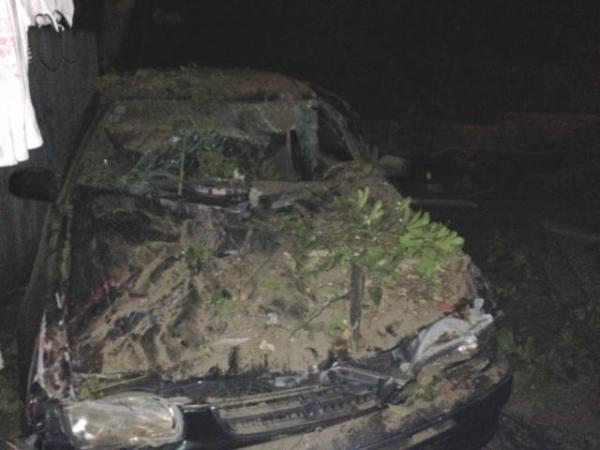 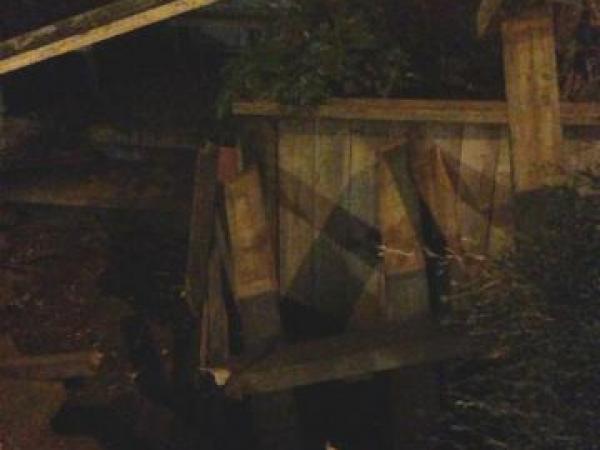 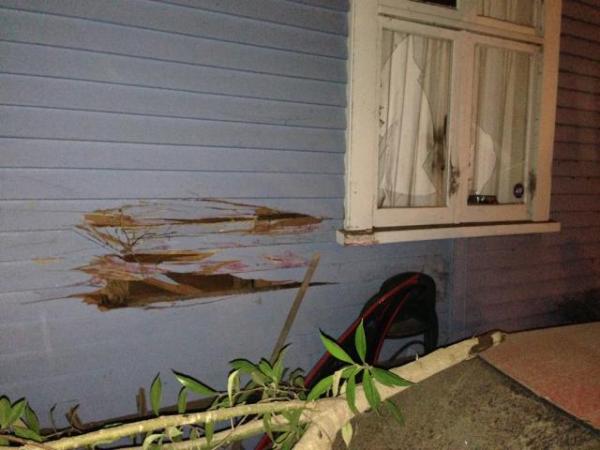 Selfish, that's how Police describe the actions of a fleeing driver who rammed a patrol car and then sped off, coming to a halt after smashing into two properties and landing on top of a parked car and into a house.

Hamilton City Area Commander, Inspector Greg Nicholls, said the incident began on Wairere Dr shortly after 2am when officers in a Police patrol car pulled over a Ford Falcon in a routine stop.

"The driver of the Ford has pulled to the left and stopped his car but as an officer got out of the patrol car to speak to him, the driver has extinguished his lights and suddenly reversed into the front and on to the bonnet of the Police car before fleeing the scene at speed.

"The damaged patrol car has followed the fleeing driver on to Hukanui Rd and south on to Bankwood Rd before the driver of the Ford failed to negotiate the intersection with Clarkin Rd."

Mr Nicholls said the Ford left the road and crashed down on to one property, smashing through a wooden fence and a neighbouring carport.

"Because the properties lie below the road the car landed on top of a car parked in the carport before smashing into a house. The offending driver hasn't stopped to account for his actions though; instead he has fled the scene on foot.

"He wasn't at large for long however as about 20 minutes later a member of our staff manning a cordon noticed the offender and arrested him just as some of his associates arrived to try and spirit him away."

While he was pleased an offender is being held to account Mr Nicholls said this is little comfort to the two families whose lives were disrupted by the driver's selfish actions.

"Here we have one family who woke to find their fence demolished while their neighbour's now have to deal with a damaged carport, written off car and damage to their home because of poor decisions made by a selfish 29-year-old man they didn't even know.

"Though shaken the occupants of both properties hadn't lost their sense of humour as they praised Police for apprehending the offender and remarked over a cup of tea that this was the first time they had met."

Mr Nicholls said the other people affected by this incident were his staff who acted commendably when faced by such a confrontational incident.

"Our staff are all highly trained but little can prepare you for situations like this. I am proud that despite being shaken by their ordeal they stood up and accounted for the offender who will appear in the Hamilton District Court today on assault with a weapon, reckless and dangerous driving, disqualified driving and failing to stop charges."