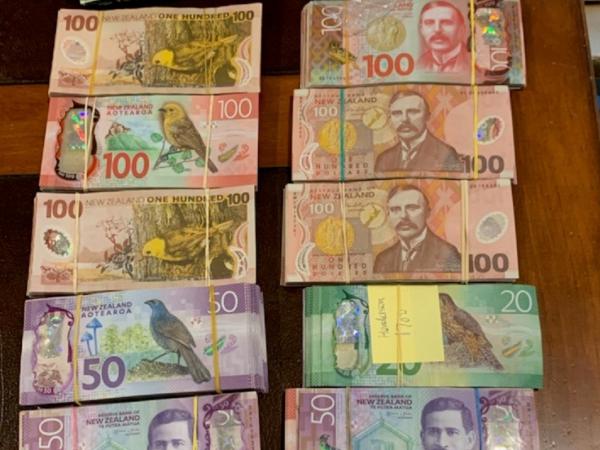 A Bentley, two Porsches and two Range Rovers have all found themselves on the back of a tow truck in Auckland today.

The luxury vehicles, with the addition of a Mercedes and a BMW were all restrained as part of an operation by the Police Financial Crime Group into individuals suspected to be involved in illegal activity relating to money laundering and related offences of upwards of $100 million.

Twenty three search warrants have been carried out by Police at properties across Auckland today.

Seven people have been arrested and are facing money laundering and related charges.

One person is also facing charges relating to the supply of Methamphetamine after a quantity of the drug was located at one of the addresses.

Eight properties have been restrained in central Auckland, Albany and Glenfield.

The total value of all luxury vehicles, properties and bank account funds restrained in today’s operation is approximately $6 million.

However it’s alleged those involved with the company, which has been running since 2017, also laundered millions of dollars; funds Police suspect those involved knew had been gained through criminal offending such as drug dealing, fraud, theft and burglary.

“The sums of money involved are staggering. Our investigation has discovered that this group of individuals have dealt with transactions in excess of $120 million,” says Detective Superintendent Iain Chapman, National Manager, Police Financial Crime Group.

“While it’s possible some of these funds are legitimate, as a result of months of investigation Police suspect a significant amount of these funds dealt with were illegally gained through criminal offending.

“The investigation team will now work to reconstruct the activities of the business to determine the source of these funds and our enquiries are ongoing in this area.

“Money laundering is not a victimless crime. Organised crime is all about money, whether it’s drug dealing on the street or importing large amounts of drugs. Money launderers who move the funds generated from this criminal activity threaten the safety and security of our communities by enabling these organised criminal groups.

“We’re going to keep targeting these offenders as well as organised criminal groups, and wherever possible, we’ll be restraining the proceeds of their crime, their properties and their vehicles.

“I want to acknowledge the hard work and dedication of the Operation Martinez team who have worked for the best part of a year to reach today’s results,” says Detective Superintendent Chapman.

They are expected to appear in the Auckland District Court on Thursday, 5th November 2020.

It follows the conclusion of a similar money-laundering operation – Op Brookings – by the Financial Crime Group last month which resulted in six arrests and $5 million in assets restrained.

Note - footage of today's operation and restrained assets will be available to supply to media later this afternoon. Please email media@police.govt.nz to request a link to the downloadable footage.

More than $100,000 in cash was located at one address during search warrants JPG - 439KB
Previous
Alfriston Road homicide: media advisory
Next
Operation Martinez Update (and link to footage)