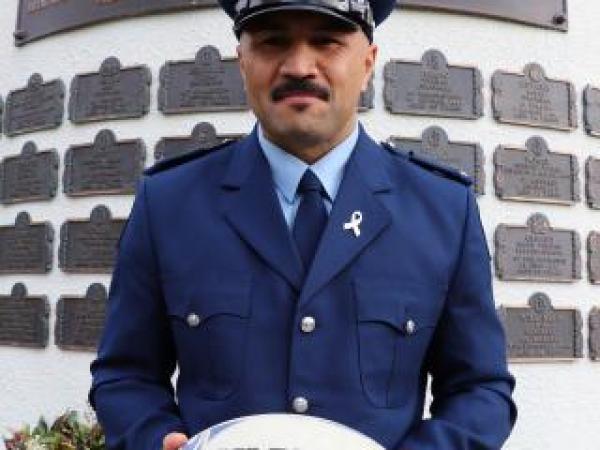 Seventy-eight talented New Zealanders will be proudly lining up at their police graduation ceremony on Thursday at the Royal New Zealand Police College.

He has been a professional rugby player in the UK, Europe and Japan and has three children, each born in a different country (New Zealand, Japan and France). Andrew says the lack of security he felt overseas has motivated him to provide a more secure environment for his children and others in New Zealand.

“I have a deep appreciation for New Zealand as a safe community compared to the experiences my family and I endured while living in Europe. I wanted to return my children home for security reasons, but also to add my contribution to keeping New Zealand even safer.”

Olympic swimmer Constable Natalie Wiegersma says she’s a Southland girl at heart, although currently living in Tauranga. She is proudly the first female from Southland to have represented New Zealand in swimming at an Olympics – the 2012 Summer Olympics where she raced in the 400 metre and 200 metre women’s individual medley. She also competed in the 2010 Commonwealth Games.

Natalie has done missionary work in Africa with children, gained a Certificate in Intercultural Studies and a Bachelor of Media Arts, and is now focusing on helping her community.

Constable Oriwia Taylor says she comes from humble beginnings, was raised in Waikaremoana and is proud of her Tuhoe heritage. She considers herself a country girl that loves her marae and hunting.

Oriwia spent a small portion of her life in Australia, working “on the roads and in bars”. She has coached netball, worked as a cook, and before joining the Police she worked for her iwi at the Waikaremoana Tribal Authority.

Oriwia has completed concurrent degrees in Business Management and Recreation and Sports.

She gives back to her community by volunteering for the local Fire Service and local Search and Rescue team, and by coaching “Bush Fit” classes that help the local kids and adults learn about staying active and healthy eating.

Oriwia loves sports and has competed nationally and internationally in waka ama.

“I’ve joined the Police because I love my community. We have a drug, gang and alcohol problem, and I just want to be able to show rangatahi there are alternatives out there.”

Commissioner Mike Bush, other members of the Police Executive, Police Minister Hon Stuart Nash and wing patron Venkat Raman will also be present at the ceremony on Thursday 1 August.

Venkat Raman is a community leader who has been the editor of Indian Newslink, based in Auckland, for the past 20 years. In this role he provides a New Zealand-India perspective on current affairs and has had a focus on giving back to the community through Indian Newslink awards and scholarships.

The new constables will have a one-week break before starting duties in their districts. The wing is being dispersed as follows:
Northland – 2
Waitematā – 12
Auckland – 2
Counties Manukau – 19
Waikato – 7
Bay of Plenty – 6
Eastern – 4
Central – 5
Wellington – 7
Tasman – 2
Canterbury – 7
Southern – 5