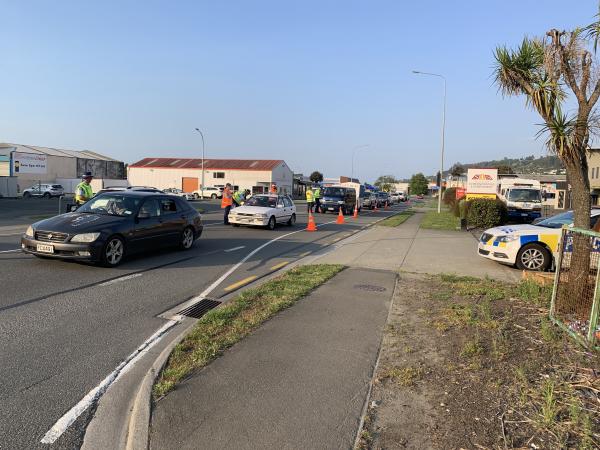 Nelson Police are urging people to put safety first following a weekend road safety operation. Police set up a number of checkpoints across the district on Friday and Saturday focusing on impaired drivers.

Nelson City Council also joined the checkpoints and handed out chocolate Santas to sober drivers and passengers. Over 2200 drivers were breath tested over the two nights. Five drivers are facing prosecution for driving with excess breath alcohol, a further six drivers have had infringement notices issued and are forbidden to drive.

“The number of people driving impaired is disappointing and indicates people are not planning ahead to get themselves and other road users home safely,” Tasman Road Policing Manager Senior Sergeant Grant Andrews says.

“One of the drivers facing prosecution had been at a work function and the employer had arranged for prepaid taxis and a courtesy coach. However, the person still chose to drive," sSenior Sergeant Andrews says.

“It’s clear that the message is not getting through to some drivers and they are choosing to place themselves and other road users at significant risk. There simply isn’t any excuse for this behaviour.”

People need to make a plan when socialising and that should include for the following morning when they still may have alcohol in their system placing them over the limit. Passengers also have a role to play – if your driver is impaired, take their keys and don’t get in the car. If you are in any doubt at all about being safe or legal to drive after drinking, don’t drive.

Police will continue to carry out operations such as this leading into Christmas and throughout summer.

“Drivers can expect to see a greater presence on the roads and expect to be breath tested. We want people to be able to have a safe and enjoyable Christmas. That means all road users being responsible and looking out for each other.

"Always wear your seatbelt, put your phone away before you start driving and focus on what you’re doing, always drive to the conditions and within the speed limit, and never ever drive impaired by drugs, alcohol or fatigue. It’s not worth your life or anyone else’s.”