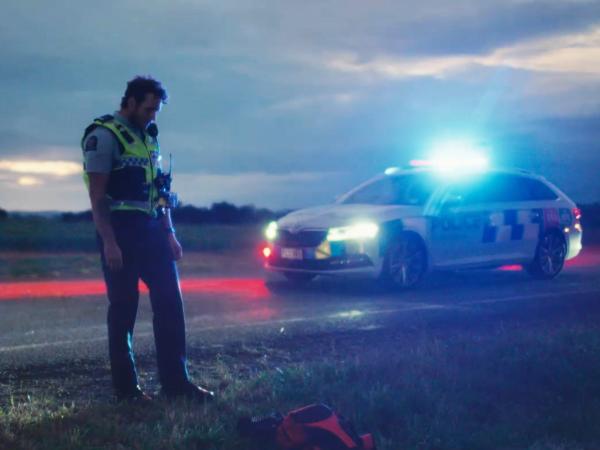 Home > News > There are no excuses

There are no excuses to speed – that’s the simple concept of a new road safety marketing campaign which has been launched by Waka Kotahi NZ Transport Agency and NZ Police.

Superintendent Steve Greally, Police’s National Road Policing Director, says officers hear the same old excuses from drivers when they’re caught speeding, time and time again. But Police also have to witness the sometimes horrific consequences when there’s a crash. Drivers have a variety of reasons to justify their speeding and many simply don’t believe they will be caught, crash or hurt anyone.

“There’s just no reasonable excuse for speeding. We see the unnecessary harm on our roads as a result of excessive speed every day. Police are committed to making Aotearoa New Zealand’s roads safer, but we need everyone to play their part in reducing the number of deaths and serious injuries,” says Superintendent Greally.

“We want you to get to your destination, so slow down, drive to the speed limit and drive to the conditions. And know that you can expect to see Police out on the roads – anytime and anywhere.”

Tara Macmillan, Portfolio Manager Road to Zero, says excessive speed or driving too fast for the conditions are contributing factors in almost all crashes that either kill or seriously injure drivers and their passengers, and speed plays a crucial role in determining the severity of a crash, no matter what caused it.

“Travelling at the safe and appropriate speed is incredibly important in reducing the current level of harm on our roads. Alongside enforcement, ensuring the speed limits on streets and roads are appropriate plays a large role in keeping everyone safe, no matter how they travel,” says Macmillan.

“Waka Kotahi and local councils are implementing safe speeds across the motu, contributing towards creating a safe transport system—and we want New Zealanders to do their part by driving to the conditions and under the posted speed limit.”

Through My Eyes launched on 11 December, with an initial run of digital and out of home ads. On 20 January the second portion of the campaign launched on television, radio, video-on-demand and YouTube. It is also rolling out on digital and social channels, running through February.

A still from the new road safety marketing campaign showing a police officer next to a police car with its lights on. JPG - 505KB