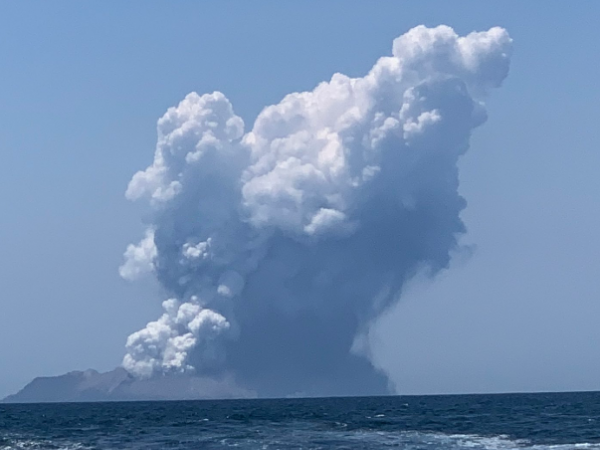 Today, Police has been working with Defence and Fire and Emergency NZ (FENZ) to determine conditions on the island including gas levels in the atmosphere, so that we can understand the nature of the current conditions.

This will involve the deployment of drones carrying specialist measuring equipment in order to collect and analyse gas levels.

This data and information will inform the next steps we are able to take.

Windy conditions this afternoon have meant drones have been unable to be deployed yet, but they will be as soon as conditions allow.

We are continuing to take advice from scientific experts including from GNS Science, who are considering three aspects of the recovery operation:

We understand people’s desire to recover their loved ones and we are working around the clock to get onto the island so we can recover them as soon as possible.

Based on the effects of the eruption on the bodies, this recovery will need to be handled with expert skill and care.

Police is in a position to confirm the nationalities and numbers of the 47 people who were on the time of the island.

There are five confirmed fatalities, and eight people missing and presumed deceased.

The bodies of the five confirmed deceased are being transported to Auckland today, so post-mortems can be carried out tomorrow.

We are working to confirm the identities of those involved, including those who have died and who are injured.

We are working through a complex Disaster Victim Identification (DVI) process.

The nature of the injuries that people have suffered is severe and means identifying them is a complex matter.

We are working through the process to identify them as quickly as possible, to return those who have died to their loved ones.

Police can also confirm we have commenced an investigation into the circumstances of the deaths and injuries on Whakaari / White Island.

The Terms of Reference will be developed in the coming days.

At this time Police is investigating the death of the individuals on Whakaari / White Island on behalf of the Coroner.

To correct an earlier statement, it is too early to confirm whether there will also be a criminal investigation.

The Police investigation on behalf of the Coroner will be carried out in parallel with a WorkSafe New Zealand investigation.

WorkSafe New Zealand has opened a health and safety investigation into the harm and loss of life caused by the eruption.

As the workplace health and safety regulator and administrator of the Adventure Activities Regulations, WorkSafe will be investigating and considering all of the relevant work health and safety issues surrounding this tragic event.

We will continue to provide information and updates as quickly as we are able to.