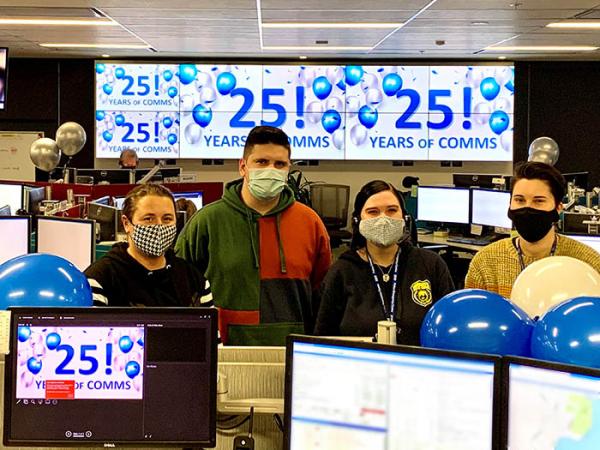 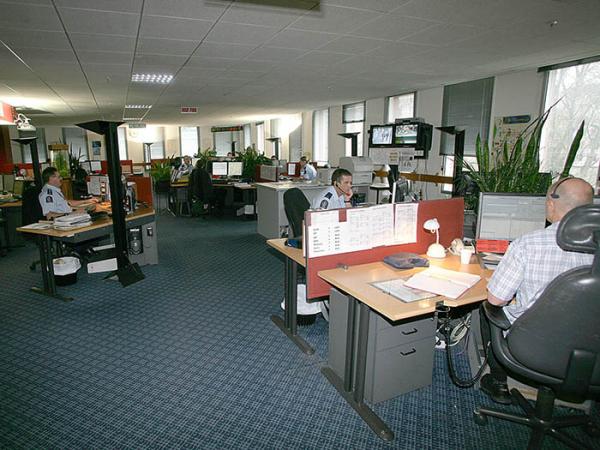 Home > News > Ten One Magazine > ‘Where is your emergency?’

Our Police Emergency Communications Centres are marking a milestone, celebrating 25 years of delivering critical emergency services for both public safety and the safety of frontline police officers.

While 111 calls have been taken for many years, it wasn’t until 1996 that dedicated ‘Comms’ Centres were established – first in Wellington, and then replicated in Christchurch and Auckland.

Before then calls were handled by Operations and Control Rooms. Major changes took place when the Communication and Resource Deployment (CARD) system was set up.

The first job to come in was at 14:36 on 28 October 1996, where a caller reported a group of youths pulling guttering off the roof of a scout hall in Hamilton.

Prior to the Centres being established there was a perception that only constabulary staff could receive and dispatch emergency calls. But the size of the three centres meant it was not possible to staff them exclusively with constabulary – and training of non-constabulary employees commenced.

“A lot has changed over the years. From Centres being 100 per cent staffed by constabulary, we now have the vast majority being non-constabulary Police employees,” says Superintendent Kelly Ryan – Director of Emergency Communications Centres.

“Our staff are professionals who are selected for the specific requirements of the role and undergo extensive training.

“We’ve come a long way over the last quarter of a century. We now deliver an absolute world class service to the New Zealand public, with dedicated and committed people.”

Every step of the way, the latest technology has been embraced. From the early days of the CARD system, we now have the latest computerised mapping, call management, and radio and telephony systems.

Another leap forward came in 2017 with the introduction of Emergency Caller Location Information. New Zealand was the first country in the world to get automated call location on Apple iPhones.

Commissioner Andrew Coster says the theme for the anniversary celebration – ‘25 years of saving lives’ - sums up how much of an impact Emergency Communication Centre staff have in our organisation and for our communities.

“Members of the public look to the people in our Centres for help and to make them feel safe in times of crisis. From small events to significant events for our nation, ECC staff are in the thick of it, making a real difference for people – and often saving lives.” 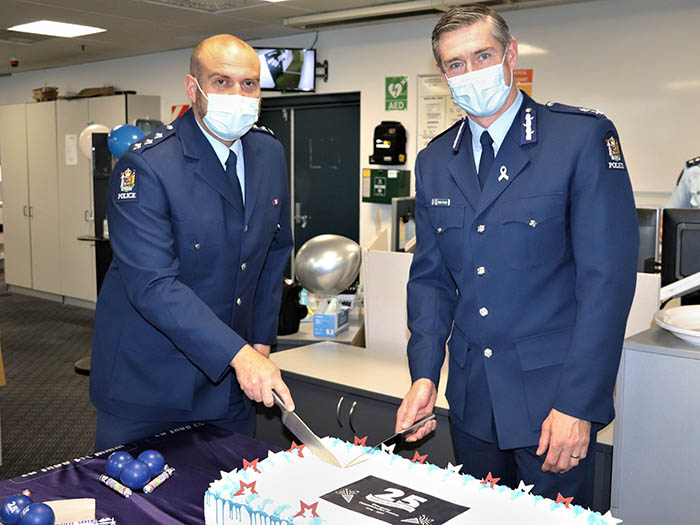 Previous
Showtime: Police team saddles up
Next
Making the cut