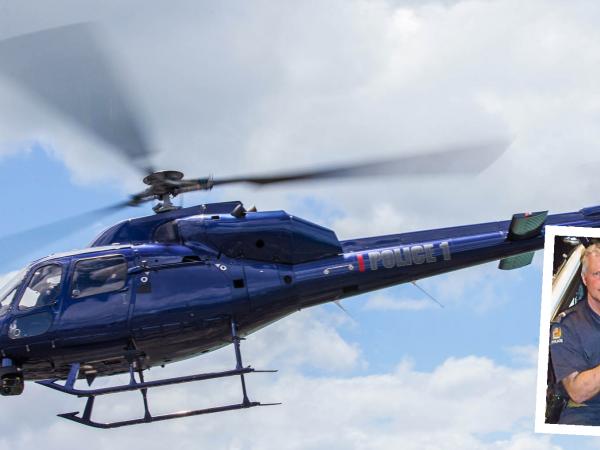 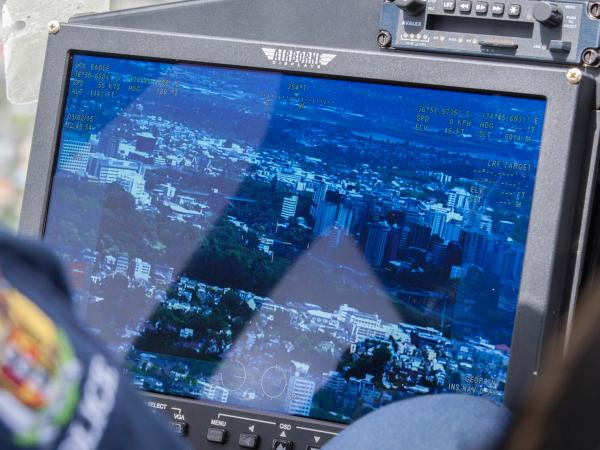 John says he and his colleagues are reassured to know Eagle is available day and night to support them, increasing safety for Police staff and the public.

“The helicopter is a massive deterrent,” he says. “The effect is that it gets offenders to go to ground, then it’s easier for us to pick them up.”

John was working nights during the first full week of Eagle’s 24/7 operation, and says the helicopter – with its Forward Looking Infra Red (FLIR) capability - made its presence felt.

One night he was on proactive patrol with patrol dog Ted when they came across two men acting suspiciously in the Hillsborough area. The men fled when challenged and John and Ted started tracking, finding a bag of apparently stolen clothing.

“I called Eagle and they responded immediately,” says John. “We continued tracking through residential properties, over a couple of fences, through a park and up to a house.

“Eagle called up and said they could see a leg poking out from under a deck on their infra red.”

John arrested two offenders, one of whom had 165 burglary convictions to his name.

The following night John and Ted were called to track a violent offender who had escaped from police at a traffic stop. Eagle directed them to a property where FLIR picked out someone hiding under a car and John made the arrest.

By contrast, John says, in a recent job when Eagle was not available he and Ted tracked a teenage car thief for an hour and 45 minutes. “He just kept running. If the helicopter had been there we would have had him in 20 minutes.”

The change was marked by a ceremony at the Air Support Unit (ASU) base at Mechanics Bay, Auckland, earlier this month.

Eagle had a busy first week of 24/7 deployment, attending 117 jobs.

Inspector David Hines, who oversees the ASU, says the 24/7 deployment supports Police in achieving targets which include reducing serious crime victimisations by 10,000 and raising trust and confidence in Police to 90 percent by 2021.

“Having Eagle available to support frontline staff - for example tracking burglars or taking over commentary during fleeing driver incidents - keeps the public and our people safe,” he says. “What offenders need to understand is they can't hide from us.”