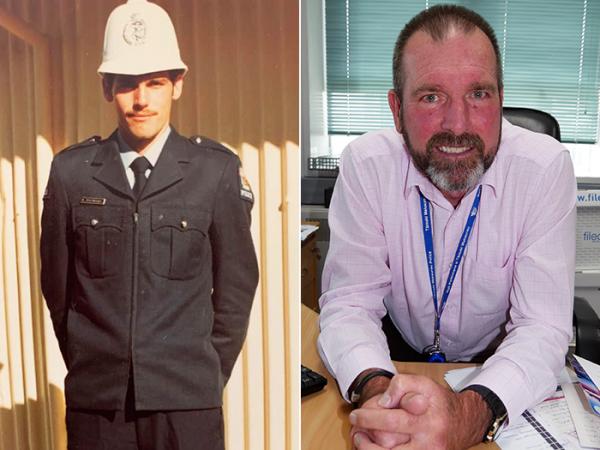 ​One of our best-known investigators, Detective Inspector Scott Beard, last week received a 42-year Long Service and Good Conduct Award, and a Commissioner's Commendation for his leadership of the Grace Millane homicide investigation, at the Auckland City District award ceremony. Here he reflects on his long career.

Joining Police was always on the cards for Scott Beard. A week after turning 19, he was making his way to Trentham to join Wing 77.

This was the start of an incredible journey which has seen Scott become one of our best-known investigators, with a wealth of high-profile cases under his belt.

As a rookie, Scott was posted to Auckland City District – somewhere he’d only been once in his life.

“Young, single men had to live in the barracks at Ferguson House next to Auckland Central Police Station,” he says.

“The barracks weren’t too far from work and close to the night life. There was strictly no alcohol, women or drugs allowed – though the first two rules were often broken.” 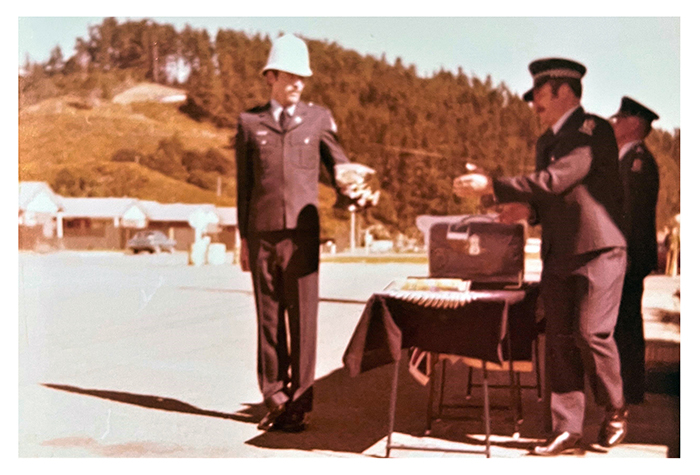 As a Palmerston North native, he was unfamiliar with the geography. “I had no idea where I was. It was my first week on beat in Queen Street, when someone stopped me to ask where the Canterbury Building Society was. I looked at them and said 'Well, Christchurch' – meantime it was just across the street.”

Early career highlights include working on the Springboks Tour and the Queen Street Riot.

“The friendships you formed on Section and Beat Section were great. Even after all these years when you catch up, it just feels like yesterday.”

In 1986, the CIB beckoned – the influence of friends who worked in CIB and loved it made it more appealing.

“In 1988-9 I was on the Indecency Squad, essentially the Child Protection Team now. I was working with outside agencies then and I still deal with some of those individuals today.” 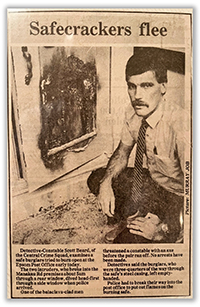 Over the years, strong working relationships and communication remain at the heart of the mahi, he says.

"I've met some incredible people along the way and many external relationships have been built, many who I'm still in touch with today."

He can’t remember the number of homicide investigations he has been involved in over the years but recalls some major ones early in his CIB career - particularly the murder of Rex Bell at the Northcote Motel, which was fascinating; as well as the Swedish tourist enquiry, Operation Stockholm.

These gave rise to experiences which would inform his work in years to come, such as being on the Stockholm interview team which interviewed David Tamihere, who was convicted of the murder of Urban Hoglin and Heidi Paakkonen.

He also worked on the Commonwealth Games in 1990 as a Personal Protection officer and drove around on the final night in the police car directly behind the Queen.

Scott uses the COAT acronym in homicide investigations - Communication, Ownership, Attention to Detail and Teamwork. All of these aspects are critical, he says.

One of his highest-profile investigations was into the disappearance, and then the murder, of 22-year-old British tourist Grace Millane. The search gripped hearts and minds in New Zealand and thrust Scott into the international spotlight. His role was last week acknowledged with a Commissioner’s Commendation.

“We had a great team," he says. "Everyone played their part to a very high standard.

“While I may have been the Police face of the investigation, our team did an outstanding job – I couldn’t stand in front of the media with confidence if I didn’t have such a strong team doing a great job.”

He says it is hard to believe how quickly 42 years have gone by, and how much he has learnt.

“I still feel fit, young and healthy and, as long as I can stay enjoying the job, stay relevant and feel that I am adding value, then I don’t see myself leaving in the near future.

“Ultimately, everything is what you make of it. Yes, there have been some sad times throughout working in the CIB, especially dealing with death and tragedy.

"But there’s the other side of that - it’s what you are doing for the community, for families and victims, and there’s a sense of satisfaction that comes from that."

Previous
Outstanding in her field
Next
Te Pae Oranga: good outcomes for all ethnicities