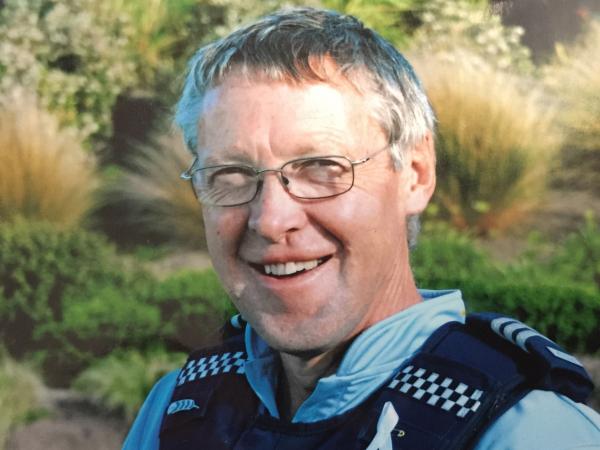 Sergeant John Harris, one of the longest-serving members of the Armed Offenders Squad, has been made a Member of the New Zealand Order of Merit (MNZM) in the New Year Honours.

He is also O/C of Alcohol Harm Prevention in Southland Area and since 1994 has been at the forefront of many prevention initiatives within the community and in partnership with members of the hospitality industry.

AJ says he was ‘blown away’ when he received the letter telling him of his award, for services to New Zealand Police and the community.

“It took some time to register and get it through my noggin what it meant,” he says. “It’s a team effort and I’m just one of the team - whether that’s liquor licensing or AOS. I’m only as good as my team.

In his earlier days in Police, AJ served in general duties, Search and Rescue and assisted with Disaster Victim Identification, then as a Team Policing and Crime Squad supervisor.

As a member and commander of Invercargill AOS he has been present at an estimated 50 incidents a year, including the 1990 tragedy at Aramoana, where Sergeant Stewart Guthrie was among 13 people killed by a gunman.

Other duties have included a leading role in protection of the Queen and Duke of Edinburgh during the 1995 Royal Tour and Commonwealth Heads of Government Meeting.

His interest in technology led him to become a computer instructor with the establishment of the Wanganui Police Computer in 1976.

He was selected as an AOS firearms instructor in the 1990s and is credited with making training more relevant and structured, with a greater emphasis on safety.

In his alcohol harm reduction role, he oversaw Police’s RAID (Reduce Alcohol Impaired Driving) Squad for 20 years and has had an influential role in Southland’s Alcohol Steering Group and in training members of the hospitality industry.

“AOS has been the highlight of my career but liquor licensing has been very kind to me,” he says.

“I’ve done a lot of presentations and workshops around New Zealand and met such a diverse range of people – it’s been very enjoyable.”

Also honoured was former Community Constable Glen Green, who was made an MNZM for services to youth and sport.

Glen was based in Mt Roskill, Auckland, from 2006 to 2011 when he left Police to establish the There’s a Better Way Foundation, providing opportunities for at-risk youth through basketball. The foundation’s work has been credited with contributing to a reduction in youth crime.

“AJ is an inspirational leader who is hugely respected within Police and by the many partner organisations he works with.

"His commitment to preventing harm in our communities is absolute, both in the most demanding of response roles with the AOS and through his dedicated service in the crucial field of alcohol harm prevention.

“Congratulations to AJ on this greatly deserved honour, and to Glen as he continues the great work he started while he was in Police.”

Member of the New Zealand Order of Merit (MNZM)

For services to New Zealand Police and the community

Sergeant Harris has been with New Zealand Police since 1973 and is currently Officer in Charge of Alcohol Harm Prevention, based in Invercargill.

Sergeant Harris has taken responsibility for liquor licensing within Invercargill since 1994 to reduce the negative effect on the community from abuse of alcohol. He has worked closely with community organisations such as the Invercargill Licensing Trust, Public Health South, and Front Line Training Consultancy Ltd.

He helped develop and implement the programme offered by Front Line for liquor servers in the hospitality industry and provides ongoing training and presentations to others.

He joined the Armed Offenders Squad (AOS) in 1982 and became Officer in Charge in 1993. He is one of the longest serving AOS members in New Zealand and has been instrumental in resolving many incidents and leading by example to protect vulnerable people.

He became an AOS firearms instructor in the 1990s and embarked upon a dramatic change in attitude towards firearms training, with a particular emphasis on safety both at the range and operationally.

Sergeant Harris has been the face of the Police in the planning of major events in the Southland area, such as the Burt Munro Rally, World Shearing Competition, Oyster Festival weekend, and Fight for Kids among others.

Previous
New in Ngāruawāhia
Next
Paddling toward a brighter future