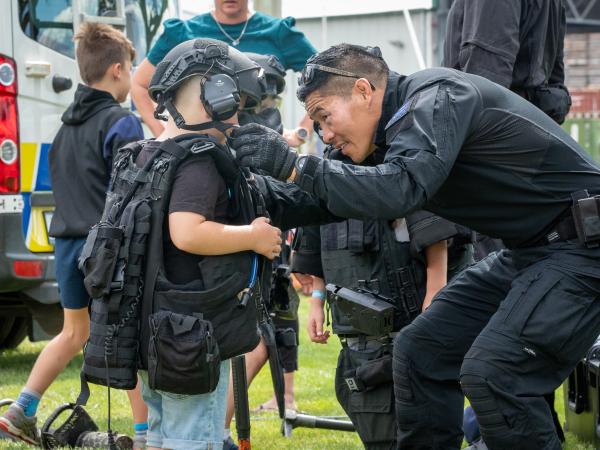 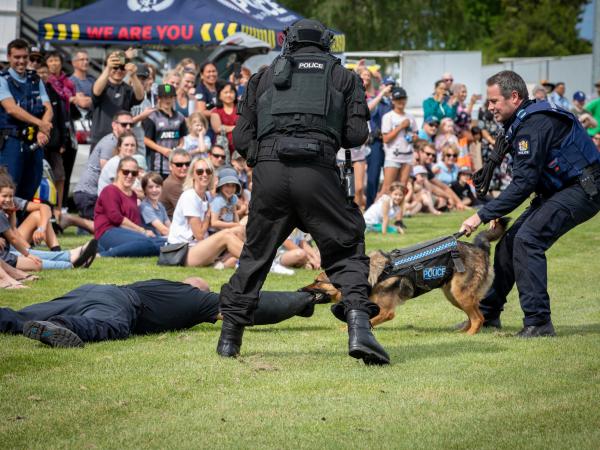 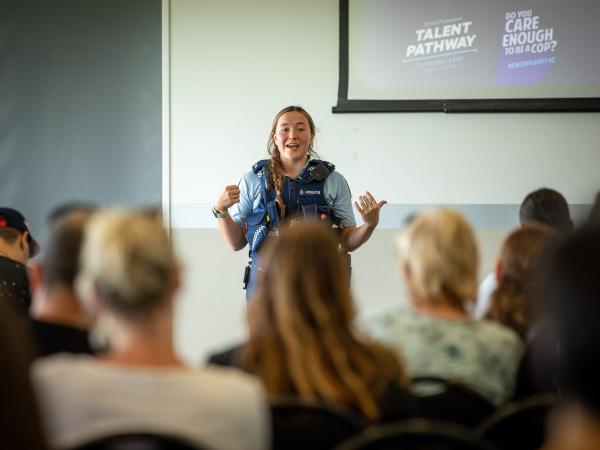 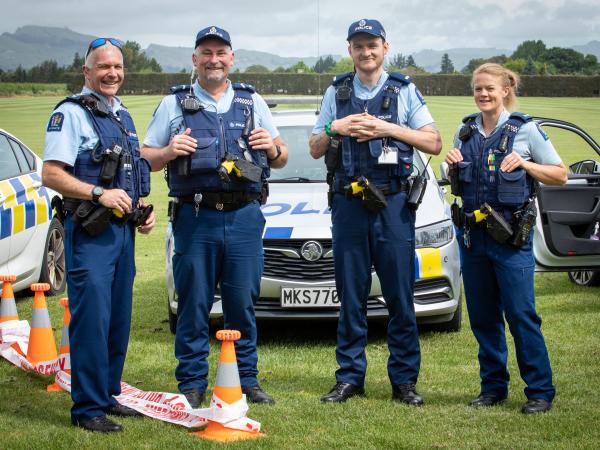 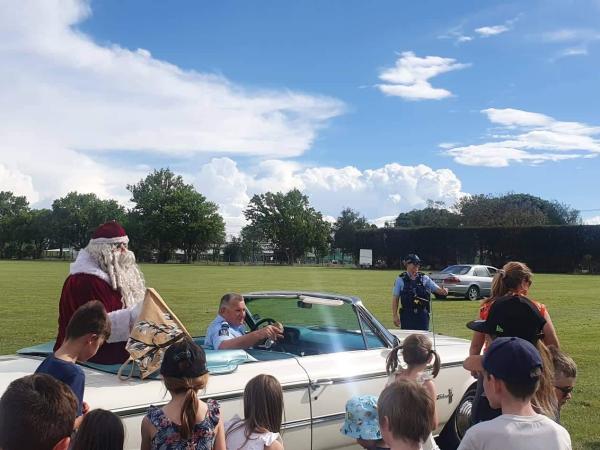 The sun and the crowds came out in Hawke’s Bay recently as people gathered to learn a little more about what being a police officer is all about.

More than 60 people came along to a Recruiting Expo held on the outskirts of Hastings on 12 November, which was coupled with a Police Whānau Day that attracted a large turnout, including more than 70 children.

Those interested in joining Police heard from new constables as well as veteran police officers and had the opportunity to try out some fitness tests and see displays by the Armed Offenders Squad, Police Negotiation Team and Dog section.

Sergeant Greg Macklow says a big theme of the day was the high quality of people in Police.

“That certainly shone through, from our brand new constables to a 48-year veteran supporting the whānau,” says Greg.

He says the police families also loved the opportunity to see what their loved ones do at work.

“Many staff went out of their way to be there, some in their own time. They were all great ambassadors for Police.”

The day included a BBQ and the chance to try out the Virtual Cop experience, but Greg says one of the highlights for the crowd was the Armed Offenders Squad/ Police Negotiation Team/Dogs display which drew laughs, gasps, and excited applause.

And at this time of year, no function is complete without a visit from Santa who made an appearance to hand out some Police-themed goodies to the children.