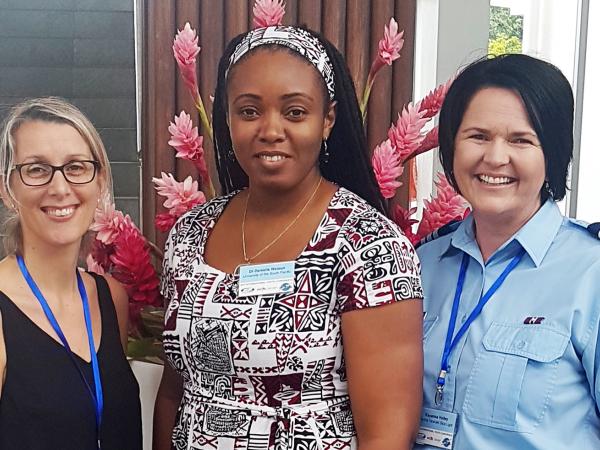 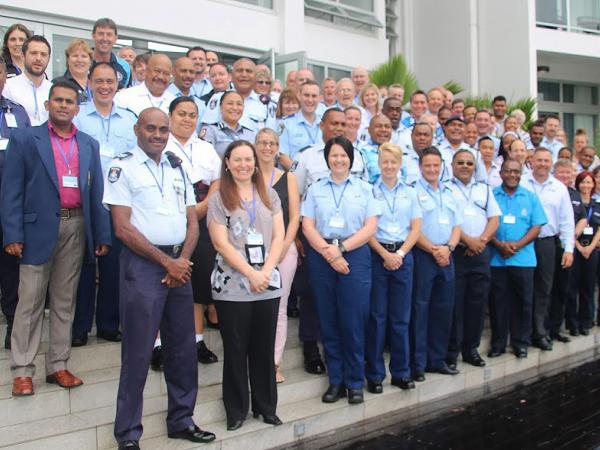 Police and partners in Blue Light around the Pacific are pulling in the same direction when it comes to helping create opportunities for young people.

Her registration was paid by South Taranaki Blue Light – of which she is chair - and her flight was funded by local iwi health service and Blue Light partner Ngaruahine.

“The idea was to go and get the framework for new programmes that we could bring back and adapt for our local environment,” says Kayanna.

“But what we discovered was that we were all doing similar things and getting similar results. It reinforced that we’re on the right track – everyone’s found their own way and it’s working everywhere.”

Kayanna says she was very interested to hear about a Western Australia child protection programme called Protective Behaviours, which has parallels in New Zealand Police’s Keeping Ourselves Safe and Loves Me Not programmes.

It happens every two years, usually in New Zealand or Australia. It was held in Fiji to make it more accessible to representatives from Pacific Island nations.

“Blue Light is well established in New Zealand and Australia,” she says. “In the islands they’re very much trying to get it up and running and make it sustainable, supported by Blue Light Ventures.”

Warren Nicholls, who represents Ngaruahine on the South Taranaki Blue Light committee, says the organisation saw attendance at the conference as vital.

“Ultimately it’s our rangatahi who will benefit,” he says. “From our point of view it’s an investment in our people.”

Police staff all over New Zealand give their time to Blue Light, a charity which works in partnership with Police to put on activities and programmes for young people.

“I love Blue Light – it’s just awesome,” says Kayanna. “It’s about giving young people amazing opportunities which would normally only be available to children whose families can afford them.”