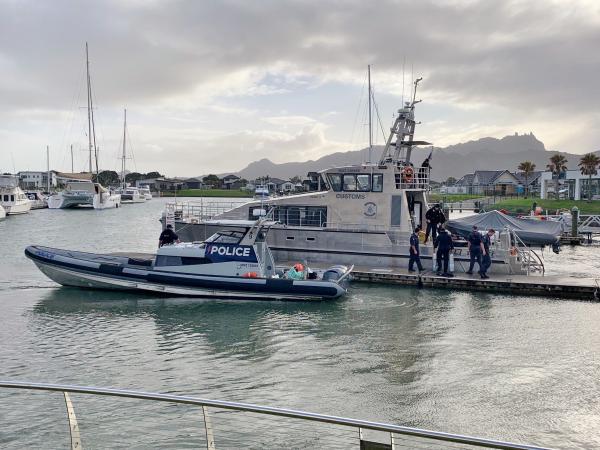 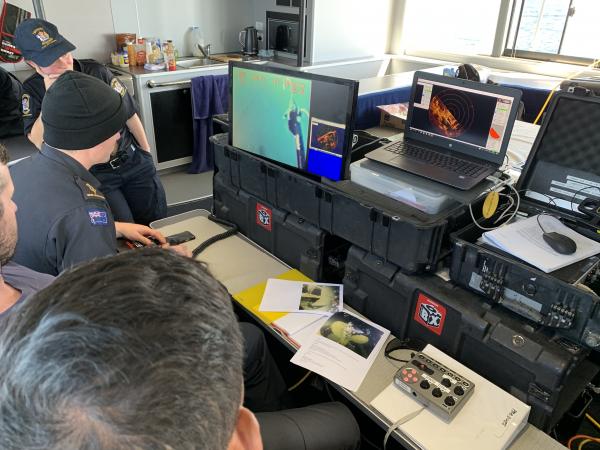 It was not the outcome anyone hoped for, but an exercise in cooperation involving Police, Customs and Defence succeeded in retrieving the body of a missing diver off the Northland coast.

The story began 15 March when the man failed to surface from a dive to the wreck of the Niagara - lying 121 metres deep some 40km off Whangarei after being sunk by a German mine in June 1949. His dive buddy made it to 65 metres in an attempt to save him, but was unsuccessful.

The dive buddy called for assistance on marine radio, prompting a search of the area by the Coast Guard and HMNZS Wellington, but it was unsuccessful.

Within 24 hours, when the diver still hadn’t been found, Northland SAR co-ordinator Sergeant Shane Turner knew he was probably looking at a recovery operation rather than a rescue.

“It didn’t look good," says Shane. "We notified the family and started planning for a recovery operation as it was likely he would be at a depth of 100 metres or more.

“At this point we contacted the Police National Dive Squad (PNDS) which coordinated with Joint Forces New Zealand and the Royal New Zealand Navy. Police and Navy can’t dive at this depth so we have to use Police sonar and Navy equipment and expertise."

The location of the site – 40km off Marsden Point – also required a larger boat to transport the team and equipment. Customs offered their vessel Hawk V and staff to skipper it.

A team of 16 personnel from the three agencies - all specialised in different aspects of the work - spent a week working up a plan and sitting out the tail end of a cyclone.

Weather conditions looked favourable on 24 March. Battling 21-knot winds and 1.4-metre swells they nearly made it, but were forced back. The high seas so far from shore, were a safety hazard

Wednesday 25 March saw another attempt in improved weather. Using the ROV, the team located the diver at 121 metres and carefully retrieved his body.

“The depth made it a challenging job, but the whole team was pleased to at least be able to recover a family member, friend and colleague’s body. We could not have done it without the help of the Navy, Customs and our dive team,” says Shane.

Supervising Customs officer Nick Sparey said Nick says the Hawk V was able to hold its position precisely over the wreck for more than nine hours, allowing the Navy to deploy an ROV from the vessel to search the wreck and for Police divers to safely deploy.

“I met some of the friends and family of the diver and they were really appreciative of the efforts of all the agencies and Defence Force units involved in the recovery,” he says.

“We all felt it was good to be involved with being able the give the family and friends some closure in the recovery of their loved one and friend,” says Hawk V skipper Scott Jones.

“In the end, a break in the weather enabled a huge team to go in," says Bruce.

"The depth, the conditions and the weather all combined to make this very challenging, as did the distance from shore and the high seas.

“We really appreciated the understanding of family and friends who recognised the technical difficulties and had to deal with the delays caused by bad weather.

“We are only sorry it wasn’t a better outcome for the diver, his whānau and friends."

Bruce paid tribute to Headquarters Joint Forces New Zealand, who made the staff of the Navy Dive Team and their ROV available; the Royal New Zealand Air Force, who flew the PNDS in by Hercules; and Customs for making the Hawk V and crew available.

"These teams, and our Auckland Police Maritime Unit staff, made the job easier and doable," says Bruce.

Police DVI specialists identified the diver. An investigation will seek to establish the cause of the tragedy, which will be subject to a Coroner’s investigation.

Previous
Keeping our best friends safe
Next
A visit to remember