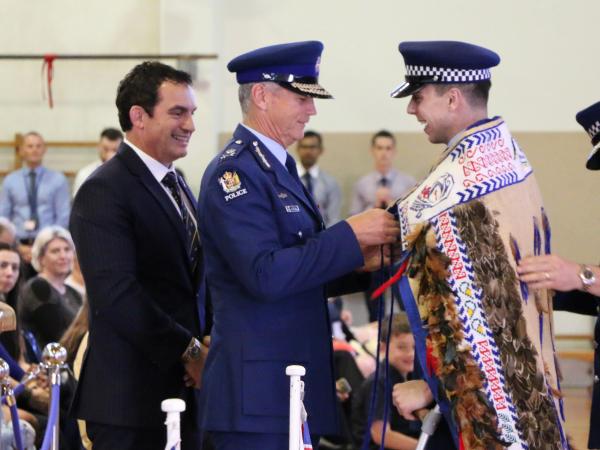 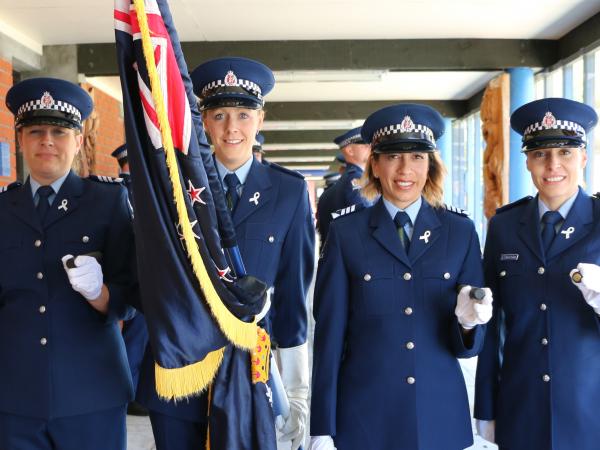 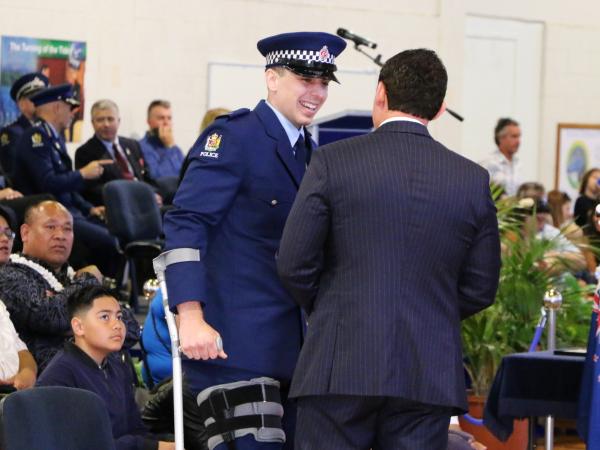 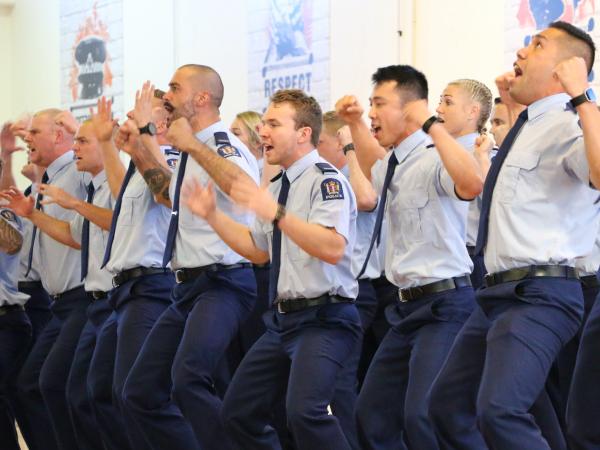 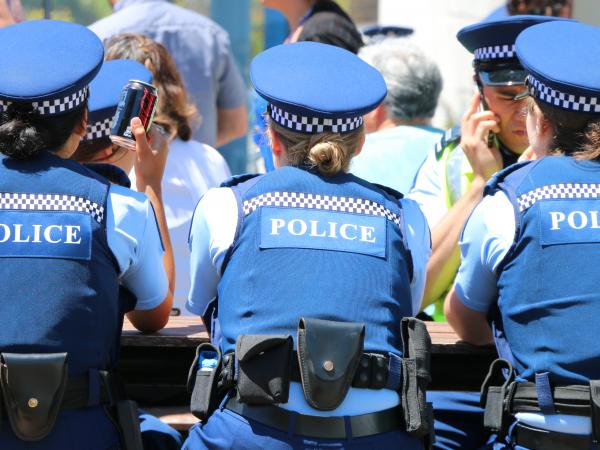 Home > News > Ten One Magazine > A day of firsts at RNZPC

On a gloriously sunny Porirua day, all 40 members of the 309 Tina Cross ONZM Recruit Wing completed their initial training and graduated.

The new constables, who range in age from 20 to 48, come from a diversity of backgrounds. Some have family links to Police; others have served in the armed forces or police services overseas; some have experience in volunteering or high-level sport.

Minister Nash told the graduates their communities expected them to keep them safe – and he knew they would live up to expectations.

He spoke of the scourges of family harm and methamphetamine and said he and Commissioner Mike Bush had been discussing how Police could help build positive communities.

“People will look up to you, people will want to be you... but most importantly, your communities expect you to keep them safe," he said.

He urged the new constables to always stick to Police’s core values. “the community is looking to all of you to do the right thing. I know you are going to do it.”

The event featured the RNZPC's first all-female colour party, a landmark that received a rousing cheer from the enthusiastic audience of family and friends of the graduates.

In another possible first, First in Wing Constable Matt Skinner received his award from Minister Nash while on crutches, having only recently had surgery on a seriously injured hamstring.

The Wing Patron - entertainer Tina Cross - was unable to attend the ceremony and farewelled the wing at their formal dinner on Tuesday.

She says acting as patron was an awesome experience. As part of bonding with the wing, Tina asked for volunteers to sing with her and began rehearsing them on Walk Away, a song she released with Police support as an anti-family violence statement three years ago.

She had around 25 volunteers but at the final rehearsal this week found the entire wing waiting to take part. They performed the song at the formal dinner.

“They’re the musical wing,” says Tina, who is an ambassador for Women’s Refuge and has worked extensively with the Counties Manukau Police Choir. “I said at the outset ‘My point of difference is music and this song will be my gift to you and your gift to me’.

“I had always wanted to work with vulnerable people and disadvantaged families. I’ve managed to use my music to connect with those people and I think that resonated with the wing.”

The Commissioner’s Award for Leadership – in recognition of outstanding potential to lead self and others - was awarded to Constable John Forsyth, who is posted to Wellington District.

The Minister’s Award for First in Wing was awarded to Constable Matt Skinner, posted to Wellington.

The Patron’s Award for second in Wing was awarded to Hayden Swan, posted to Waitematā.