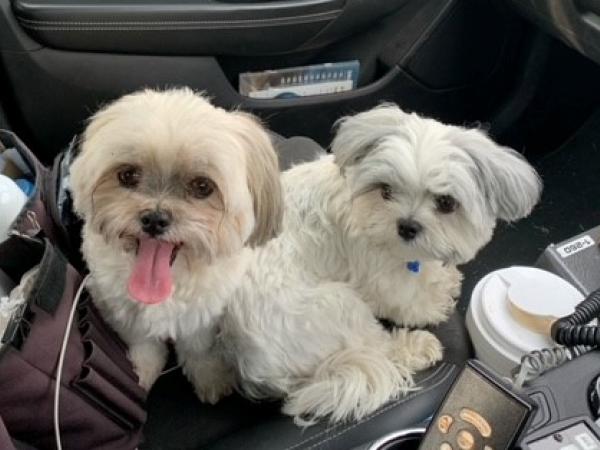 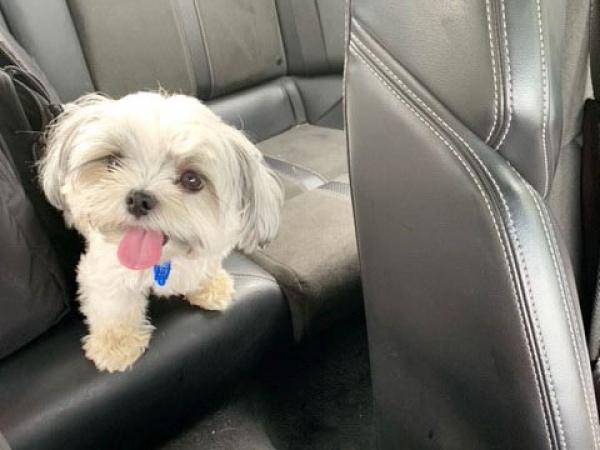 Two wandering pups narrowly escaped danger and were safely reunited with their owner thanks to a Waikato Police Highway Patrol member.

Senior Constable Ali Methven was heading south on State Highway 1 near Karapiro on Friday (26 February), when he spotted the pair roaming on the grass verge near a driveway about 100 metres from Ferguson Gully Rd.

With the dogs so close to the main road, Ali figured the owner couldn’t be far away. But no one appeared.

Looking in the rear vision mirror, Ali could see the dogs standing on the fogline about to cross the road as a truck and trailer approached from the north. The truck driver quickly swerved to avoid the pair.

“The truck driver was safe enough in doing this," says Ali. "It caused the dogs to run off the road and into the driveway entrance.”

Not wanting to leave the dogs in danger Ali decided to pull over and try to get them home safely.

He called to the dogs. One came bounding into the passenger seat and the other quickly followed behind. Loaded up with the pair, Ali began searching for the owner when he came across a woman leaving a driveway at Karapiro. She recognised the dogs and directed him to the owner.

“A few minutes later the owner turned up and was very thankful,” says Ali.

The woman was so relieved to have her beloved dogs back, saying the “dogs are like her children”.