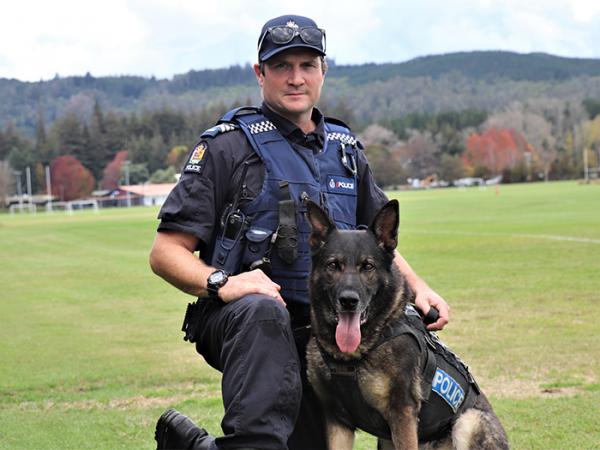 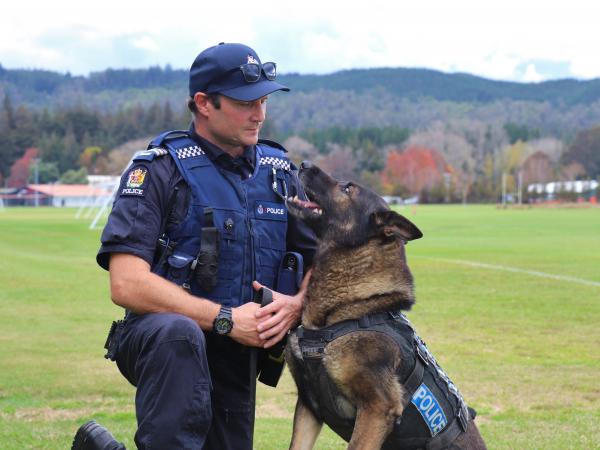 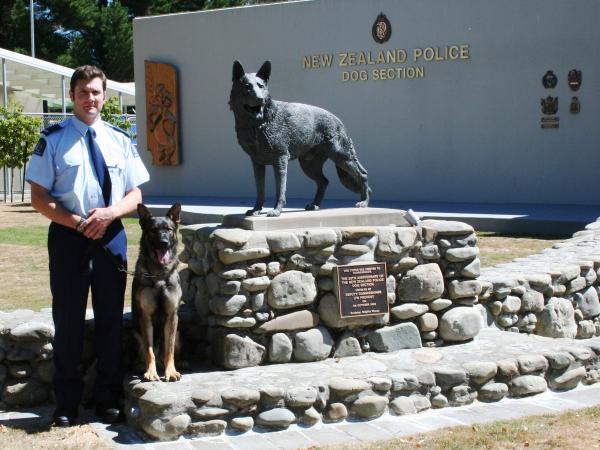 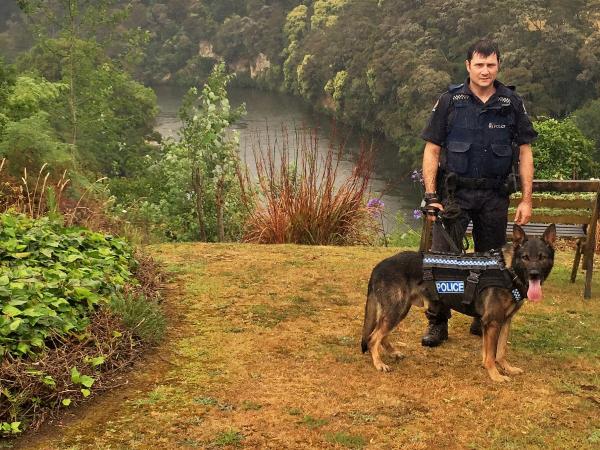 ​He’s helped catch hundreds of offenders and been credited with saving his handler’s life – but Duke’s police career almost got scuttled before it began after a run in with the family cat.

The then-youngster almost lost his sight after a claw to the eye in the altercation but has since made up for the early drama, proving his worth as a successful patrol and AOS dog.

Now, after eight years on the streets attending some pretty memorable and well publicised jobs, nine-and-a-half-year-old Duke is hanging up his harness in favour of a life of retirement as a family pet.

For handler Sergeant Scott Robinson, who heads up the Bay of Plenty Coastal Police Dog Section, there’s no way he’d be spending his retirement anywhere else.

“Over the past eight years I’ve absolutely known he’s had my back when we’ve been out working. He’s saved my bacon before.”

Scott's “dog saves handler story” happened in 2018 when he was king hit while working alone on a night shift.

While speaking to a man believed to have committed a burglary nearby, Scott was reaching for his notebook when the punch split the side of his face.

Thankfully, he was speaking to the man near the back of the dog van and somehow, in his dazed state, he had enough wherewithal to unlatch the cage letting Duke free.

“He jumped straight out and went straight into protecting me from any further attack. The guy was high on solvents at the time.”

Scott was left with stitches to his mouth but is under no doubt that without Duke it could well have been a far worse scenario.

“The next day I came out to my van and it was covered in blood.” 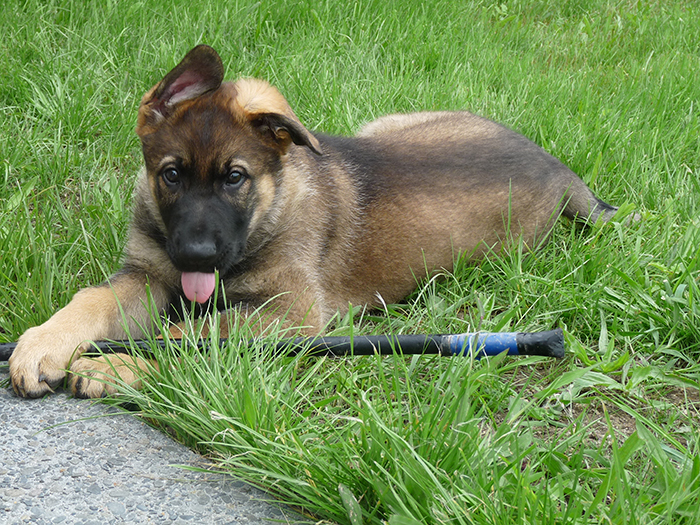 Duke has been with handler Scott Robinson since he was a puppy.

Last year, Duke was responsible for helping apprehend a man who had shot at Police in Kawerau – tracking him down from a dumped car to an address where AOS located him hiding inside.

And in 2017 Duke and Scott were among the first on the scene after an offender shot at three police officers with a semi-automatic rifle before going on the run. As part of the AOS response Duke was responsible for tracking down one of the passengers hiding in the bushes.

Duke first came to Scott as an eight-week-old puppy and aside from an 18-month stint with another handler, has been with him ever since and "has no fear".

“He qualified at 14 months, which is quite young. He’s full of energy – his leg could fall off and he’d still want to go to work.”

At home however he’s completely chilled with Scott’s children and can switch between work and home mode.

And while Duke is still getting used to seeing the patrol van head off to work without him, Scott’s confident he’ll settle into a more leisurely pace of life.