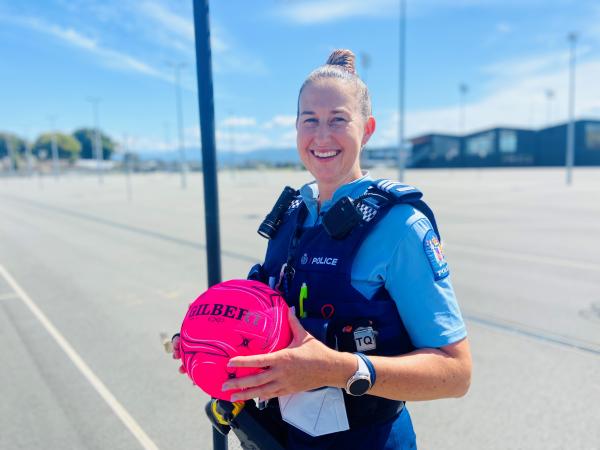 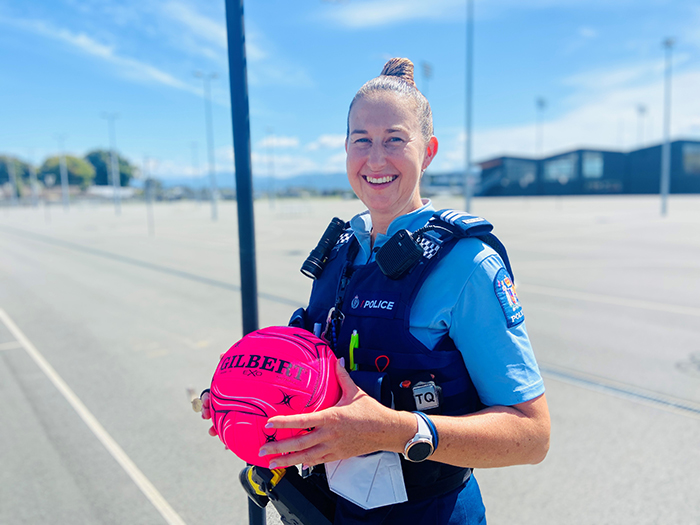 Sergeant Michelle Stagg is a netballer, coach, umpire and a South Island-based police officer. Her long career has seen her work and play in a few different places around the motu.

New Zealand Police has a long-term partnership with Netball New Zealand with a focus on recruitment marketing so it’s particularly good that Michelle, who’s a high achiever on the court, last year won the Marlborough Netball Umpire of the Year.

But in saying that, Michelle has won this award for several years in a row.

“I have been part of the Netball New Zealand National Umpire squad for the last couple of years," she says. "I love the challenge of umpiring and feel grateful for the opportunities that it has given me."

Michelle’s also been awarded a Marlborough Netball Service Award for her contribution to Marlborough, and last season she was selected to umpire the final of the National Netball League.

“This year, I have umpired my first ANZ premiership game which was a real privilege.”

Michelle says umpiring came quite naturally to her and credits her policing background with giving her the resilience and a firm but fair manner that has led her to develop a good rapport with players and coaches.

“I started playing netball at primary school and went through playing in age-group and senior rep teams for Marlborough and Tasman. I’ve also been involved in coaching netball and first started when I was still at high school,” she says.

Michelle joined Police in November 1999 and began her policing career in Lower Hutt before moving back to her hometown, Blenheim. Within Police she’s been a frontline officer, an intel analyst, a detective and is currently a sergeant on a Public Safety Team (PST). It’s been a juggle with shifts, to fit in playing, coaching and being an umpire but thanks to the flexibility of the police rosters, it works.

“I attended Canterbury University and played premier netball while I was there," says Michelle. "This was also when I first became interested in umpiring. However, I did not take this up seriously until around 2009.

“Unfortunately, over the last two years I have not been able to coach due to my umpiring commitments, but this is something I’ll return to when time allows.

“Being a police officer means community is important to me and I have always felt a desire to give back to my community. I especially like trying to be a good role model for teenagers.

“So many of the police values cross over into my netball umpiring, such as professionalism, respect, empathy, integrity and valuing diversity. It’s a good mix."