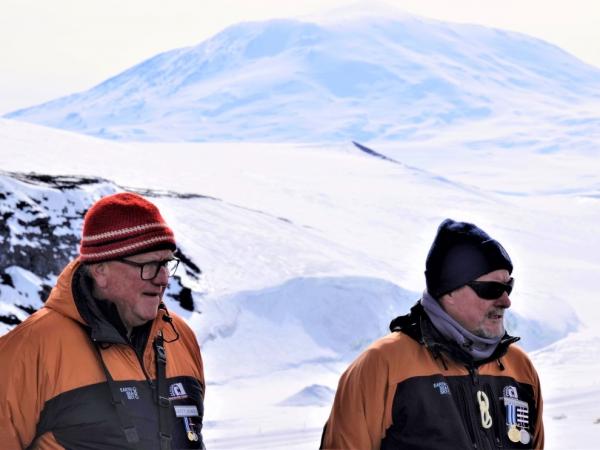 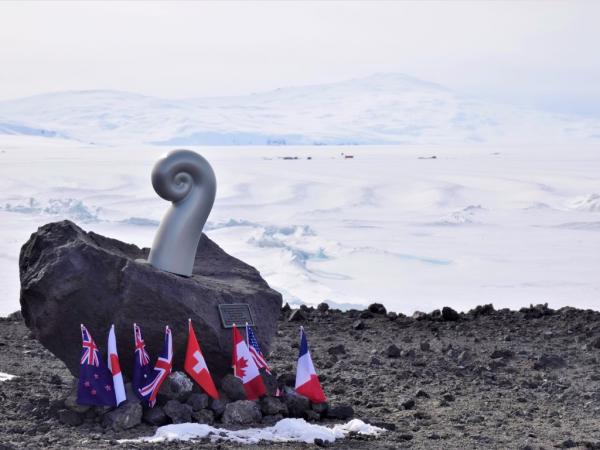 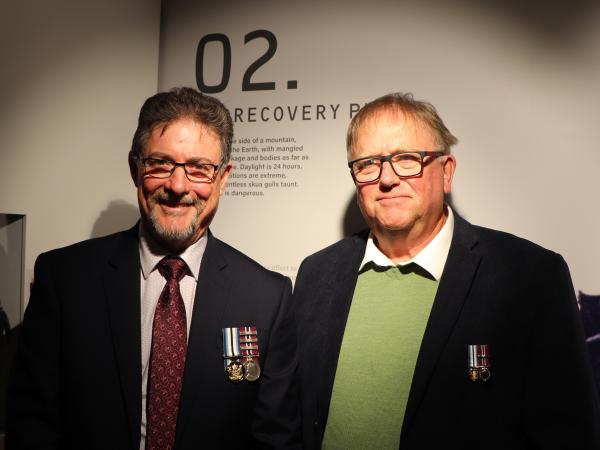 High fives on landing on the ice gave way to “an overwhelming sense of peace” for retired Inspector Stuart Leighton, back in Antarctica for the first time in 40 years to commemorate the crash of Air New Zealand flight TE901 on Mt Erebus.

Stuart was one of 11 New Zealand Police deployed to Antarctica in 1979 to recover the bodies of the 257 on board, in New Zealand’s first and still-largest DVI operation.

“It exceeded all expectations,” he said from Scott Base after taking part in a memorial service yesterday. ”I have anticipated this for so long.

“I had two things to tick off – formal recognition for our efforts which came with the Erebus Medal in 2007, and now laying ghosts to rest and making peace with the mountain.

“The magnificence of the place, the feeling of peace and serenity and the fellowship, support and interest from Antarctic New Zealand personnel – it has been absolutely overwhelming.

“We have been enveloped by love and support.”

He and another of the DVI team, retired Inspector Brett Jones, flew into McMurdo on Monday, a beautiful clear day. Subsequently they have seen all Antarctica’s moods, as they did on Mt Erebus in 1979. But this time there was no grisly task, predatory skuas or flying pieces of jagged metal.

Brett says being back has been an absolute privilege.

“It’s been far more poignant and evocative – in a positive way – than I anticipated,” Brett said. “It’s been a wonderful visit.”

He particularly noted the care Scott Base and McMurdo personnel take of the crash site. “It is tapu,” he said. And he was struck by the presence at Scott Base of a young New Zealand airman, whose partner’s grandfather was a passenger on TE901.

While the two did not go to Mt Erebus, they did journey to Shackleton’s Hut at Cape Royds and Scott’s hut at Cape Evans.

Included in Stu’s address was the Bill Manhire poem, Erebus Voices. This also featured at the 25th anniversary commemoration in 2004 when it was read by Sir Edmund Hilary, whose close friend Peter Mulgrew was among those killed when TE901 crashed.

I am here beside my brother, Terror.
I am the place of human error.

I am beauty and cloud, and I am sorrow;
I am tears which you will keep tomorrow.

I am the sky and the exhausting gale.
I am the place of ice. I am the debris trail.

I am as far as you can see.
I am the place of memory.

And I am still a hand, a fingertip, a ring.
I am what there is no forgetting.

I am the one with truly broken heart.
I watched them fall, and freeze, and break apart.

Yet we were loved and we are lifted.

Yet we were loved and we are warm.

Yet we are here and we are whole.

This month Ten One has run a series of stories in which former and serving Police staff have shared their memories of Operation Overdue. You can start the series here - Erebus: Into the unknown.

Previous
Erebus part 1: Into the unknown
Next
Have police station, will travel