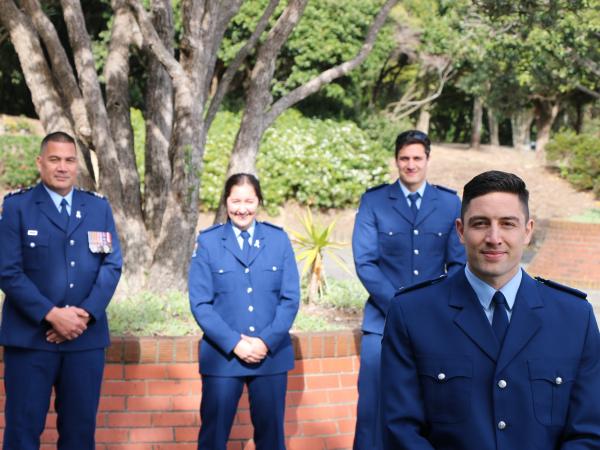 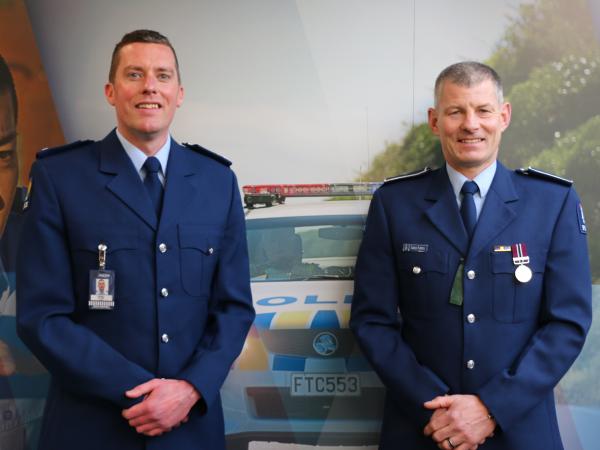 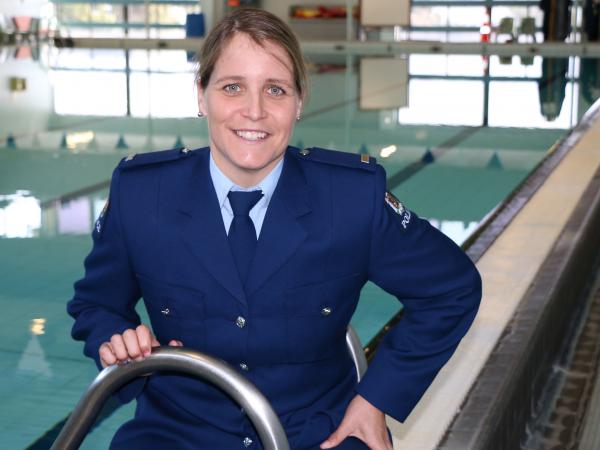 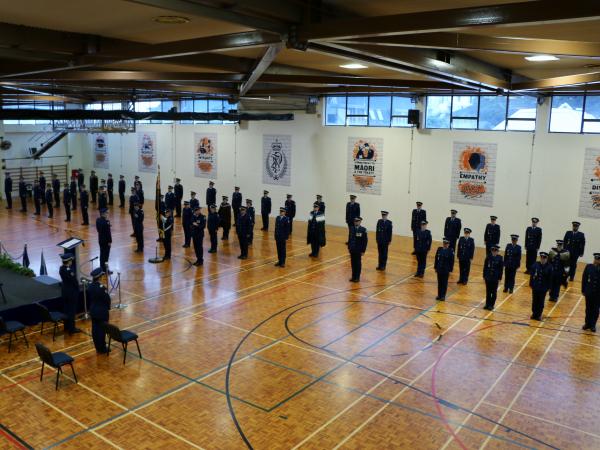 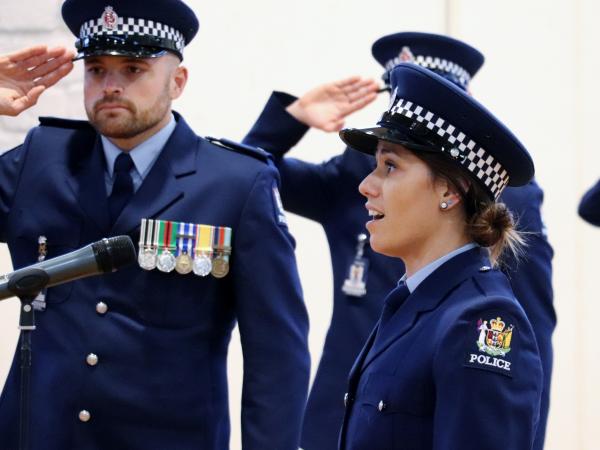 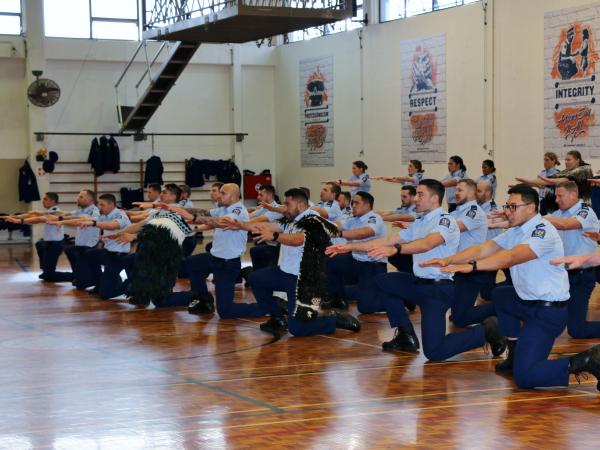 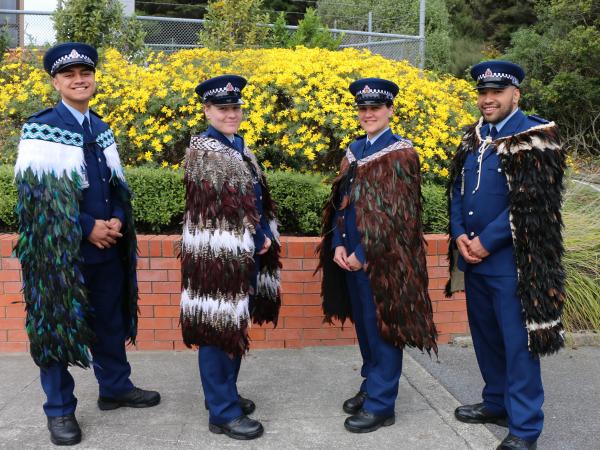 They may have been physically separated because of COVID-19, but the 56 new constables who graduated from the Royal New Zealand Police College (RNZPC) last week had family and friends with them in spirit – and online.

With gatherings of more than 100 people ruled out by COVID-19 Level 2 restrictions, the Wing 340 graduation ceremony was livestreamed to whānau and others who would otherwise have packed the RNZPC gym for the occasion.

Family loomed large in the career decisions of some graduates. For example, there’s no doubt Constable Jordan Crowe has policing in his (blue) blood – his mother and uncle were police officers and his father and two siblings are currently in the job.

Jordan says hearing work stories over the dinner table made him decide to join the ‘family business’ – but only after he fulfilled other goals in rugby, hospitality and travel.

He jokes that his dad’s ‘bigger plan’ was to “get us all to join Police”.

“Even Jordan’s brother’s girlfriend is in the job, so any potential grandchildren will have their careers mapped out for them,” says his father, Detective Senior Sergeant Bill Crowe, who works in Coronial Investigations Hamilton.

Jordan has played rugby at representative level for Waikato and in England and Holland.

Working in hospitality led him to an opportunity of a lifetime working at a hostel and training staff in Tanzania, which then opened up opportunities to travel.

After all these experiences, he has also proven he’s ready for the challenge of policing – Jordan received the award for Second in Wing at the graduation.

Constable Daniel Stone’s leadership within the wing over their 16 weeks’ training was recognised with the Commissioner’s Award for Leadership.

His journey into Police saw an early bump on the road when he was told as a 21-year-old to get more life experience before joining.

“At the time I was disappointed, but what my recruiter told me that day has been hugely beneficial for my life experiences so far,” says Daniel.

He became a truck driver and worked his way up to operations manager for a trucking company. He travelled widely internationally before coming back to where he started, 13 years later.

Addressing the graduation ceremony on behalf of the wing, Daniel said they were proud to wear the uniform and dedicate themselves to “helping members of our community, supporting total strangers in their hour of need and being the ones who run towards the danger”.

He quoted three words told to him by a firearms instructor on the college range: Never stop learning.

“This career is totally unique. It will open our minds and the experiences will shape our futures. No two days are going to be the same.

“We are privileged to be able to join a very select group of people to do a job that the vast majority of the public will look to for guidance, reassurance and support

“There will be tough times and challenges ahead. What we’ve learned and what we will continue to learn will help us deliver on the promise to be the safest country.”

Daniel is posted to Wellington District.

Constable Charlotte Webby is posted to Central, her home district and where she earned her degree in Bachelor of Business in Management and Economics from Massey University.

She says she loves working with people and being part of a team, and joined Police to help people feel safe. “I’m a Kiwi and want other Kiwis to feel safe in their own country.”

Constable Findley McCabe has an affinity for Police, having previously worked in the Crime Monitoring Centre in Wellington as a non-sworn employee.

His identical twin brother works in Police, and Findley has previously volunteered in a prison, playing sport with prisoners, so has wide interests in justice and policing.

He is also a registered marriage and civil union celebrant. He enjoyed marrying some close friends and family, but doesn’t intend renewing his registration as he wants to focus his efforts on his Police career.

Katie has a Bachelor of Sport and Recreation degree and has worked in the fitness and travel industries, as well as spending time as a volunteer with young people.

Previous
Safer railways together
Next
Cycling and recycling