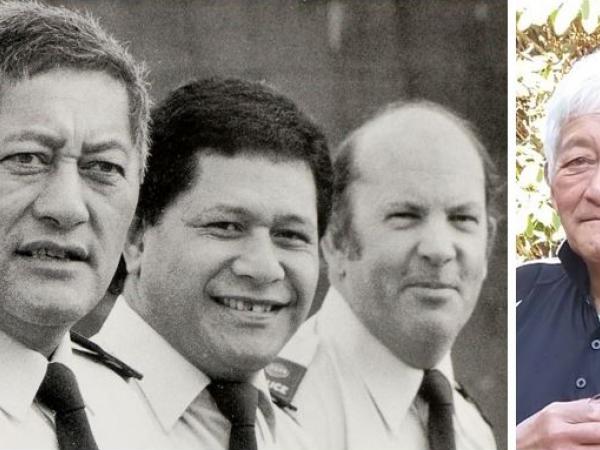 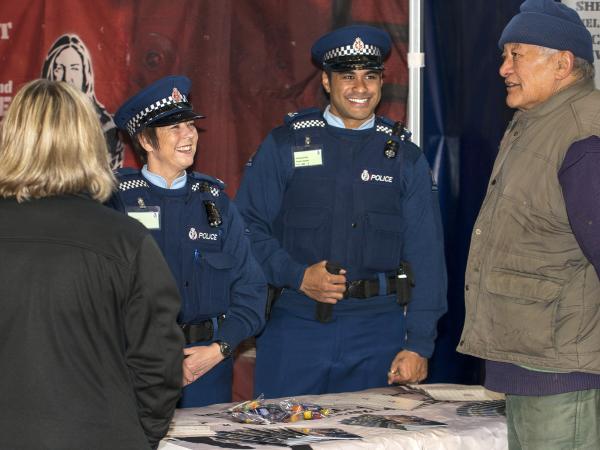 Aporo Joyce was the quintessential community constable, known by and enjoying the respect of all sections of society, say former colleagues.

Aporo – known as Ap or Koro Ap – died after being hit by a car in Main Road, Tawa, on Wednesday evening. The Serious Crash Unit is investigating.

Ap, of Ngapuhi iwi, was a school-leaver working on a Hokianga dairy farm when he saw a newspaper advertisement for Police. He joined in Auckland in 1956, later transferring to Wellington, where he served as a dog handler and on the Armed Offenders Squad.

He also served in Police’s UN mission to Cyprus – where he met his wife Brenda - in 1964-65, and played an active part in celebrations of the 50th anniversary in 2014.

He is particularly remembered, however, for his pioneering work as a community constable in Porirua, first in Waitangirua from 1984-85, then Cannons Creek from 1985-89.

“He knew everyone, and everyone knew him,” says Inspector John Spence, who as a young constable worked with Ap in Porirua, “He had the ability to control a situation with his voice.”

One of many stories tells how Ap was faced by a hostile crowd of out-of-towners in the Top Tavern – aka The Flying Jug – when a group of locals intervened on his behalf.

“The gist was that if anyone was going to hit the local policeman, it was going to be a local,” says John. “He could talk to anyone, from any strata of society.”

When Ap began as a community constable he visited a kindergarten and asked the children who wanted to join Police – no one did. “Six months later they all did,” says John. “That’s the kind of man he was.”

Senior Sergeant Alasdair ‘Mac’ Macmillan, of the National Prevention Centre, remembers Ap from policing, from his leading role in Porirua Police’s active sports club and from his later community work.

“He was a legend. He knew everyone – the good, the bad and the ugly,” says Mac. “He was open and honest, had a really good sense of humour and had the ability to calm a situation just with his presence.”

Ap received the Queen’s Service Medal for public services in the 1986 New Year Honours. His mana and commitment to the community remained undiminished after he left Police in the 1990s.

Among many roles, he was chairman of various Cannons Creek residents’ groups and a former president of Porirua RSA, and was ever-present alongside police at Anzac parades.

He was also instrumental in the foundation in 1994 – in The Flying Jug - of He Huarahi Tamariki, a high school for teenage parents which became the first of a national movement.

In a speech in 2005, Hon Justice David Baragwanath recalled Ap introducing his wife Susan, the school’s founder – “in high heels and pearls, teetering through the sawdust” - to locals in the bar.

“The initiative of Aporo Joyce and his support for these initiatives has provided a strong bridge between the races and it is in my view a classic example of the Treaty and the police at work,” said Justice Baragwanath.

Other tributes have come from all sectors of society, including former Porirua Mayor Nick Leggett and Green MP Jan Logie, who told her Facebook followers: “He was the definition of community spirit.”

A service will be held for Ap at 11am tomorrow (Saturday 24 June), with Police pallbearers and honour guard, at the Elim Church, Heriot Drive, Porirua, before he returns to his iwi in Hokianga. Police staff: meet at Porirua Police Station for a 10am briefing. Full uniform and medals; suit and medals for retired staff.
Previous
Cooking up a new career
Next
Police supermum Dallas retires