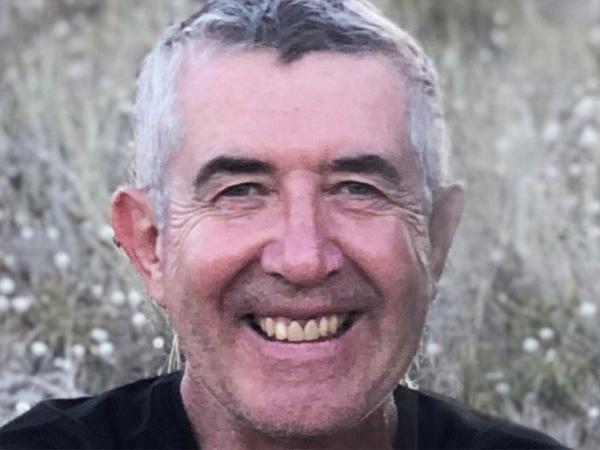 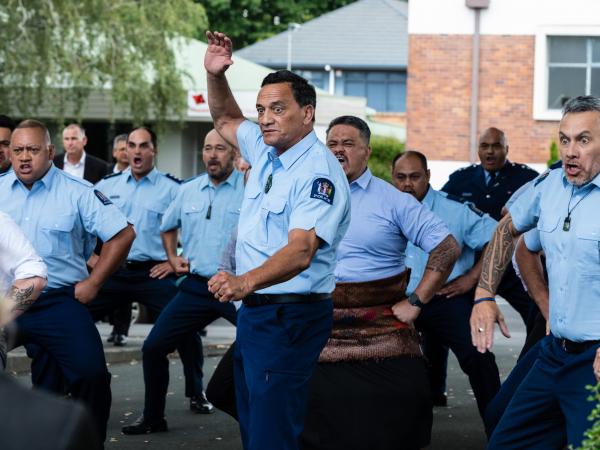 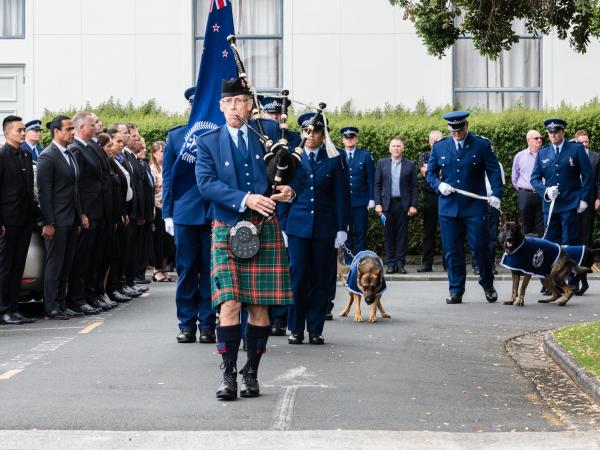 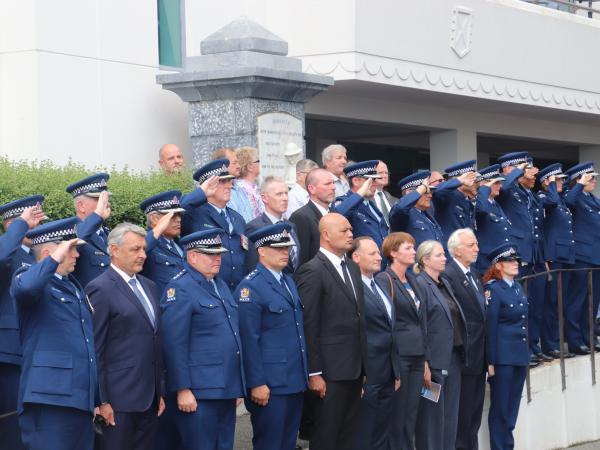 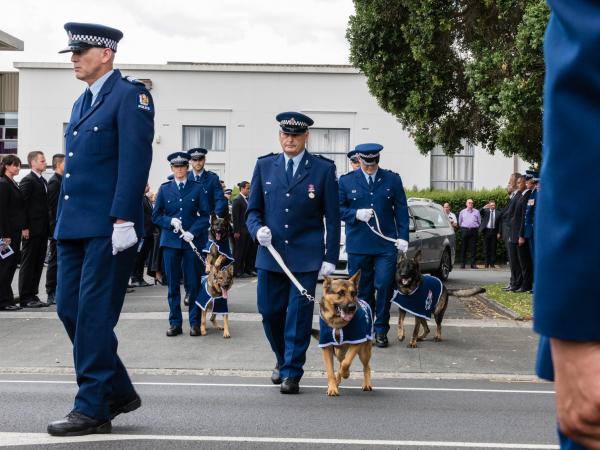 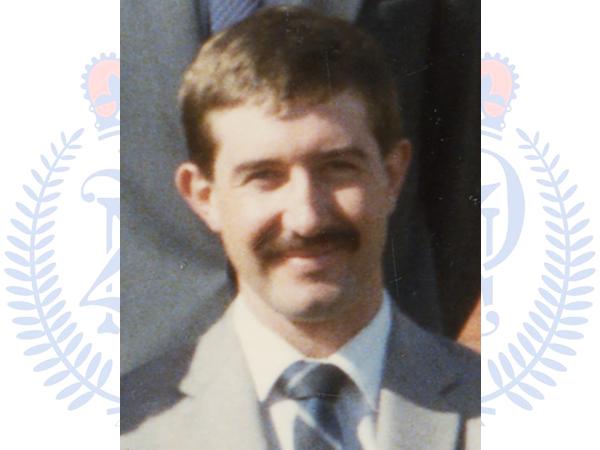 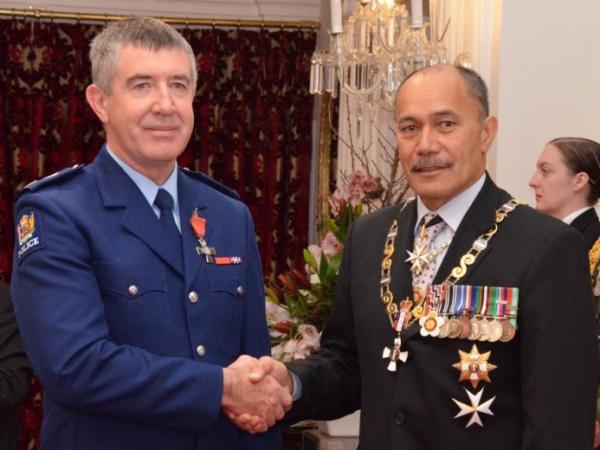 ​More than 1000 family, friends and colleagues gathered to say goodbye to Detective Inspector Gary Lendrum, who passed away on 30 December after a brave battle with cancer.

At his funeral at Pukekohe War Memorial Hall on Tuesday 12 January, speakers paid tribute to Gary's leadership, compassion and immense contribution to the communities of Counties Manukau.

Gary joined Police 44 years ago as a member of Section A of the 21st R C Savage Cadet Wing, beginning training on 26 January 1977. He graduated on 14 December.

After several years policing on the frontline Gary began his training as a detective in 1983, qualifying in 1987.

A move to Thames in 1988 saw Gary work as a detective there for a year before returning to Counties Manukau and being promoted to sergeant. Gary went on to work across the district in a number of roles within the CIB, often tackling complex investigations while also carrying on with his day-to-day role.

In 2002, Auckland was shaken by the murder of 23-year-old Marcus Doig, who was shot during a robbery while working at a pizza delivery company in Pakuranga. A week later John Vaughan was shot dead at the ASB Bank in Mangere Bridge during a robbery.

One of the largest investigations seen in Auckland was launched and Gary was put in charge of several suspects teams. It was no coincidence that this key role was entrusted to Gary amid the intense pressure to find the offenders.

“I remember Gary being the calm in the chaos that occupied Level 9 of Harlech House where the investigation was based," says Detective Superintendent Dave Lynch.

"He calmly and meticulously got down to work and led the phases that resulted in the arrest of the four suspects. He was then tasked with putting together what was one of the highest profile prosecutions of the time. That was a tough trial and the results speak for themselves."

Other high-profile cases Gary worked on and held close to his heart included Operation Kelley, investigating the murder of Otahuhu sex worker Marlene Kelley in 2002; Operation Mahia, into the stabbing of 15-year-old Kelly Lawrence in Manurewa in 2005; and the murder of Shelvin Prasaad in Karaka in 2013.

In 2014, Gary was made a Member of the New Zealand Order of Merit (MNZM). His citation included the 18 homicide investigations he had led by then, other serious crime investigations, his work pioneering the investigative interviewing PEACE model that is now the national standard, and around the CIB role in crime prevention.

“That was a special day for Gary and his family, and you could see that Gary was extremely proud of his achievement - but as always just as quick to point out that it was always the team that enabled results," says Dave.

"Gary’s receipt of that award was also a proud day for Counties Manukau CIB. The support he received was reflective of the feelings of admiration and respect that I know all his Police colleagues have for him."

In 2014, Gary was promoted to Detective Inspector and took the Field Crime Manager role based at the Multi-Agency Centre.

Here he recognised the over-representation of Pasifika families in child protection matters and he became an integral part in the establishment of the Fanau Lelei programme, a partnership with Tongan churches, Oranga Tamariki and the Ministries of Pacific People and Social Development.

Gary recognised the importance of working with community and, along with Tongan Police staff, visited Tongan churches to present on positive parenting. The initiative was an outstanding example of working with the community and was an award winner at the national Problem Orientated Policing Awards in 2018.

“He was such a wonderful member of the leadership team,” says Counties Manukau District Commander Superintendent Jill Rogers. “It is so evident that his service to his community has been exemplary, recognised by the two Bronze Merits Awards and MNZM that he holds. I was delighted to see him presented with his 42-year Long Service and Good Conduct award in 2019.

“Seeing written in detail the cases that Gary has worked on was a stark reminder to us all just what a contribution Gary has made to our community. His care for others and his understated leadership has made him such a rock of not just the investigations team but to the whole of New Zealand Police and the wider community."

During her eulogy, Jill had one last message to Gary: “You were the best of the best, you were our rock. Kind, calm, compassionate, honest; endless common sense, meticulous, respected, loyal, a true leader.

"Gary, you really did have it all. You have done so much and now it is time for you to rest. Rest in peace, my friend."

The final eulogy was given by Dave Lynch. “I think it is the finest tribute I can pay to Gary to end by simply saying – you were a great family man, a great cop, a great mate to many and you were the quintessential Kiwi good bastard.

"I am proud to have known you and called you a friend and, like everyone here, will miss spending time with you a lot. Thanks for all you have done for everyone in the Police family and your community. Rest in peace mate."