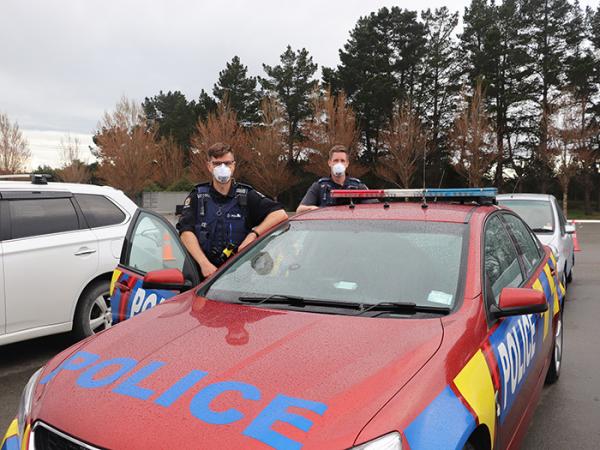 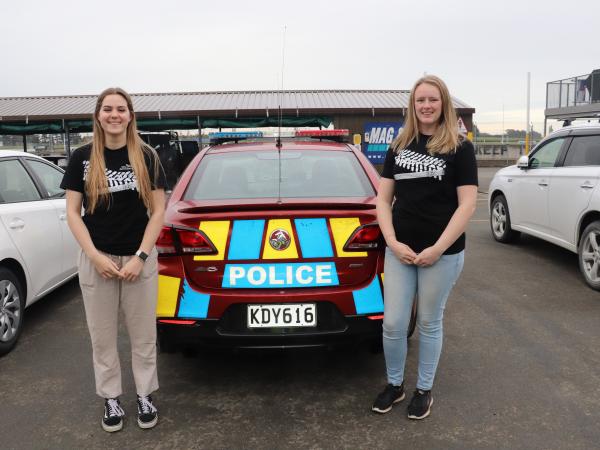 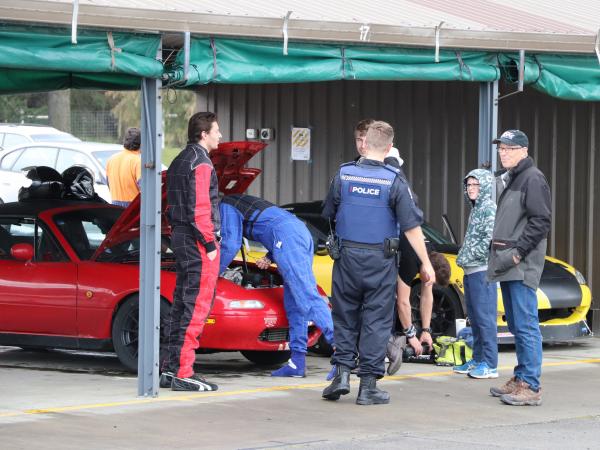 Offering young people a safe space to race was the focus of a recent track day held by Motosoc and attended by Police at Ruapuna Raceway in Christchurch.

Motosoc is a club for motor vehicle enthusiasts that was founded by the University of Canterbury’s Student Association in the early 2000s. It gives young people an opportunity to race in a safe environment, rain or shine, on a proper racetrack.

The club is run by students and welcomes all students, staff and former students who have a love for anything with an engine, including motorbikes.

The track days have been a big success with younger drivers.

Constable Justin Bateup from Canterbury’s Anti-Social Road User team (ASR) attends their track days to share safe driving messaging. The team also use them as a meet and greet for Police to work proactively with young drivers.

Justin says: “Motosoc organise track days at Ruapuna [Raceway] once per university term, primarily for younger drivers to have a go on the track. These track-meets involve drivers taking their vehicles on the race track and driving it hard.

“It’s not a race however, and participants are not allowed to overtake on corners or under braking. Any passing is completed on the two main straights of the track.

“Police spend track days speaking with the participants and sharing Police safe driving messages such as saving the fast driving for the track along with other messages.” 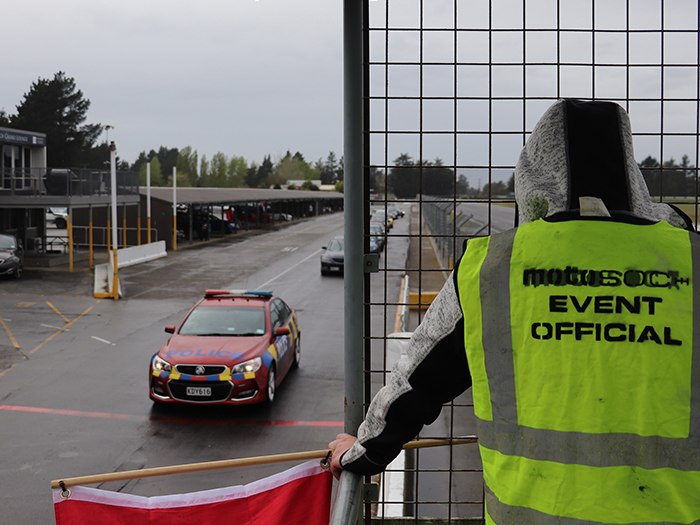 Police offer Motosoc the use of a Police Commodore SV6 as a safety car to lead the pack around for their two-lap orientation drive, where participants take their car out at a slow pace to orientate themselves with the track at the start of the day.

Safety is a priority for organisers. All participants must have a warranted and registered vehicle. If their vehicle doesn’t have a WOF or registration it has to be taken to the track on a trailer – not driven - and pass scrutineering. That includes checking that every vehicle has a fire extinguisher fitted within reach of the driver. The driver must also wear cotton or race overalls and a certified race helmet.

"I hope we can show the public that not all young people who like cars are hooligans on the road," says Motosoc President Aimee Barnes.

“I was extremely lucky to have the opportunity to race and have the support from my family to do so, whereas a lot of young people don't get that opportunity. “The track days are such a great way for drivers to get their 'rush' but off the public roads and in a safe environment.”

Justin says track driving teaches drivers a system of car control, even in the rain.

“It’s more interesting with a wet race track as your car starts slipping a lot and you can practise car recovery skills much easier,” he says.

Justin takes his own track car to the event so other police officers can drive on the track. He believes this helps build rapport with the participants, breaking down barriers and making it easier to mentor the young drivers.

“Several participants offered Police rides in their vehicles and we have a go as passengers in some of their cars, which is great,” says Justin.

“These cars had homologated motorsport roll cages and race seats with five-point harnesses, which is a safety requirement if wanting to carry passengers on the day.

“There have been young people at the track who are keen car enthusiasts who in the past have caused us some trouble. So it was a great opportunity to talk with them in an atmosphere where we weren’t giving them a ticket or green-stickering their car.

“We think education and mentoring is the key to keeping these young drivers safe.”

Aimee says Motosoc’s main relationship with New Zealand Police has been through Justin.

“Justin has been involved with Motosoc for several years in his personal time and more recently through the Anti-Social Road User Team out of Christchurch Central. He shares many of the same views as Motosoc, such as providing a safe, legal, and responsible way to enjoy cars and racing.”

Previous
Kia orana! Get jabbed
Next
Paws up for a doggy treat