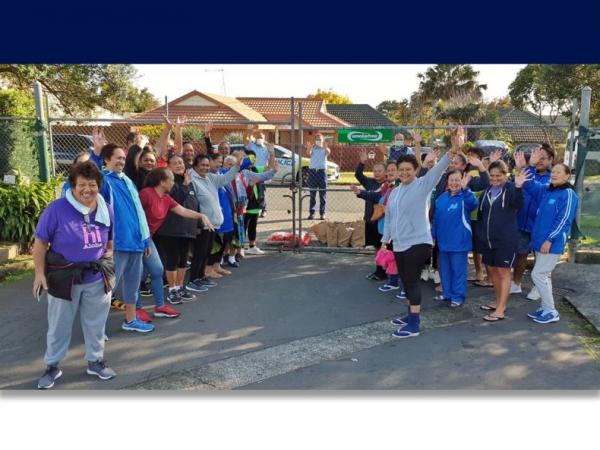 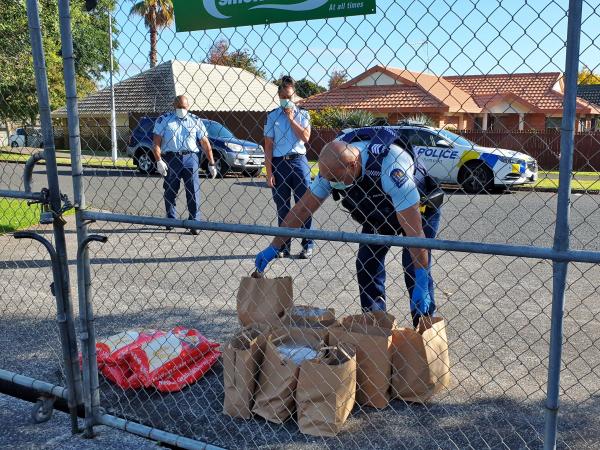 COVID-19 may have turned their journey home into a weeks-long isolation odyssey, but a group of Cook Islands netballers and ānau (whānau) stranded in Auckland found timely support from local police.

The 39-strong group was in Hawaii for a Golden Oldies tournament which was cut short by the pandemic. They had got as far as Auckland on their way home when they had to go into isolation in late March.

The group – including some husbands and teenage children – were sharing a bubble at the Atiu Hall social centre in Mangere after being unable to find a hotel to isolate in.

When members of Police’s Cook Islands Internal Support Network (CIISN) heard of their plight, they made contact with the group and asked if there was anything they needed. Supplies were low, they replied. And they would really appreciate some meat.

Constable Ma Meti, network chair, says the CIISN leadership group agreed collectively to use some of their group funds to buy food and headed to the supermarket.

Ma and Sergeants Owen Arapai and Sergeant Nga Paratainga delivered the supplies on behalf of CIISN last week – observing COVID protocols, wearing PPE, and sanitising all items before leaving them at the gate - and received a memorable Cook Islands welcome.

“Some of the group were exercising in the car park area when we arrived,” says Ma. “When they knew we were there, everyone came out.”

Ma addressed the group in Cook Islands Māori, encouraging them to remain happy, healthy, patient and compliant during the lockdown. Acting Sergeant Teveka Taru, a Cook Islands Police officer and team member, responded on their behalf.

The group sang and one mama danced, with Ma responding in kind from the other side of the closed gate.

“They couldn’t give us anything so that was their way of saying thanks,” says Ma.

Mount Wellington resident Selina Patia, who accompanied her mother to the tournament, chose to isolate with the team rather than at home and acted as their liaison person.

The group has had support from the Cook Island High Commission, Pacifica Homecare and others – but Selina says the Police intervention came at the perfect time.

“Everyone was feeling down about what was going to happen to us,” she says. “Everyone went out and sang to them because we were all so grateful. It was the first time the whole group had gone out together like that.”

The food went into a big cook-up which marked the end of their month at Atiu Hall. “I told everyone to tuck in and appreciate it, and they really did,” says Selina. “It really lifted their spirits.”

The following day most of the group were moved into a hotel for 14 days’ managed isolation before they can fly to Rarotonga, and another 14 days in lockdown. With the Cook Islands still coronavirus free, they are taking no chances.

“No one wants to be the person who takes the virus back with them,” says Selina, who saw out Level 4 at the Atiu Hall before reuiniting with her ānau.