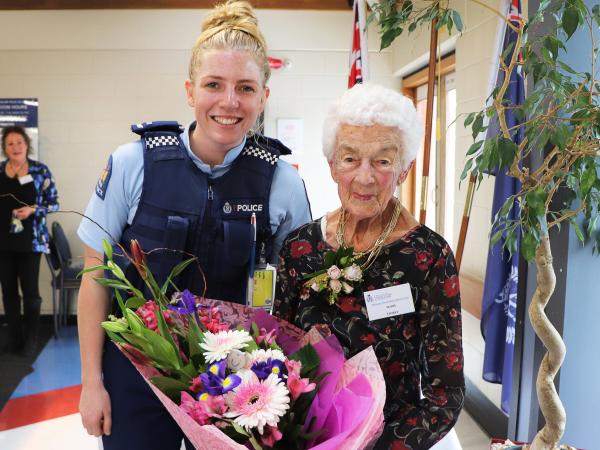 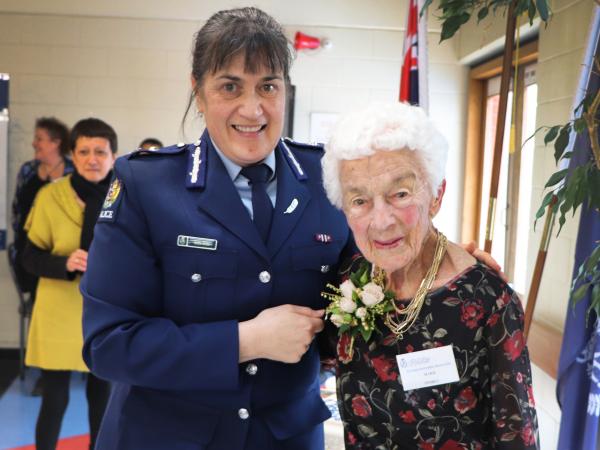 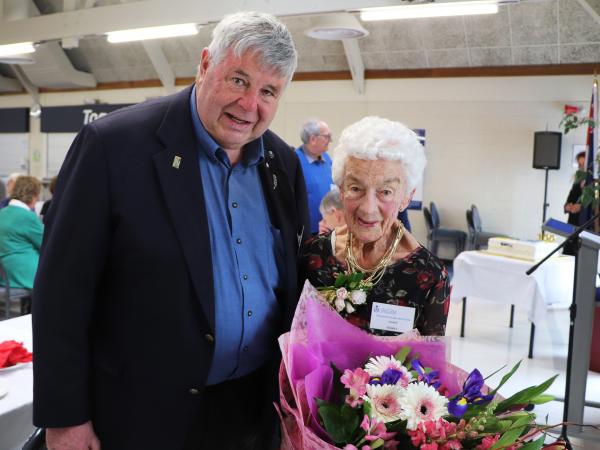 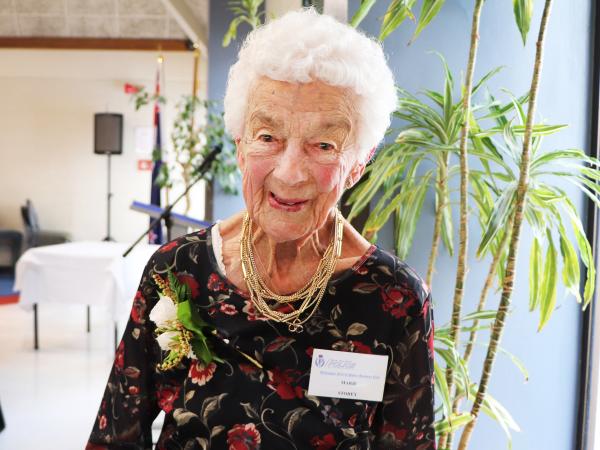 ​It’s a milestone worth making a fuss about.

Last week, Marie – one of the stars of Police’s 2016 celebrations of the 75th anniversary of women in Police – was guest of honour at a lunch of her fellow members of Wellington Retired Police Members Club at the Royal New Zealand Police College (RNZPC).

She was presented with a bouquet by Recruit Katie Lyttle, of Wing 348 - the youngest female recruit currently at the RNZPC - on her own 21st birthday.

Marie was inspired to join Police when her police officer father came home one day in August 1941 and told her he had seen history being made with the swearing-in of the first intake of women.

She was one of 14 women who entered training in 1943 in the third intake. She was posted to Wellington Central, where she was attached to the detective branch.

Her career only lasted a few years as she had to leave to marry, as was the requirement in those days.

Deputy Commissioner Tania Kura presented Marie with a corsage and paid tribute to the pioneering women who did so much to forge policing as a worthwhile career for later generations joining – such as her own in 1987 and Katie’s in 2021.

“The changes across policing in that time have been significant,” she said.

“For me I have to say a whole load of thank-yous… for someone like me to be able to achieve, we needed you here to pave the way for us.”

Marie was accompanied at the lunch by her grandson-in-law Tony Musha and friend and neighbour Constable Jan Leathem.

She admitted she had woken up concerned in case no one showed up. She needn’t have worried – the event was at its COVID-19 Alert Level 2 capacity of 50, with the aroha in the room as real a presence as the magnificent cake. 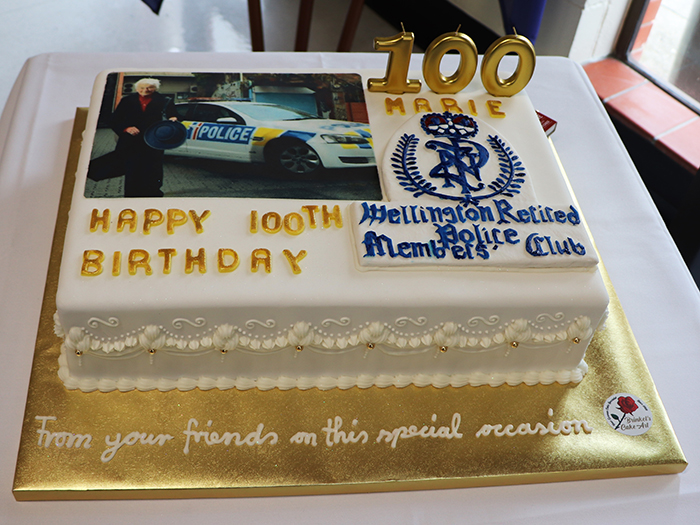 Club President JJ Taylor said it was a great turnout, and significant to see tributes paid by generations of Police represented by our highest serving female constabulary member and the youngest female recruit on-site.

“Marie certainly understood the significance of New Zealand Police honouring her in this way,” he says.

He says although her Police career was short, it was a highlight for her – and former members of Police are always regarded as such, no matter what other occupations they have held.

“She has been a keen committed member of the Wellington Retired Police Members Club for many years. She was granted life membership in recognition of her work for the club.

“When she speaks, members listen. We wish her many happy returns.”