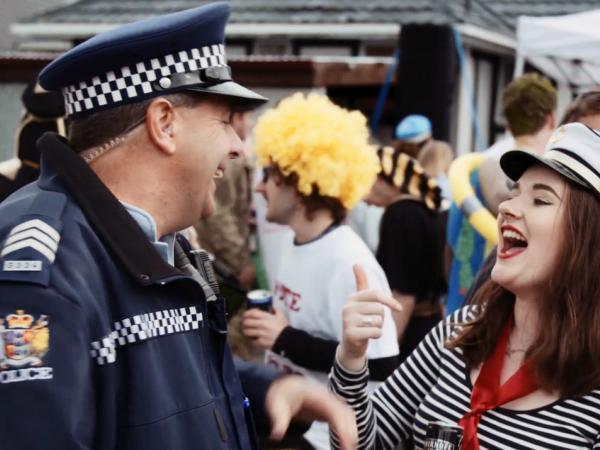 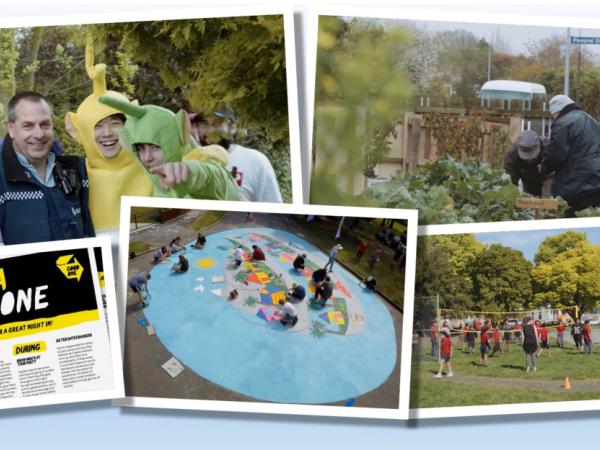 When there’s a party, not everybody celebrates.

In 2011 police attended out-of-control parties every weekend in Riccarton West, Christchurch - a popular area with students because of its proximity to the University of Canterbury.

That year there were 283 disorder incidents - a 272 percent increase on 2006. Police were regularly called to support noise control, or Fire Service officers tackling burning furniture.

In 2012 Riccarton West Neighbourhood Policing Team (NPT) was established. “The first thing we did was a community survey,” says Sergeant Steve Jones. “One third of residents were concerned about disorder and antisocial behaviour.

“Some told us they lived in fear of disorder and bonfires in the area. They saw students as troublemakers and didn’t want them there. Others accepted students living there but didn’t want the problems.

“All felt let down by Police’s inability to stop the problems caused by those parties.”

It was a fragmented community, where students – around half the population – lived uneasily alongside young families, working and retired people.

“The students were not connected to the area,” says James Addington, University of Canterbury Students’ Association (UCSA) President.

“For them it was just a place to live near the university. There was low trust in Police - for some party-goers, police showing up just contributed to the fun.”

There was no follow-up with hosts when things went wrong, says Steve, and little accountability for those arrested. A pre-charge warning became a badge of honour.

“We were stuck in the same reactive mindset,” says Steve. “We knew we had to take a Prevention First approach and involve people living in the area in the problem-solving process.”

In 2012 NPT members visited a house where a party was planned. “We let them know we were there to support them and encouraged them to call us early to prevent small incidents becoming major problems.

“There were 250 people at the party, but no problems or complaints from neighbours.”

Pre-party visits became the norm. There were follow-up visits in the event of problems, sometimes with UCSA taking the lead. Arrested party-goers were dealt with by community panels.

The approach was formalised in Have a Good One, an online party register. Hosts log event details and receive a visit from police to discuss potential issues.

“It’s common to see hosts call the police if there are problems such as gate-crashers,” says James. “We now see police knocking on the door as a good thing.”

The register is BAU, is being expanded into other areas and has informed ongoing work to develop a national model. It has also been logged on Police’s Good Practice Index.

It has improved staff safety – and there have been no complaints to the IPCA about Police Support Unit policing of parties in four years.

However, says Steve, it was always apparent the party issue was a symptom of deeper problems in the area.

Student and non-student populations were brought together to plan and execute community events and projects – such as a ‘sport in the park’ programme and creation of a community garden. Students joined working bees. A sense of belonging was created.

James says the NPT was a catalyst for transformation. “In 2015 there was another community survey,” he says. “Two-thirds of residents felt a sense of belonging and trust in their neighbourhood.”

Between 2011 and 2016, complaints of disorder and noise fell 54 and 22 percent, with no displacement of offending. Fire Service call-outs fell 95 percent.

Senior Sergeant Vicki Walker, District Deployment Coordinator, says the project was given focus by Our Business and driven by Police’s values.

“Policing has moved from being highly reactive to proactive,” she says. “They’ve built a safer, resilient community with trust and confidence not only in Police but in other partners.” 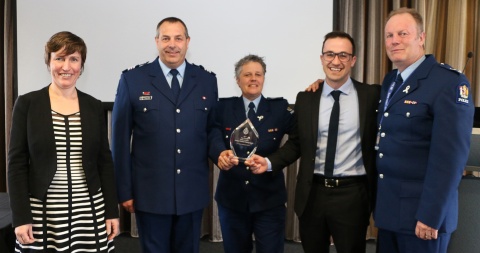 Have a Good One won the award for Excellence in Reducing Harm from Crime in the 2017 Evidence Based Problem Oriented Policing (EBPOP) Awards.
Previous
Have puppies, will travel
Next
Police return veteran’s stolen medals