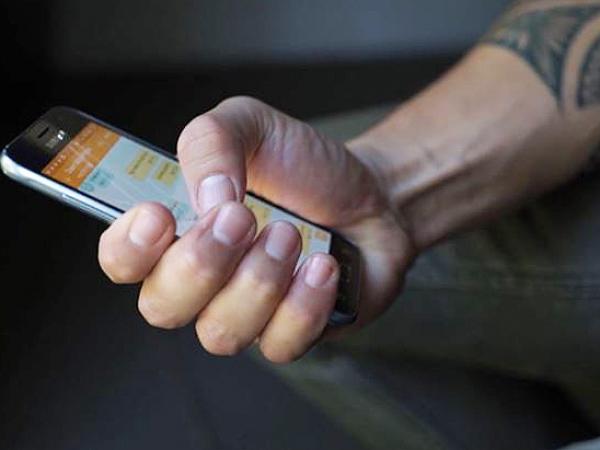 Men who fear they’re about to lose it with their whānau have somewhere to turn with 0800 HEYBRO, a new 24/7 violence prevention helpline.

0800 HEYBRO (0800 439 276) was launched this month by He Waka Tapu, a kaupapa Māori provider involved in the Integrated Safety Response (ISR) being piloted by Police in Canterbury District.

It was developed out of an idea from Damien Petersen, DV/FV Co-ordinator with He Waka Tapu.

“A couple of months ago I was at home trying to work out what we could do to prevent family harm,” says Damien. “I was thinking about how we could reach men. I thought ‘What does everyone have? A phone’.

“I thought why not have an 0800 number so they can call when they feel they’re going to lash out and harm a loved one or whānau member?”

HEYBRO is funded by ISR and has been established initially as a six-month pilot to give advice and put men in touch with services that can help them.

It serves the Christchurch area but has had nationwide publicity through social and mainstream media and associated organisations – and it has been called by at least one man from elsewhere in the country.

“We’re set up for Christchurch but if someone calls from outside we’ll talk to that man and find services for him in the region he’s in,” says Damien.

So far just Damien and one colleague are manning the line but hope to bring more people on board as it develops.

“If you’re going to do something like this you need to step up and do the work,” says Damien.

“We’re not only talking to people on the phone – we’ll go out and meet the man if we need to, or talk face-to-face on Skype.”

A ‘call us’ button is being built into the He Waka Tapu online tool Whaiora Online to make calling simpler.

“Men don’t want to ring – there’s a lot of shame,” says Damien. “But once you get them on the phone they start to relate to the voice.”

A HEYBRO video has been shared through Youtube and social media – see links below.

ISR Director Leanne McSkimming says 0800 HEYBRO is pure prevention. “What we were providing before was the ambulance at the bottom of the cliff, intervening after someone had offended,” she says.

“This is about people recognising that they need to change their behaviour before they offend and someone being there to support them. It’s a great thing when someone says ‘I’m ready and I want to change’.”

Leanne says such projects reflect the growing confidence of partners to propose ideas based on what they hear from whānau, and the desire of Police to facilitate them.

“This is about saying ‘We trust you, this is a fantastic idea and we’re going to support it for six months and see where it goes’,” she says.

“The innovation and commitment that come out of that is massive. We recognise the value of partnerships with the NGO sector and acknowledge the expertise they bring.”

ISR is a Police-led multi-agency pilot which aims to ensure family harm victims and whānau get immediate support and prevent further violence. It was launched in 2016 and is funded until June 2019 at sites in Canterbury and Waikato.