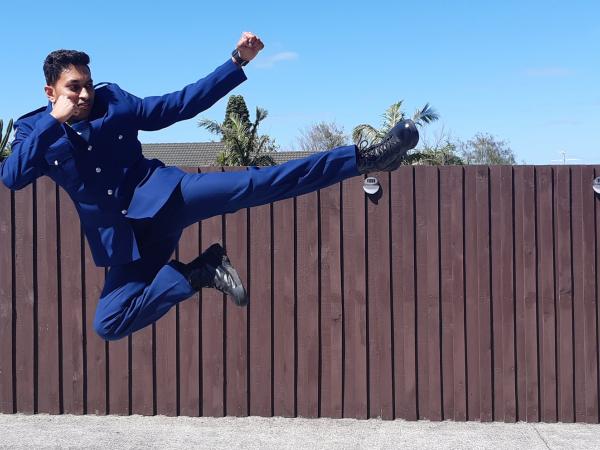 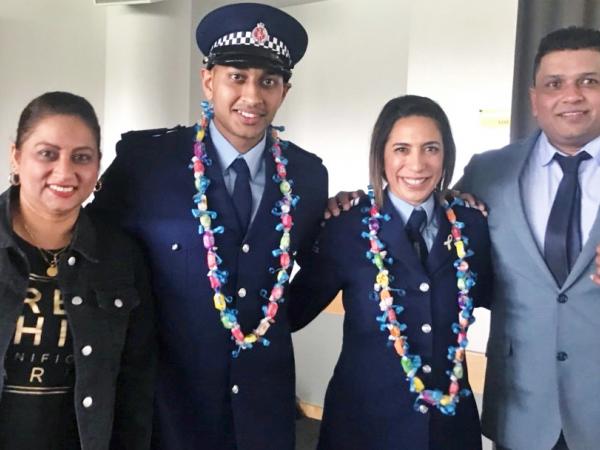 Home > News > Ten One Magazine > It's the flying squad!

If you’re hoping to look good at your next PITT training, then don’t stand next to Constable Krishneel Singh – he can do some hard-core Bruce Lee moves.

The 23-year-old graduated in September with the Auckland-trained section of Wing 314 and is based on NPT at Mangere East, Counties Manukau District.

Not only can Krishneel pull off a flying high kick in his number ones without splitting his trousers, he’s also a black belt in karate and is training for his professional boxing debut.

Krishneel trains five times a week, sparring with his Dad Rohit Singh, a professional heavyweight boxer who represents New Zealand and Fiji in boxing and also doubles as Krishneel’s trainer.

Not surprisingly, Krishneel sailed through his PCT. Last year he had three amateur boxing fights, including one in his native Fiji.

“I’m currently at 84 kilos and preparing to fight in the light heavyweight division,” he says.

“I’ve done martial arts since I was about six years old. Doing martial arts and boxing isn’t about me wanting to fight people - it’s more of a discipline that keeps me focused and would be good self-defence if I ever need it at work."

He says he has also been approached about acting in Bollywood action movies, but is focused on his Police career.

“My childhood dream was to join Police - I’ve always loved the uniform and helping people.”