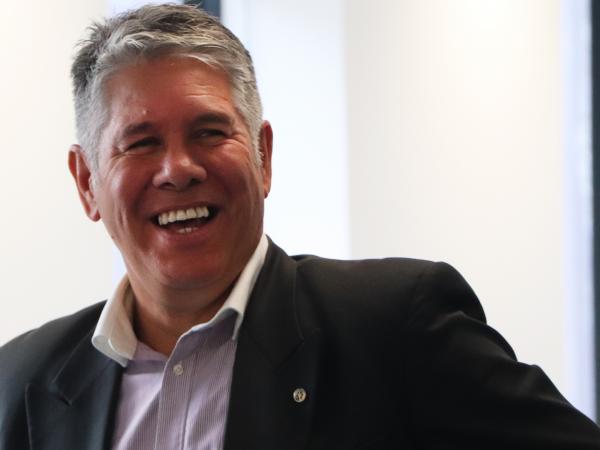 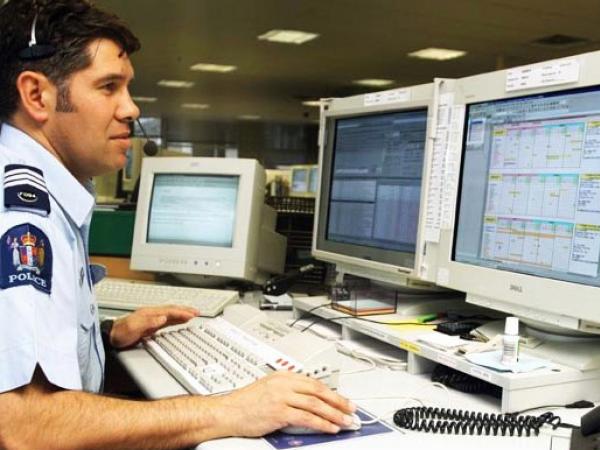 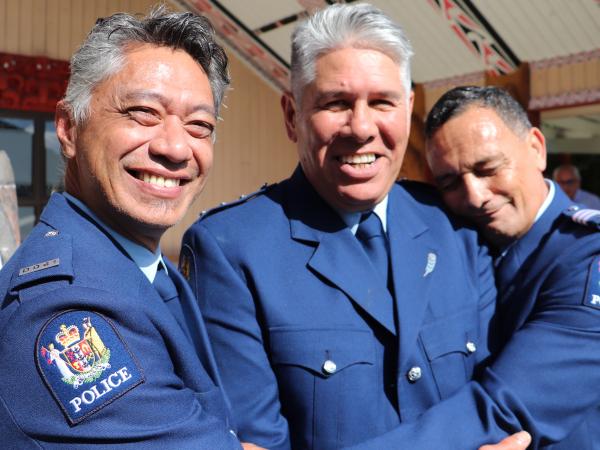 Home > News > Ten One Magazine > In a league of his own

Inspector Dexter Traill has signed off on a 33-year career characterised by innovation, marked by the highs and lows of policing, and which has involved lots of rugby league.

Dexter started in the classrooms of Wainuiomata as an MOT Traffic Officer Education, progressed through Eastern, Wellington, Counties Manukau and Tasman districts and finished as National Engagement Manager Māori at Police National Headquarters.

His roles included front line, OC station, comms, custody, Youth Services, Professional Conduct and Māori Responsiveness Manager. He went to Moutoa Gardens, Pike River and post-earthquake Christchurch. He was seconded to ACC. He even ran for President of the Police Association.

“It’s been a hell of a ride,” he says as he prepares for a new role in the Office of the Ombudsman.

Dexter (Te Uri o te Hika o Papauma, ki Ngāti Kahungunu, Rangitane me Ngāti Maniopoto), Eketahuna born and bred, was working for Dunlop in Palmerston North when he saw an advert for the MOT role in 1988.

After training at Trentham he took road safety messages to schools and ran a programme for disqualified and unlicensed drivers, based at Kokiri Marae at Wainuiomata. “There were tears every time we had a graduation because for a lot of them it was their first qualification.”

After the 1992 Police-MOT merger, Dexter worked on section in Lower Hutt and Wainuiomata before a move to Hawke’s Bay, where his wife Denise had been promoted in her career with Corrections, in 1993.

In 1997 Denise joined Police and they moved to Wellington, where over the next 10 years Dexter worked in comms, as a section sergeant and on the front line in Upper Hutt and Masterton.

In 2007 came another move as Denise overtook Dexter on the promotion ladder and took a senior sergeant’s role in Counties Manukau. Later she became the first female Pasifika officer promoted to inspector.

“There aren’t words to explain what she has done for me,” says Dexter. “She has been a huge influence in my life. She has been my rock.”

In Counties, Dexter was sergeant in Police’s first centralised custody suite, processing 50-60 prisoners each shift. “I had to learn quickly.”

As senior sergeant he became OC Manukau then worked in Professional Conduct and as Emergency Response Manager before applying for an iwi liaison position in Wellington in 2017.

Through this process he was asked by now-Deputy Commissioner Wally Haumaha if he would consider acting in the new role of Māori Responsiveness Manager (MRM) in Tasman District. He did, and the following year applied for and got the job permanently, at inspector rank.

His first priority was to bring together a Māori Advisory Board to guide the district commander, seeking out influential and active “movers and groovers”.

Another landmark was the introduction of Te Pae Oranga in Tasman - “the beginning of a cultural shift for staff,” he says. “I was lucky our people were open to some of the ideas I brought to the table, and the District Leadership team supported me.”

In 2019 Dexter worked with Road Policing, Intel and partner agencies to introduce the Alcohol Impairment Education Programme. After 18 months, none of the 100 convicted drink-drivers who particitated had reoffended.

The Tasman fires of 2019 literally set the standard for iwi involvement in disaster response.

Dexter was one of three liaison officers – with Barney Thomas from DOC and Shane Graham from te Puni Kokiri - mandated by the eight local iwi, and a permanent liaison desk was established in the emergency operations centre.

The model has since been written into the national Coordinated Incident Management System (CIMS) structure.

During his policing career, he has been involved in a number of landmark events – the 1996 Moutoa Gardens occupation in Whanganui; family liaison at Pike River; working on cordons and as deployment manager night shifts after the 2011 Canterbury earthquakes.

He has had brushes with tragedy. On 21 April 1996, Dexter finished a night shift and handed the car to Constable Glenn McKibbin. A few hours later Glenn was shot dead by an offender who was out to kill a cop, any cop. “I thank my lucky stars, to be honest.”

On 5 July 2002 he was managing comms when a call came in from a teenager who had just shot and killed Detective Constable Duncan Taylor and was holed up in a house near Feilding. Dexter earned a commissioner’s commendation for his management of the situation.

“I’ve seen a lot of situations where our staff have had to endure some really ugly things. How they do it, I don’t know. I have the utmost respect for my colleagues.”

He is grateful to the many people who have supported him, including Wally Haumaha, a special mention of Tasman District Commander Superintendent Mike Johnson, and any number of colleagues. Then there are iwi and other external partners.

He counts Sir Peter Leitch, most famous as The Mad Butcher and New Zealand’s highest-profile rugby league supporter, as a mentor.

“He taught me that the greatest gift you can give anybody is your time,” says Dexter. “I take that mantra on in everything I do.”

Which brings us to rugby league. Dexter is a passionate supporter. He played for the Hawke’s Bay Unicorns and Taradale Eagles, with whom he became the only player to win four consecutive Hawke’s Bay premier club rugby league titles. He has represented Police as a player or official on overseas tours.

His next goal is to establish a Māori and community team in the Office of the Ombudsman, using skills learned in policing, especially in Māori Pacific and Ethnic Services. “I’m looking forward to the challenge.

“As far as the policing whānau goes – it’s been a hell of a ride. I’ll miss it but the timing is right.”

Lord the creator of all that is everlasting, bless and guide the leaders and staff of this office to be caring and emphatic to all seeking their advice, ever upholding the guardianship of Te Kaitiaki Mana Tangata.

Previous
People of Police - Kate, Senior Media Advisor
Next
We are family