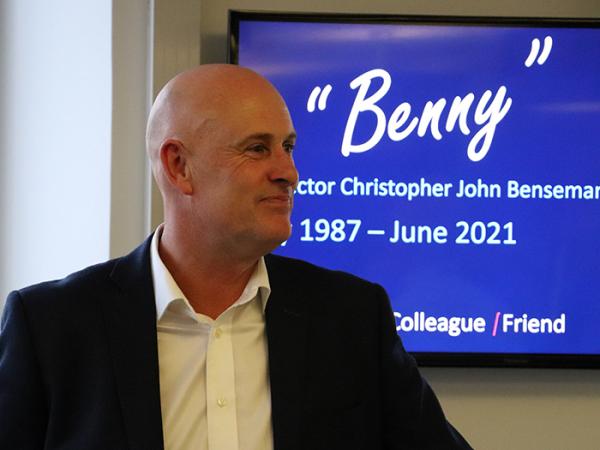 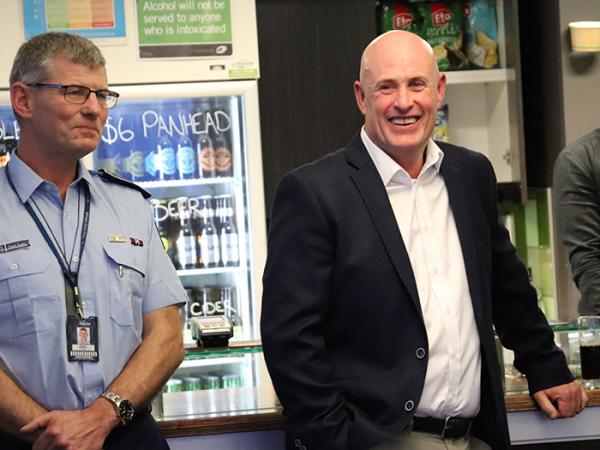 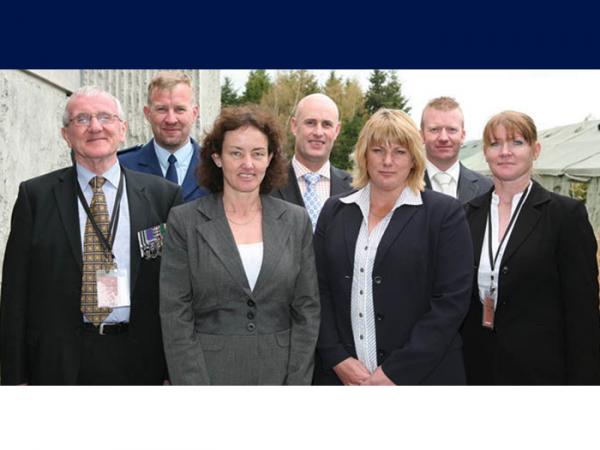 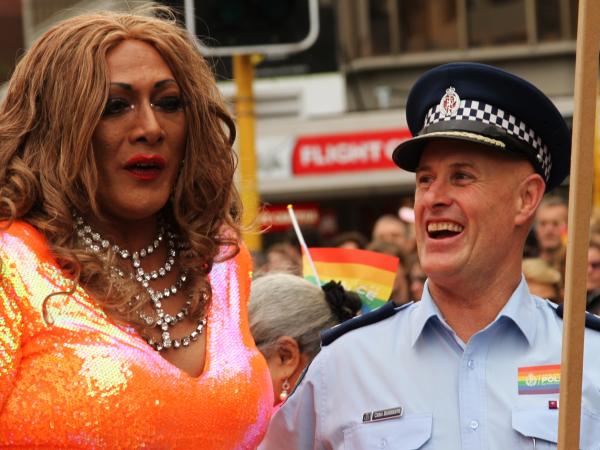 ​People join Police for many reasons. For a young Chris (Benny) Bensemann, it was as simple as running his fingers down the blackboard listing presenters at a school careers day and stopping at New Zealand Police.

Thirty-four years later, the now-Inspector Bensemann has swapped his career in blue for a different blue horizon. Together with his partner Niki, Benny will be running Lochmara Lodge in the Marlborough Sounds.

“I was born in Blenheim and spent my early years in Marlborough and returning there is coming full circle,” he says. “I’m excited that my new office will be a boat at sea.”

After shifting to Waverley in South Taranaki, a careers day in New Plymouth Boys’ High led Benny to join Recruit Wing 111 in 1987. There were around 100 members, most of them male. He remembers this time fondly as a fantastic six months of his life.

Through his career in Central and Wellington Districts, which includes 20 years in the Criminal Investigations Branch (CIB), Benny has gained lifelong friends. Fellow Wing 111 members were among those who dropped by to say goodbye.

“People should be at the forefront of everything we do,” he says. “Put your energy into people and you’ll get great outcomes and leave a lifelong impact.”

Benny always had a knack for making a first impression.

There was the time he mistook the assistant commissioner visiting Whanganui for the photocopier repair man. Then looking like a hippy in MC Hammer pants and sandals on his first day in CIB.

All his career memories, and there are many, were memorialised in a caricature gifted to him by colleagues at his farewell function. Also featured were other defining traits - his love of cheese scones and his accumulation of more than 50 ties, now kindly upcycled to Wellington CIB. 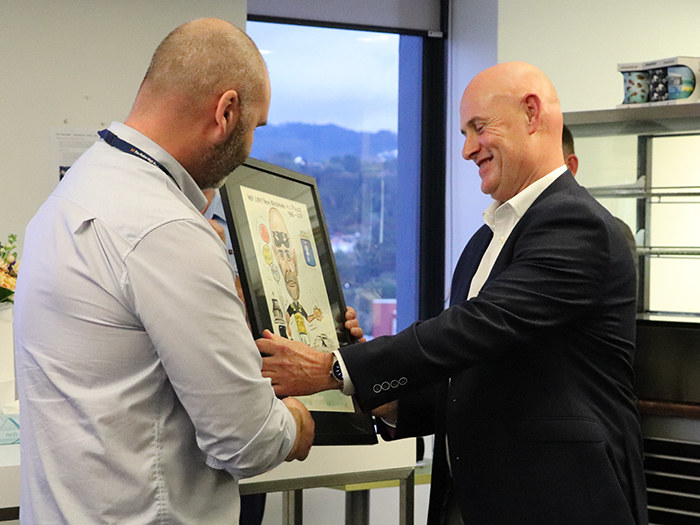 Some moments have left a lasting impression - including the undercover programme in the early days and, more recently, leading the COVID-19 resurgence team, logistics for the virtual APEC, and establishing the Major Events team.

CIB has been a big part of Benny’s career. Serious crime in Whanganui led to a lot of disturbed weekends but Benny didn’t mind.

“I enjoyed the attention to detail and being part of the team solving serious crime investigations.

“It’s the supportive team environment we created, the difference made in the lives of victims and the wider community, which I am very proud to have been a part of.”

A CIB highlight was leading Operation Valour, the 2008 investigation into, and recovery of, 96 medals stolen from the National Army Museum at Waiōuru. This included, at the end of the case, flying in Lord Ashcroft’s luxurious private jet from Auckland to Wellington after the Defence aircraft broke down.

Benny moved from Central to Wellington in 2015 to take up the role of Area Commander for Wellington City. At this point in his career, he wanted to be in a role focused on developing and supporting frontline staff to be better police officers.

“Wellington is an interesting place to work. You have the political influence, the proximity to PNHQ, and it’s a big city with a mostly affluent and employed population which was very different to Central District.

“There’s a high turnover of staff with plenty of opportunities around. For young officers coming into the organisation, it is a great platform to launch your career. I did my best to encourage and support them.

“It’s a huge privilege to be a leader. Your first sergeant is the most influential. I was lucky to have some really good sergeants. It is important to have a strong platform to your career, and to be able to work among a diverse community.

“Seeing frontline officers under my care succeeding and now in leadership positions is rewarding. I’d like to think I had a small hand in that.”

Benny was acting Wellington District Commander on 15 March 2019. It was a challenging time, but the district pulled together and sent 70 staff to help in Christchurch.

“As leaders, we met daily to ensure we had staff in the right place,” he says. “Every staff member worked above and beyond, with a clear purpose, for the community. It was what we joined Police to do.”

The changes in policing give Benny confidence for the future. He remembers ironically how as a 19-year-old constable he was imparting relationship advice at family harm incidents despite his lack of relationship experience.

On a more serious note, Benny says the organisation has really positively evolved in the way we deal with family harm.

“Back then we policed the symptoms and didn’t always address the underlying issues.

“Frontline staff today are better educated and equipped to pick up on the signs of physical and physiological harm. They can look at the bigger picture and take the appropriate action.”

A case involving a father who committed murder-suicide with his children remains with Benny from his early days and has always influenced how he coaches and mentors staff as a result. Benny is sure frontline staff today would now pick up on the warning signs in most circumstances.

“Police has been my life and I will fondly remember all the fantastic times, the camaraderie and sense of whānau. While I look forward to our next venture, I will always stay in contact with the people I have worked with for many years in many different settings”.
​