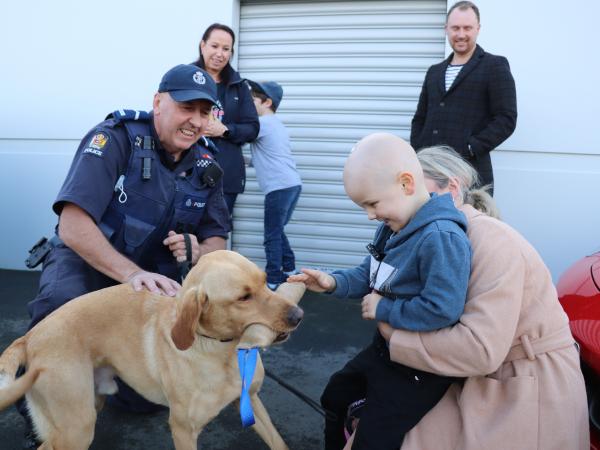 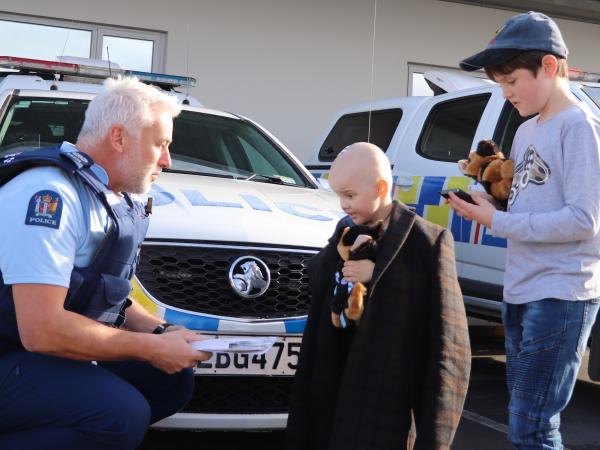 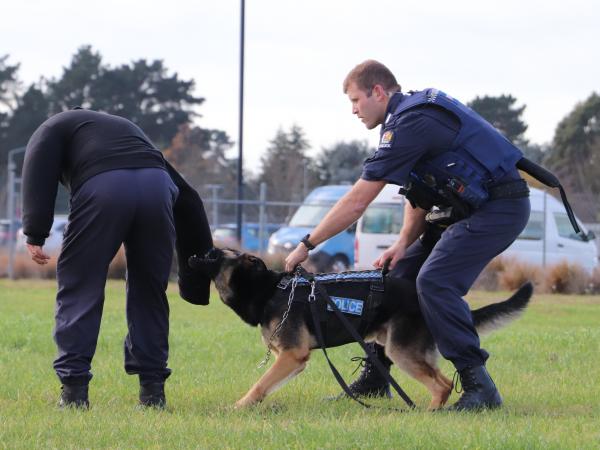 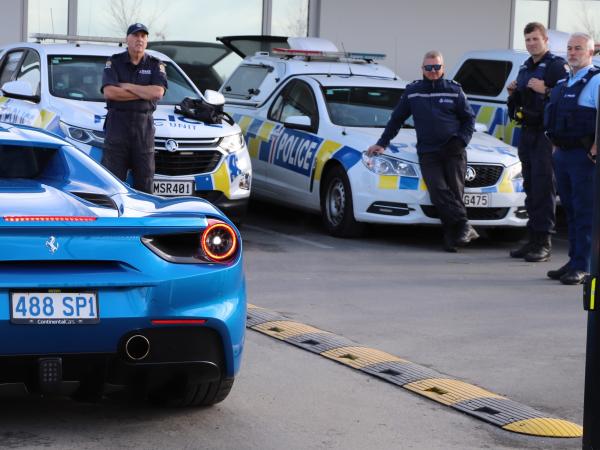 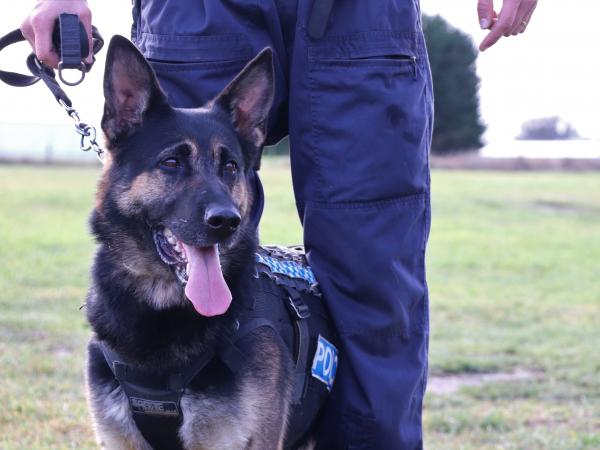 Four-year-old Willy Boylett loves dogs and fast cars. On a recent trip to Christchurch, he got to hang out with the best of both – Police dogs and Ferraris.

Willy lives in Nelson and has neuroblastoma, a type of cancer that starts in early nerve cells, which has unfortunately spread to his bones. With a long road of treatment ahead of him, Willy was treated to a Dream Day to keep his spirits up and create memories to cherish.

His Dream Day started with a special pick-up by four shiny Ferraris. Willy, big brother Baillie, mum Sarah and her partner Sam chose their favourite colour and were whisked away on an adventure they’ll never forget.

First stop was the Antarctic Centre, where Willy enjoyed a special tour and got up close and personal with the penguins.

Next stop was the dogs. Senior Constable Gary Donnelly picked Willy up and took him to the dog base. There, he had a tour of the kennels, met detector dog Rivet, then took a front seat as Constable Michael Lamb and Police dog Griff showed off what they could do.

Sam was game enough to try on the bite suit himself and got the bruises to prove it.

Before they left, Harewood Station O/C Senior Sergeant Matt Emery presented Willy and his brother with some Police goodies, including a Police dog soft toy that Willy proudly named Griff.

Willy and his crew rumbled away in their convoy of luxury cars, headed to the fire station, followed by lunch by pneumatic tube at C1 Espresso.

Gary says it is always a pleasure to help families like Willy’s.

“They’re going through a lot, so if we can provide a bit of joy for them, it’s easy,” says Gary.

“Willy chatted all the way in the car and we’d never even met before – he’s a cool kid.”

Willy's mum Sarah later wrote to thank the team. Thank you, thank you, THANK YOU to you and the team for making Willy's Dream Day happen. We all had the most incredible time, and are completely blown away at the kindness and generosity that was shown to us. I absolutely loved how confident Willy was, and how he was quite happy bossing everyone around. He hasn't put 'Griff' (his plush police dog puppy) down in days.

Sam, she wrote, was very impressed with his bruises.

>You can see a video of Willy's dream day on the Dream Days website. Dream Days is a charitable initiative of Lifetime, a New Zealand wide financial advisory practice.