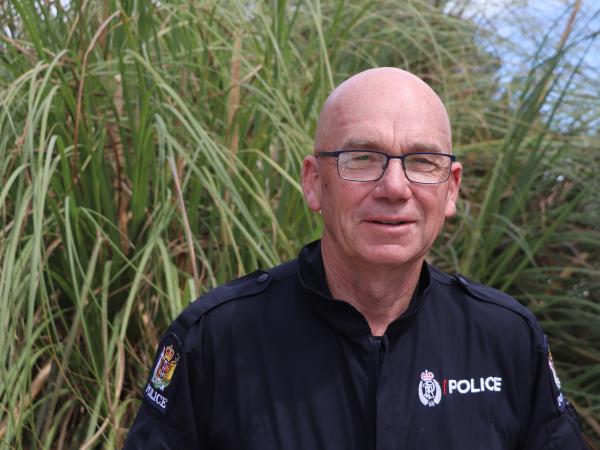 Home > News > Ten One Magazine > Peace of mind after 43 years

Old-fashioned police work and a never-give-up attitude have brought closure for a family after 43 years.

In 1978, when 30-year-old Terry Jordan, a librarian from Canberra, left Wanaka with his friend Marc Weinstein to climb Mount Aspiring, his family had no idea it would be the last they’d hear of him for 43 years.

Terry and Marc departed Wanaka on 3 December and planned to return in 10 days' time. According to reports, they left French Ridge Hut to climb Pope’s Nose on 10 December. The weather that day was severe.

When they failed to return on 15 December, a search was initiated. Marc’s body was found two days later. Despite an extensive search, Terry wasn’t found. An inquest concluded that he had died from injuries resulting from a fall on the West Face of Mount Aspiring.

Back in Canberra, Terry's family mourned his death but the story didn’t end there.

Thirty-eight years later in 2016, human remains, items of clothing and property were found on the lower reaches of Bonar Glacier, one of Mount Aspiring’s three major glacial systems.

The cause of death wasn’t clear but there was significant trauma consistent with a fall from height. Various lines of enquiry came up empty and the remains lay unidentified for five years.

They would have stayed that way if it weren’t for a last-ditch effort from Gaye Robinson of the Coroner’s Office and a dogged search for the truth by Canterbury Police Emergency Management Coordinator, Sergeant Phil Simmonds.

“I was contacted by Gaye to see if I could help,” says Phil. “I knew there would be a family out there somewhere without answers, so I was happy to look into it.”

Phil has been involved in search and rescue (SAR) and disaster victim identification (DVI) for more than 25 years. He has brought countless trampers and hunters home to their families from all over New Zealand. He also played a key DVI role after the Thailand tsunami, the Christchurch earthquakes and the 15 March terror attacks.

Despite the challenging nature of such work, Phil counts himself lucky. “I’ve got a great job where I can make a real difference to people. I get to bring their loved ones home. Sometimes it’s not in the circumstances they would have liked but they’re always grateful.”

With no DNA, dental records or fingerprint evidence because of the passage of time and environmental conditions on the mountain, Phil started with what he knew. “I reviewed all the paperwork, files and recovered property first.

“Among the items of interest there was a pair of distinctive togs, a pair of tramping boots, a pair of glasses and a wristwatch.”

Phil immediately ruled out a previous focus on another missing tramper because of their estimated height and discrepancies between the missing tramper's watch and the watch found with the unidentified remains.

He then reached out to a network of mountaineers, avalanche experts and SAR volunteers to build a picture of who was in the area at the time. This helped narrow his search further.

A mountaineer contact in Australia identified Terry Jordan as a climber who had never been recovered. Contact was made with his family who confirmed the togs and watch were likely to have been Terry’s.

Phil also discovered a curveball that may have thrown the initial investigation in 2016 off-course. A pair of glasses was found among the property, but Phil discovered they didn’t match Terry’s.

He checked the property report relating to Terry’s friend Marc, who also wore glasses, and discovered no glasses were found with his body. A photo confirmed the likelihood that the glasses found with Terry were actually Marc’s.

The final piece in the puzzle was to complete a glacial flow map. Phil contacted glaciologist Brian Anderson to provide a map and timeline from the accident site to the location of the recovered remains. Brian confirmed Phil’s hypothesis.

Although all the evidence was circumstantial, Phil concluded that the human remains found in 2016 on Bonar Glacier were those of Terry Jordan. Coroner Marcus Elliot reviewed the results of Phil’s investigation and his coronial findings came to the same conclusion.

Terry's family told Phil they always thought he would be found one day and were pleased that it had finally happened.

At the family's request, Terry’s remains were cremated. Some of the ashes will be returned to Australia with the reminder to be scattered at Bonar Glacier, his final resting place.

* On 19 March 2021, additional human remains were found on Mount Aspiring, not far from where Terry's remains were recovered in 2016. These have not been formally identified yet.

Previous
A whale of a task
Next
People of Police: Martha