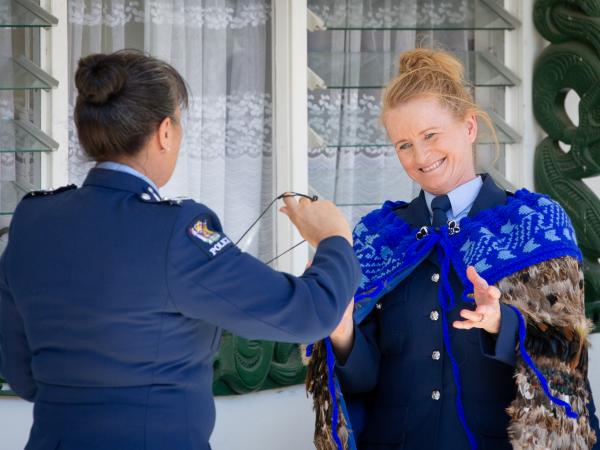 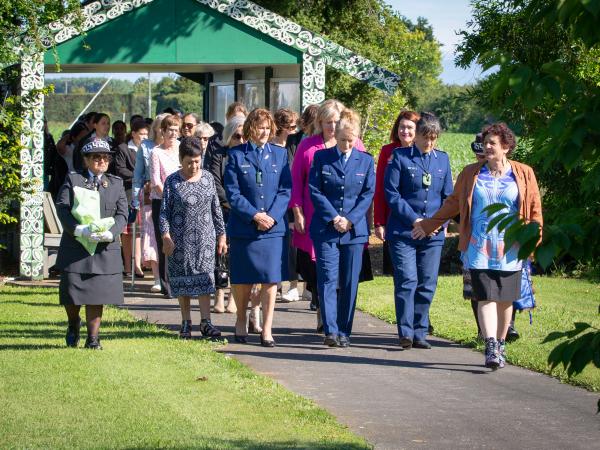 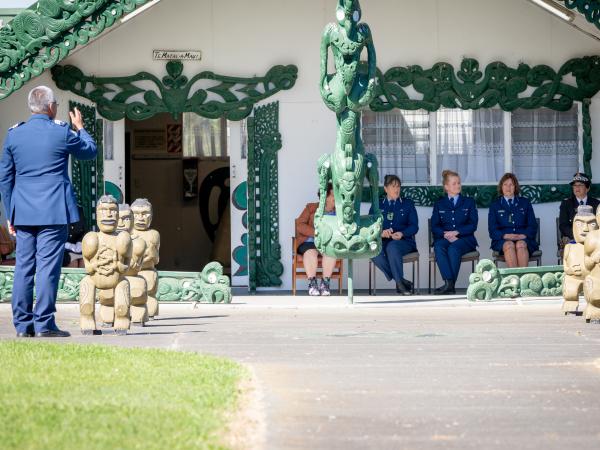 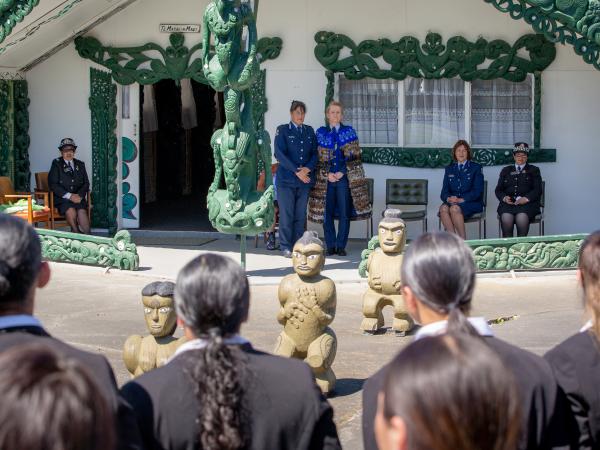 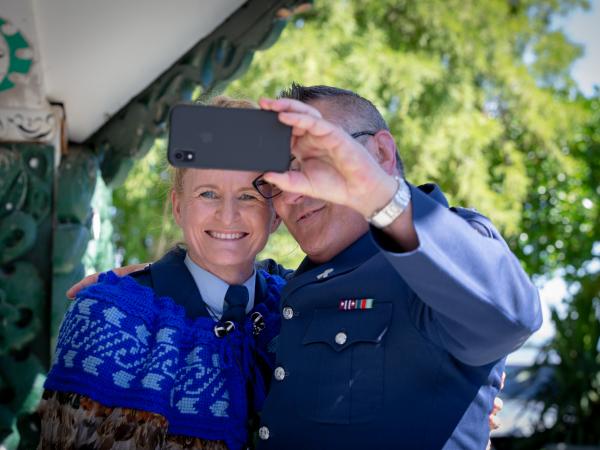 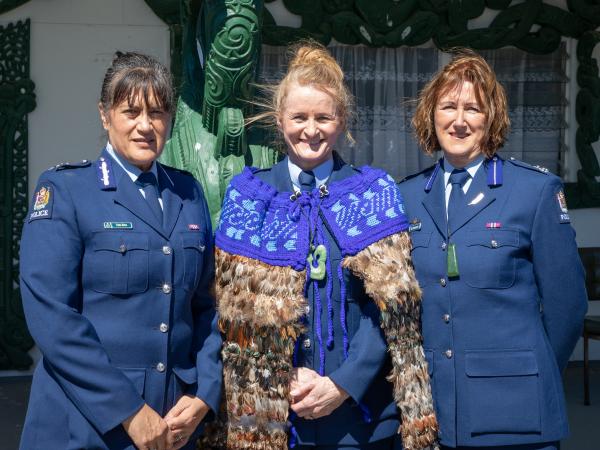 Newly appointed Eastern District Commander Superintendent Jeanette Park has had an official Hawke’s Bay welcome into her role with a pōwhiri at Matahiwi Marae in Clive on Friday morning.

She takes over from Tania Kura, who is now Deputy Police Commissioner for Leadership and Capability, based in Wellington, and was at today’s celebration along with Assistant Commissioner-Districts Sue Schwalger, Eastern District Police staff and executive, iwi, community leaders, whānau and friends.

As the Eastern District encompasses the Hawke’s Bay and Tairāwhiti areas, a separate pöwhiri will be held in Gisborne soon.

Superintendent Park told the gathering in Hawke’s Bay that she’s excited to be given the opportunity to lead such a large and diverse district, and keep the momentum going of Tania’s great work.

“I really care, people are at the heart of everything I do. If our people feel valued and trusted this will extend to our external trust."

She told the gathering she wants to work with iwi, other partners and service providers to make communities more resilient and to keep people out of the justice pipeline. She says that is something Police cannot do alone.

“I want our people to look beyond what is in front of them to help find alternative solutions working with our partners, community, agencies and iwi. Our people need to understand the importance of connecting with people and knowing their back stories – their why.”

“We must not judge people on their bad days. If I had been judged on my bad days I wouldn’t be standing here right now.”

Superintendent Park thanked her family for their love and support and for always being there for her. She acknowledged the amazing support she had received from Deputy Commissioner Tania Kura since arriving in Hawke’s Bay two years ago as Area Commander.

“I know how much you loved being Eastern District Commander and how hard it was for you to leave, but our leadership team are here today in support, and you and the community can be reassured that ‘we have got this’.”

Jeanette Park has been with Police for more than 29 years in roles which included Central District Prevention Manager, Road Policing Manager, District Intelligence Manager and 10 years CIB experience. For the past two years, she has been Hawke’s Bay Area Commander.