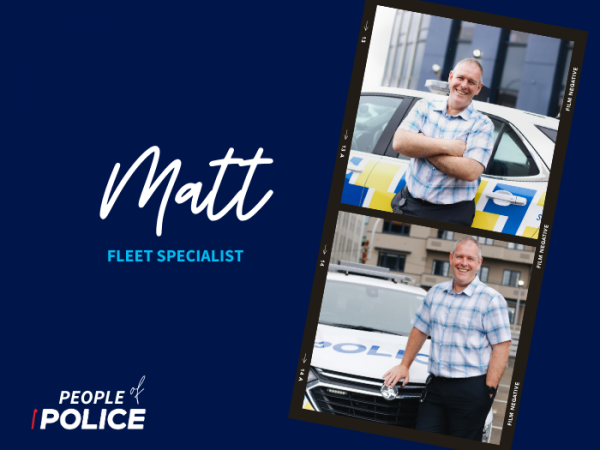 Before joining Police, I mainly worked in finance with almost 20 years in the banking industry, followed by a few years in the credit department at BP Oil NZ Ltd.

I have been in my current role since October 2011 and during that time I gained a graduate certificate in business management (fleet management) through external studies at Swinburne Institute of Technology in Melbourne, Australia. This course was offered as part of our membership with the Australasian Fleet Management Association (AfMA).

When people think of fleet, they think only of cars, but it is much more than that.

There are 27 motorbikes, about 2,700 frontline vehicles (police cars and the like), 4x4s, vans and trucks in our fleet. Then there are the vehicles which require special builds such as for the dog section, protection services and STG, and a couple of boats – DEODAR III in Auckland and Lady Elizabeth IV in Wellington.

Fleet management is mostly about communication and enabling our staff to have the best and safest fleet possible that meets their operational requirements. We are responsible for the fleet contracts, as well as the all-of-Government contracts for vehicles and fuel.

Some of the unusual aspects of the job are making sure a vehicle can perform in the role it is being earmarked for. There are speed and braking requirements as well as prototyping new equipment, all of which are tested to ensure the vehicle is fit for purpose before it is delivered to districts.

Other considerations are height and weight restrictions for some of our vehicles, plus the requirement to reduce our carbon emissions in line with Government targets.

And then there’s the new Skoda vehicles. It has been an interesting time since we learnt of Holden’s withdrawal from the New Zealand market and the process to deliver the new Skoda to our districts has not been without some challenges.

It is a fantastic car to drive and I am certain our staff will love the new car as they get delivered to districts in the coming months.

Trust me when I say that no two days are ever the same in this role.