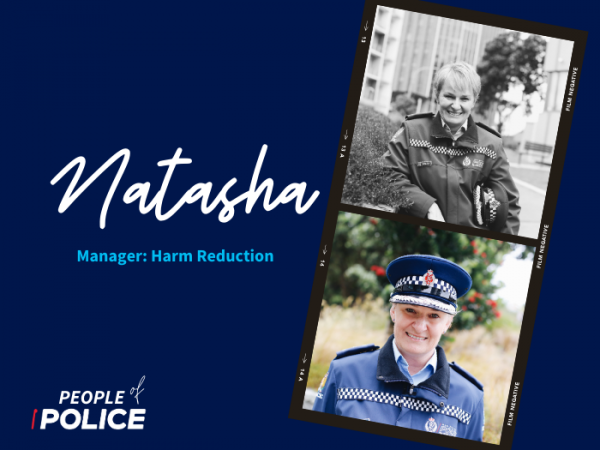 Kia ora koutou. For as long as I can remember I wanted to join Police. My mum once asked why and I replied, “I think being a police officer isn’t what you do, I think for some it’s who you are”. I felt that was the case for me.

After initially being told I was ‘too short’ due to a height restriction (by half a centimetre), the restriction was removed and in 1992 I graduated and returned to Palmerston North.

I have held many roles within Police in provincial and rural stations and also at the Royal New Zealand Police College and Police National Headquarters. The majority of my career has been spent in the Criminal Investigations Branch (CIB) investigating serious crimes, followed by training staff to become detectives. I then became a Detective Senior Sergeant and the National Co-ordinator Child Protection.

After promotion to Inspector, I moved into a role leading and supporting our police districts as they engage with key iwi and community partners in the co-design of a community response to family harm called Whāngaia Ngā Pā Harakeke.

Ensuring that tamariki and victims of serious crime receive the justice they deserve is vital. Many child abuse victims and child and family violence homicides I will never forget, and they help drive the work I lead today.

Currently as the manager of Prevention - Harm Reduction, I am responsible for the areas of family harm, youth and victims at a national level. Understanding what it is that our partners are trying to achieve and working very genuinely with them to achieve those common goals is crucial. I am privileged to work with amazing people across Government, non-Government organisations and community partners in this kaupapa.

In Police we strive for our communities to be safe and feel safe, and we will only achieve this outcome if we can work effectively with iwi, individuals, whānau, communities, and organisations to best support community wellbeing.

Ehara taku toa I te toa takitahi, engari he toa takitini.
My success is not my own but from many others.