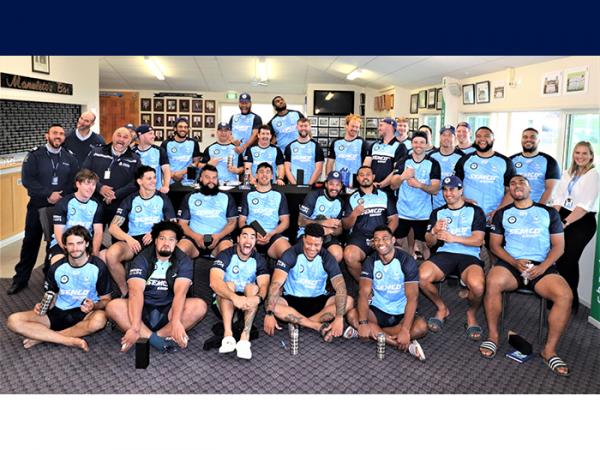 ​When the season kicks off, Taniwha rugby players will be promoting a road safety message on their shorts.

As part of the pre-season training programme, Northland Police had the opportunity to be part of a joint presentation with the Northland Transport Alliance (NTA), which has funded the campaign.

During the presentation, prepared by Nicole Korach of the NTA, graphic video clips were shown of unrestrained passengers in the back seat of a car. The reaction of the players was one of absolute shock.

“We went there to educate the team around the importance of wearing your seatbelt," says Terry.

"As ambassadors of the road safety message we wanted to ensure that they had knowledge around seatbelts and impact it can cause if not worn.

“We're proud to have our Northland Taniwha team on board to spread our road safety messaging within the community where they hold so much mana and respect. I know their message will be influential on our younger generations.”

During the session, Terry put the team through their paces using the 'drugged, drunk or concussed goggles' which showed the players what it's like to be under the influence of drugs and alcohol and how it affects judgement. 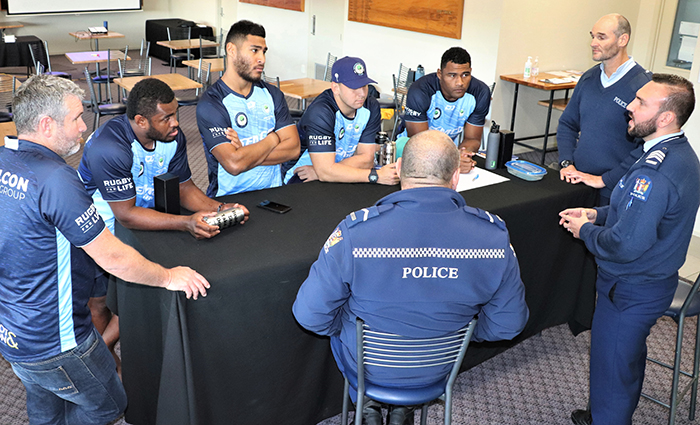 The police team of Doug Te Puni, Terry Phillips and John Pickering seized the opportunity to recruit some new officers. Don’t be surprised if you see them out in a patrol car getting an insight into frontline policing.

Nicole said the NTA was excited to be working with Northland Rugby Union to raise awareness and promote the life-saving message of Seatbelts On.

“Northland continuously has too many people dying on our roads who are not wearing their seatbelts and we need that to change,” Kate says.

There have been 19 deaths on Northland roads to date this year – including three who were not wearing a seatbelt.

“We see this campaign as an invaluable message to take into all of our clubs and schools,” Cam says.

“Sadly, we will all have experience of a loved one who has been injured, or worse, due to not wearing a seatbelt – if we can help influence the saving of a single life in our community, this campaign will be a huge success.”