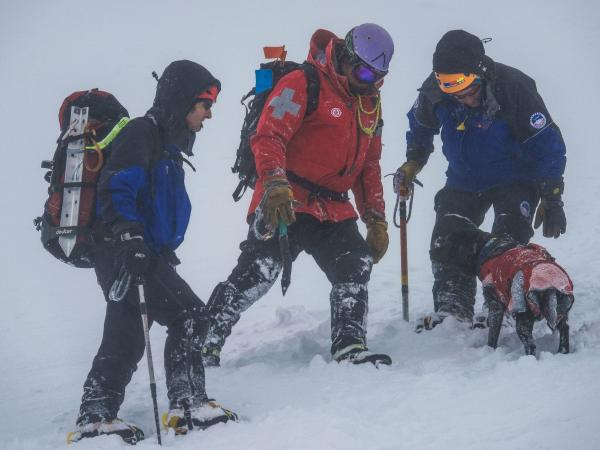 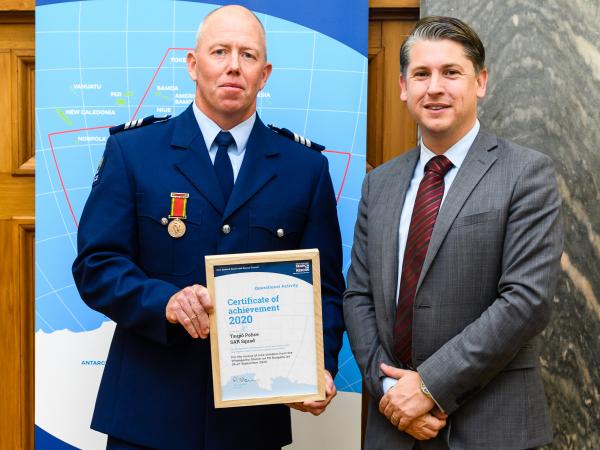 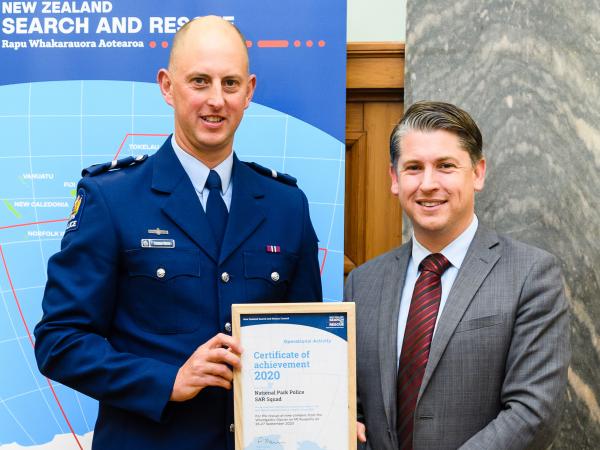 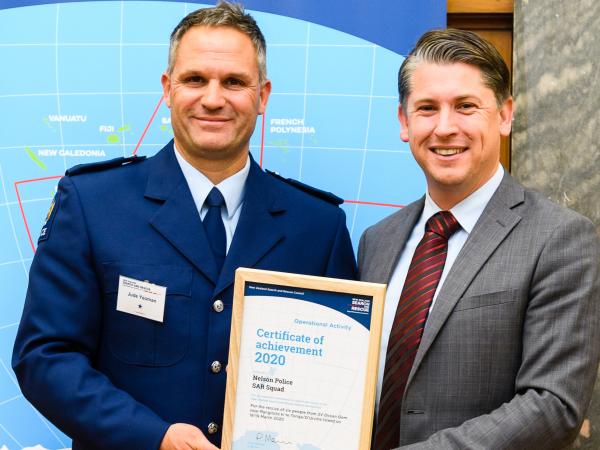 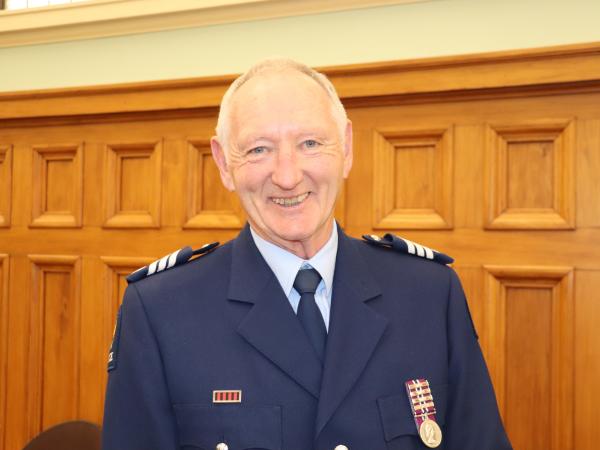 Police officers were among those honoured at the 2020 New Zealand Search and Rescue awards on Tuesday.

The awards were presented at parliament by Minister for Transport Michael Wood, in recognition of the outstanding achievements within New Zealand’s search and rescue region which covers 30 million square kilometres.

Receiving awards were Taupō’s Sergeant Toby Officer and National Park’s Senior Constable Conrad Smith who worked together across two districts to assist with the rescue of nine climbers from the Whangaehu Glacier on Mt Ruapehu in September 2020.

It took rescue teams more than seven hours to bring injured climber Emma Langley and her companions off the mountain in rapidly deteriorating weather, with gale force winds and rain. Tragically, the 37-year-old UK national died during the descent.

“This was an extremely challenging rescue operation only achievable with the skills and experience of the members of Ruapehu Alpine Rescue Organisation (RARO), Tukino Ski Patrol and LandSAR Turangi,” says Toby.

Conrad says: “Having the confidence to initiate a SAR operation in such exigent circumstances illustrates the importance of prior collaboration and training between Police staff and LandSAR groups from two different Police districts.”

The 12-tonne sailing yacht, en route from Hobart to Picton, had lost its steering and was drifting helplessly in the Cook Strait Channel in winds gusting between 20 and 25 knots.

“We would particularly like to acknowledge all the agencies involved. The positive outcomes highlight the value of consistently maintaining good working relationships with partner agencies.”

Waikato’s Sergeant Vince Ranger was also awarded for his service and commitment to search and rescue. He received a Certificate of Achievement – Support Activity.

Vince is soon to retire after 42 years in Police, 22 of which have been with Search and Rescue.

Manager of Police Command and Emergency Management, Senior Sergeant Rebecca Lockwood, says: “When people call for help, a whole network of volunteers and specialists come together as one professional unit.

“Crews of volunteers and people from a range of organisations risk their own lives and are a great example of teams working together for a shared goal – to bring missing and injured people home.

"LandSAR, Alpine Rescue teams, harbourmasters, Coastguard, medical specialists, heli-rescues, amateur radio emergency communicators along with many other groups selflessly work together.  We are very grateful to have such willing participants and these awards are well-deserved.”

Awards in the Operations category recognise significant rescue operations that took place between 1 January and 31 December 2020.

Awards in the Support category recognise the contributions of individuals to search and rescue in New Zealand.