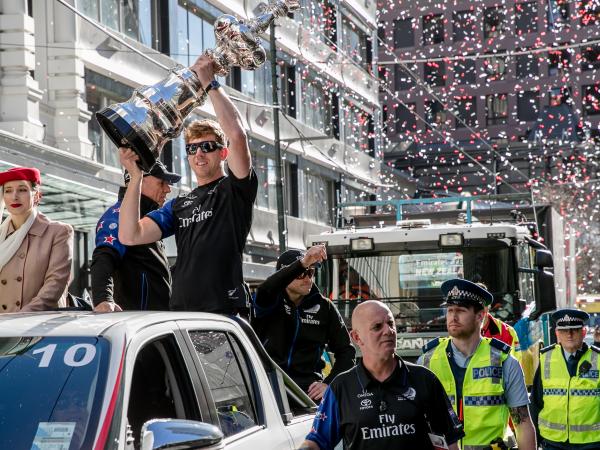 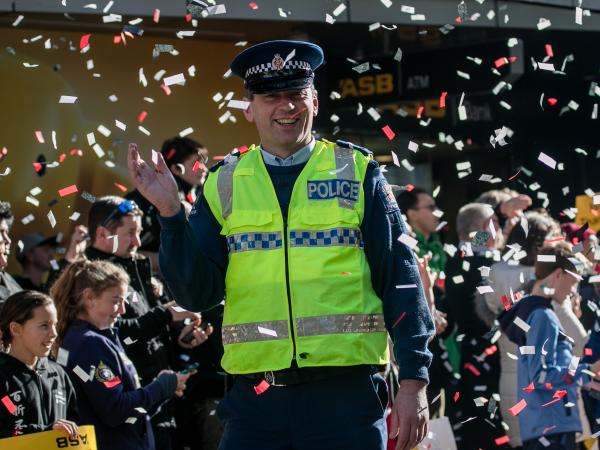 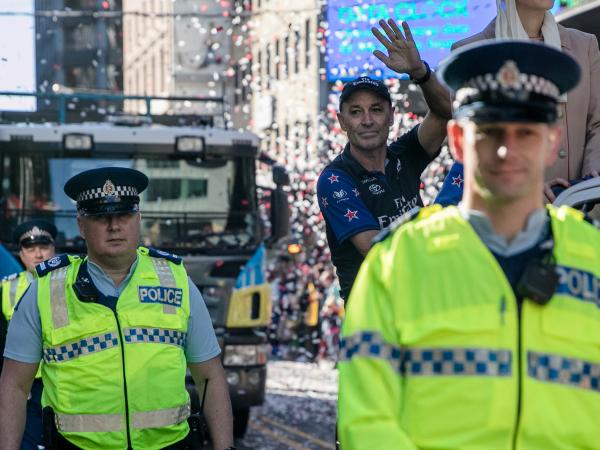 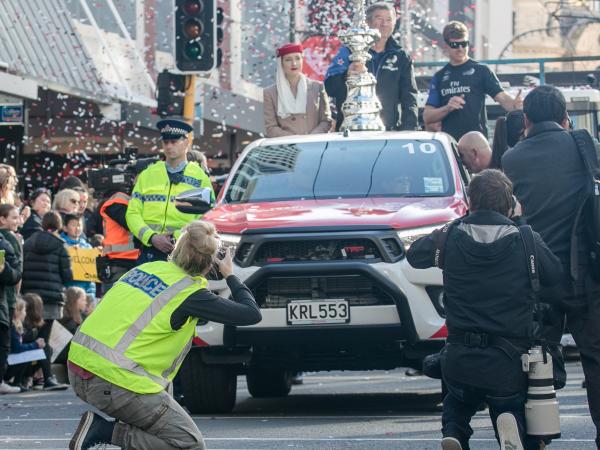 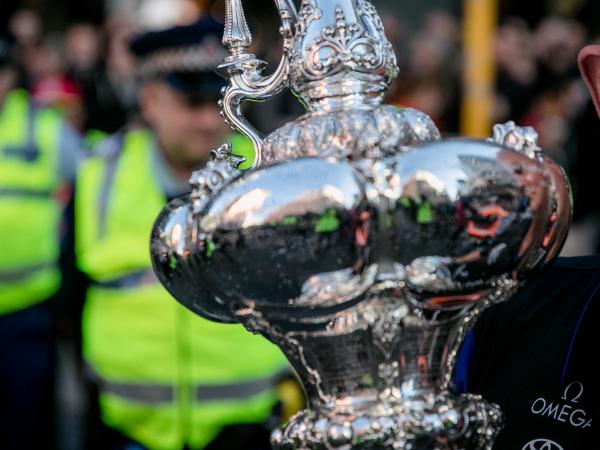 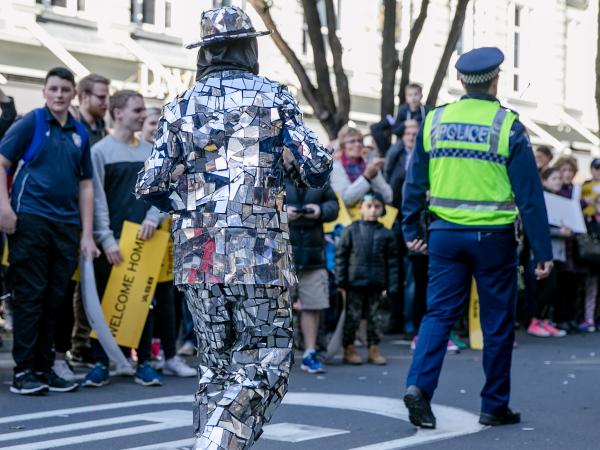 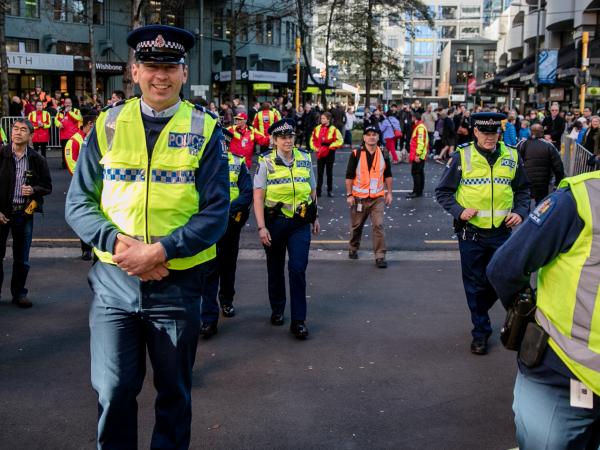 The Auld Mug has been well looked after over the past week during Emirates Team New Zealand’s victory parades.

Thousands of fans and wellwishers thronged the streets of Auckland, Wellington, Christchurch and Dunedin to cheer on our yachting world-beaters and the America’s Cup itself.

With the team every step of the way was New Zealand Police.

While the weather was challenging in Auckland, Christchurch and Dunedin, our photographers in Wellington were able to capture the proceedings as the parade made its way from Parliament to Civic Square under glorious blue skies.

Senior Sergeant James McKay, second-in-command of policing the parade, says more people turned out to see the parade than expected, with Civic Square full and people three or four deep along the route.

“It was a very well-behaved crowd – very vocal and very excited,” he says.