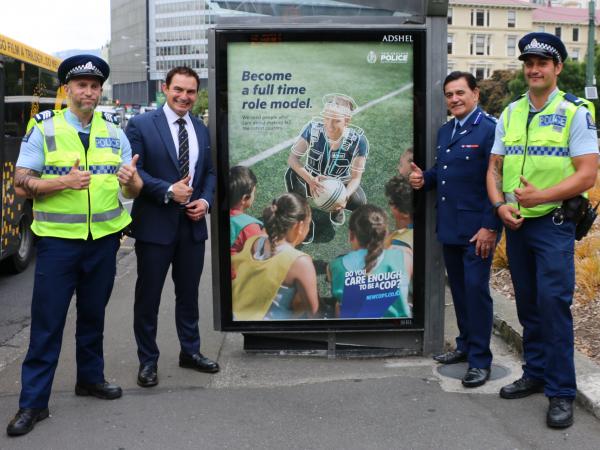 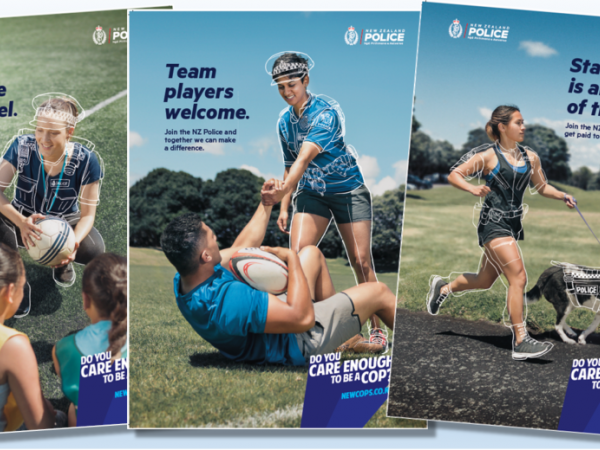 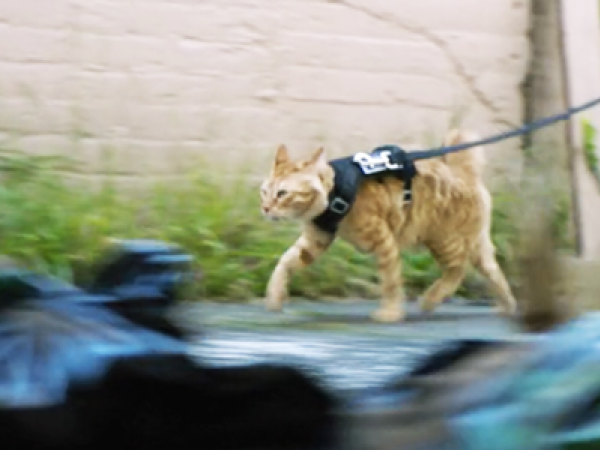 With the World’s Most Entertaining Police Recruitment Video receiving millions of views and making headlines worldwide, the campaign entered its second phase today with the launch of a series of posters.

Police Minister Stuart Nash and Assistant Commissioner Wally Haumaha this morning (29 November) revealed the first of the posters, on a bus shelter outside Parliament.

Minister Nash said the “absolutely fantastic” campaign would undoubtedly help recruit the hundreds of people Police needs over the next four years.

“It’s a bit of humour, but a very serious message as well,” he says. “If you want a good career, an interesting career, join New Zealand Police.”

The posters continue the ‘Do you care enough to be a cop?’ theme, highlighting how fit and community-minded people can make their passions and interests work for the good of New Zealand as police officers.

They follow the weekend’s launch of the video which by this morning had reached 10.5 million people on social media and been seen more than four million times.

Within 72 hours of the video’s launch, the Police Recruitment Facebook page had 11,000 new followers.

“We’ve been blown away by its international success because our focus was on the Kiwi market,” she says.

“We’ve had really good feedback, internally and from other police jurisdictions, that it really is one of the best recruitment videos ever.

“Now it needs to work for us – and it’s great that Recruitment are seeing the results.”

Kaye Ryan, Deputy Chief Executive People, says within a couple of days of the video launch around 700 people created profiles on the Newcops website, expressing a serious interest in joining Police.

“Around 20 percent identify as Asian and 15 percent as Māori, which is fantastic for the diversity of people we need to attract so we can better reflect our communities.”

Accolades for the video have come from social media users, news outlets and police services worldwide. Many comment on the diversity of our workforce, the Kiwi humour - and, of course, the fleeting appearance of a police cat.

One Twitter user’s comment - “My job hunt is over. Based solely on this video, I’ve decided to join @nzpolice” – voiced the interest among the campaign’s target market, 18 to 24-year-old Kiwis of all ethnicities.

Feedback received at Police National Headquarters included, from the Royal Canadian Mounted Police: “Your recruitment video is absolutely OUTSTANDING!!!! Our Executive Office has all watched and we can’t stop talking about it. Now we need to get our creative juices flowing to up the game on our recruit video!”

Click here to watch the video - or probably watch it again.