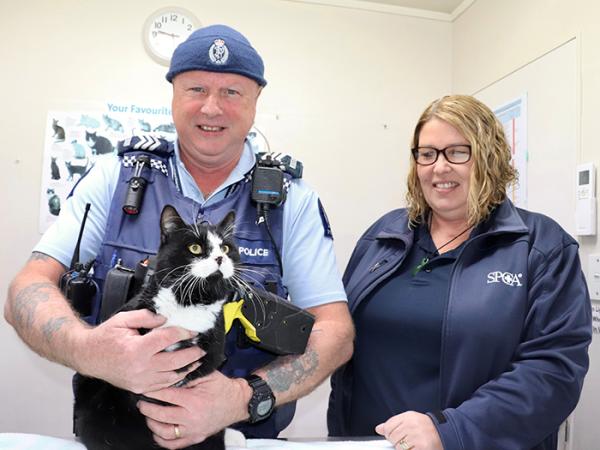 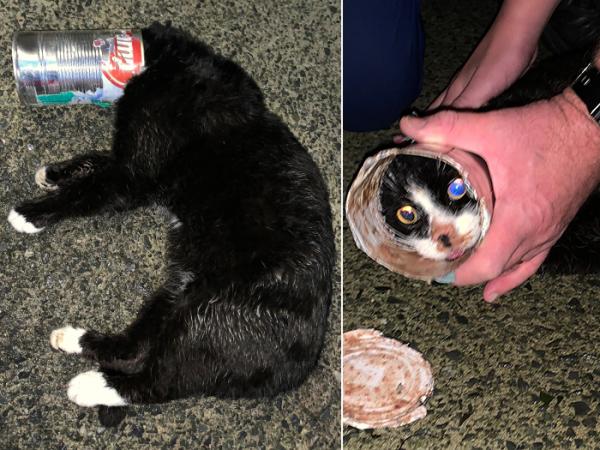 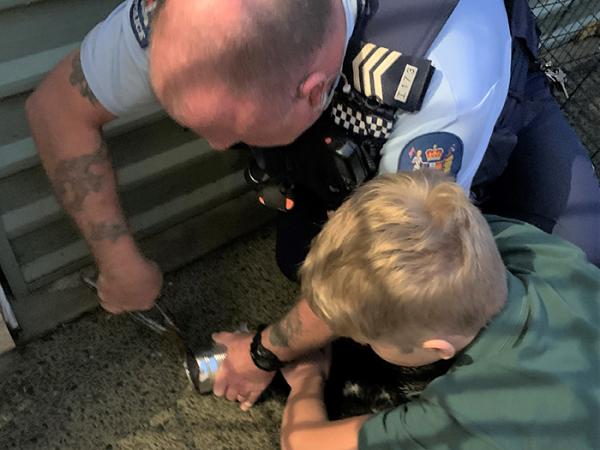 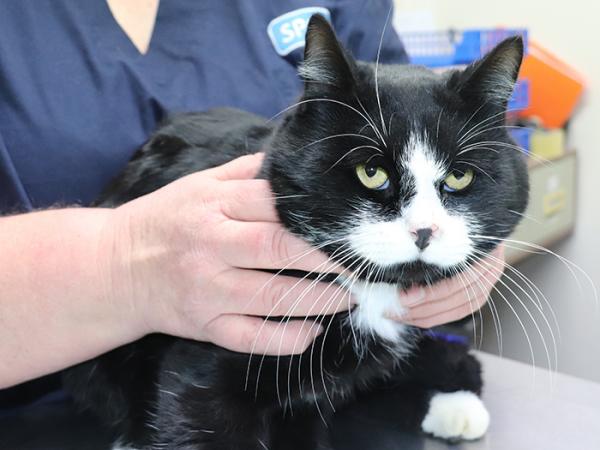 Trying to reach the last scraps of food in a can proved near fatal for one Whangārei moggy when it got its head stuck inside.

But thanks to animal lover Sergeant Paul Nicholas, who is excellent at cat-ching criminals, the cat was rescued from its very tricky situation.

The drama, which falls into an unusual cat-egory of policing, began when Paul discovered the near catatonic animal on Charles St in Kamo.

“While it looked quite comical, I realised it was fairly serious,” Paul says.

“Asking at the house where the cat was found provided no assistance. So, living nearby, I took the cat home to try to cut the tin from its head.”

The cat was virtually lifeless due to a lack of oxygen in the can but once the can was punctured with tin snips the air rushed in and the cat quickly revived.

“Once the end of the tin was removed, I tried to cut the tin off the cat’s head but erred on the side of caution and transported it to Kamo vets for expert removal of the tin, and not the cat’s ears.”

The incident was handled purr-fectly. The cat has made a full recovery and will be put up for adoption by Whangārei SPCA, where debate rages about a possible name - Tinny, Tintin and King Arthur are among the favourites.