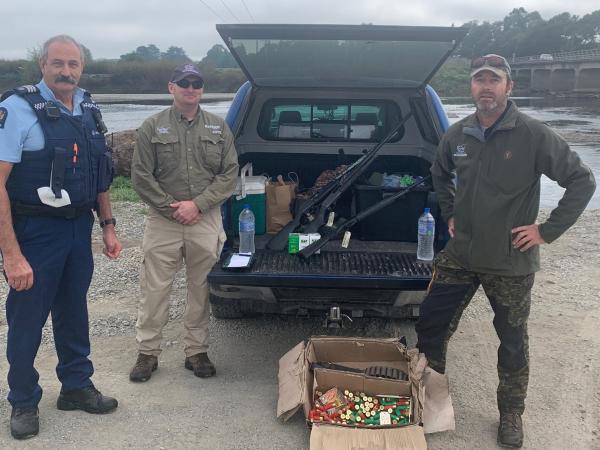 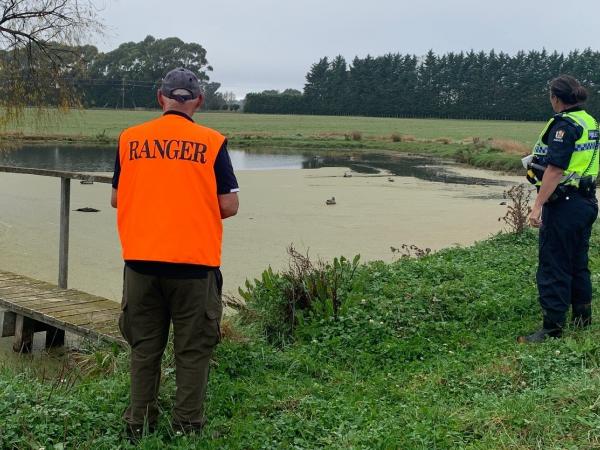 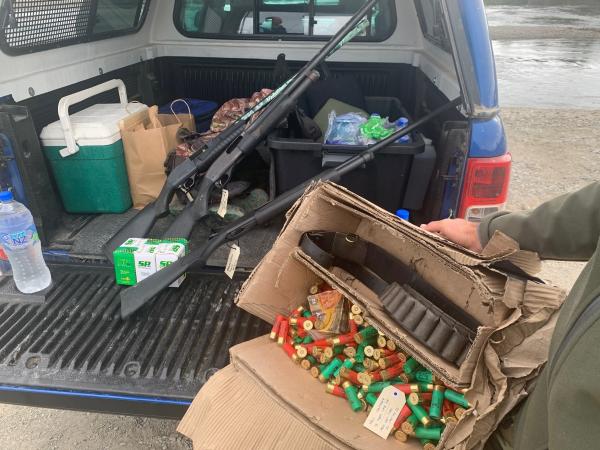 Home > News > Ten One Magazine > Quacking down on compliance

Wairarapa Police and Wellington Fish & Game teamed up on the opening weekend of duck hunting season to ensure hunters were complying with regulations and being sensible and safe.

The partnership provided both agencies with an opportunity for positive community engagement, and to work collaboratively on law enforcement.

It was a dawn start for the four Police staff and Fish & Game Rangers conducting the duck hunting compliance checks to catch the eager early morning hunters.

Over the course of the day, staff visited 20 rural properties and spoke with more than 50 people in multiple hunting parties.

“While Police were satisfied that all the hunters had current firearms licences, we were disappointed at the level of non-compliance with hunting regulations, such as shooting lead shot over water and hunting without a game bird licence,” he said.

As a result of this non-compliance, Fish & Game Rangers seized six shotguns and hundreds of lead ammunition rounds.

Though most people were well-behaved and their firearm licences above board, Senior Sergeant Ian Osland says Police were concerned to encounter several instances of alcohol in maimais.

“Although not illegal to have a drink while in charge of a firearm, we strongly advise hunters to leave the alcohol alone until hunters are safely home and the firearms are locked away at the end of the day.

“Unfortunately, over the weekend someone who had been out duck hunting and drinking in South Wairarapa made the bad decision to get behind the wheel later in the day. The result was a horrific accident that seriously injured two occupants of the vehicle. Impairment through alcohol and speed are suspected of being contributing factors to the crash.”

As the season progresses, Wairarapa Police and Fish & Game Rangers will continue to be visible and engage with hunters to ensure everyone is following the rules and enjoying their hunting.

Previous
WATCH: Understanding the signs for New Zealand Sign Language Week
Next
The best wing and their cool auntie