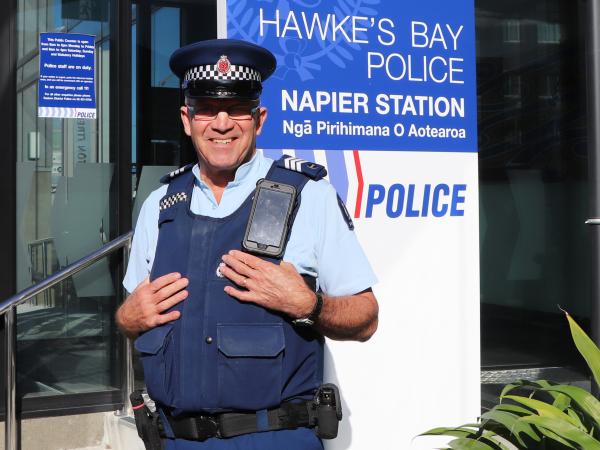 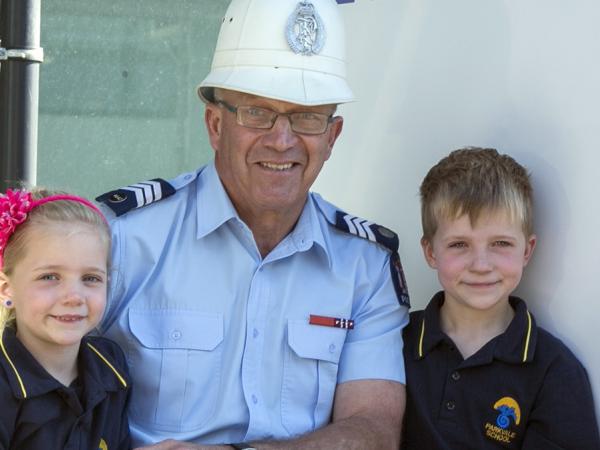 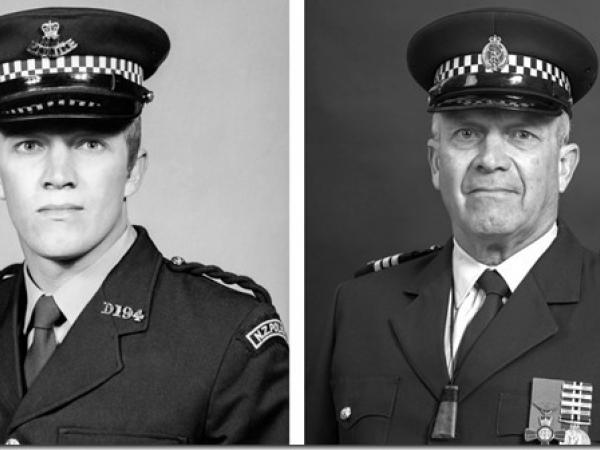 Home > News > Ten One Magazine > A revolutionary at heart

Sergeant Ross Stewart was fishing with his children at Napier Wharf when a big man approached. ‘You’re Ross Stewart, aren’t you?’ he said.

“I thought ‘Here we go’,” says Ross. “I was wondering whether to go for the pre-emptive strike or take the punch in front of my kids. I decided discretion was the better part of valour.”

The man told Ross he had dealt with him as a child on the Kapiti Coast. ‘You used to give me lectures. All the kids on the coast knew if you got a Ross Stewart lecture you were a bad arse.

‘You used to come round my house, get me out of bed, put me in the car and take me to school. You threatened to take me in my pyjamas once with the blue and red lights on.

‘When I was 19 I was banged up for burglary. Lying in my cell one night I thought about what you used to say.

‘I want you to know I haven’t offended since, I don’t use drugs, I’m married with a couple of kids, and I’ve found God. You did it. I wanted to thank you.’

Ross retires today (27 July) as OC Youth Services in Hawke's Bay area after a 45-year-plus career, mostly in Youth Aid. The wharf encounter is a stand-out memory, and Ross is glad he decided not to strike first.

“If I’ve only saved one kid from a life of imprisonment in 45 years it will have been worth it.

“I think a lot of Youth Aid staff feel the same way. We rarely see our successes but we see our failures. But we must be having some impact because youth reoffending is declining.”

As a child he took part in a burglary at a chicken farm. He was expelled from high school because of his revolutionary activities – using the school printing press to print a magazine calling for the overthrow of the school system.

“As I walked out the principal yelled after me: ‘You’ll spend the rest of your life behind bars’. Quite prophetic really.”

At his next school he and another boy built and detonated a bomb, and were hauled into the principal’s office. A lifetime working in the freezing works loomed large, so Ross decided to try Police.

He graduated in 1973 with the 17th David Thompson Cadet Wing and was posted to Auckland. In the mid-70s he transferred to Wellington as a founder member of the new Diplomatic Protection Service.

Among his protectees was Prime Minister Robert Muldoon. “I came to admire him for his compassion,” says Ross. “He had a caring side people never saw.

“My fiancée was unwell and he heard about it. He asked me ‘How’s your fiancée and is there anything I can do for you?’ I was gobsmacked that the Prime Minister would be concerned about some cop’s fiancée, and it was genuine concern.”

He took leave without pay to travel, during which he accidentally shot himself in the chest with a speargun in Australia. “You know in films when John Wayne gets shot with arrows and keeps on fighting? That’s bollocks. It was all I could do to draw breath.”

Returning to Wellington District, Ross worked on section then moved into Youth Aid and community roles in Porirua and on the Kapiti Coast. The first Family Group Conference was held at his house in Paraparaumu.

Tragedy struck when his wife Debbie was killed by a train on a level crossing, leaving Ross with two pre-school children. “It wasn’t a very easy time. Some people said ‘Give the kids up for adoption’, but I couldn’t do that.”

Great daycare support and flexible working allowed Ross to keep the family together. “Some people like to criticise Police but when the chips are down, we look after our own.”

Ross was a community officer based in the Coastlands Shopping Town, Paraparaumu, when he met promotions manager Gill. They have been married 28 years, with two more children to show for it.

They moved to Hawke’s Bay, where Ross has been based for 25 years, first at Hastings, then Napier. “I finally achieved my ambition, to be a Youth Aid sergeant.”

“They’re all prevention opportunities. If you don’t know what that is, it’s something that has occurred where you can have an input to stop it happening again.

“Every police officer should ask kids two questions – what makes you happy, and what makes you sad? If a kid tells you what makes them sad, there’s your opportunity to change their life.”

Alongside his Youth Aid work in Hawke’s Bay, Ross spent 15 years with the Police Negotiation Team – “because I can talk to people” - and served as its commander.

In this role he was in the thick of Operation Stingray – the Napier siege following the killing of his friend and colleague Senior Constable Len Snee in 2009.

He counts Len’s death as a low point. “There are a few guys I’ve known who didn’t finish their shift – Pete Umbers, Murray Stretch, Glenn McKibbin and Lenny.

“After 45 years I’ll finish my shift and go home to my family. They were all good men who never got the chance to do that.”

His family was always supportive, but he is moved when he remembers their visible relief when he decided to step away from the PNT and the situations it put him into.

Among the highs was becoming an Officer of the New Zealand Order of Merit in the 2016 Queen’s Birthday Honours, for services to Police and youth.

“After receiving the offer I spent about three days thinking about it, along the lines of ‘Do I really deserve it? There are people better than me’. But yes, I accepted it.”

Ross is enthusiastic about the Police High Performance Programme, and the way it enables his team to use their skills and experience for the greater good. “They’re empowered to make a difference,” he says.

“My staff can make decisions to do the right thing without having to come back to me for permission.”

Ross attributes his values to his progressive forebears, including a grandfather who ran a trucking company: when his Pākehā drivers refused to work with Māori colleagues, it was the Pākehā drivers who found themselves jobless.

There is still something of the revolutionary about him, embracing change. “My motivation is what can I do to make the place better?

“Some people see it as a weakness but I see it as a strength that I try to look for the best in someone. No matter who they are, inside they have some endearing qualities. I can’t think of anybody I’ve dealt with who didn’t.”

Ross will remain active in retirement. He has a part-time position with Oranga Tamariki and is on the board of Asha Ministries, a charity run by the Village Baptist Church in Havelock North to put impoverished Indian children through school.

He has travel plans - after many Indian travels with Asha Ministries, he plans to go there simply as a tourist, with Gill. Back home, he plans to indulge his passion for hunting and the outdoor life.

“I’m getting out before my ‘best before’ date passes and it becomes my ‘use-by’ date. I think I’ve timed it reasonably well.

“I want to do stuff with my wife, children and grandkids. I don’t remember my grandfathers but they helped make me who I am. I want my grandkids to remember me.”